Accessibility links
Singer India.Arie's Latest 'Testimony' Two-time Grammy-winner India.Arie calls her music an expression of her way of life. Her third studio album came out June 27 and jumped to the top spot on the Billboard chart. She performs live from NPR's studio 4A.

Hear a Live Performance in NPR's Studio 4A

Audio for this segment has been removed at the artist's request. 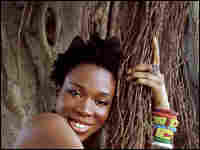 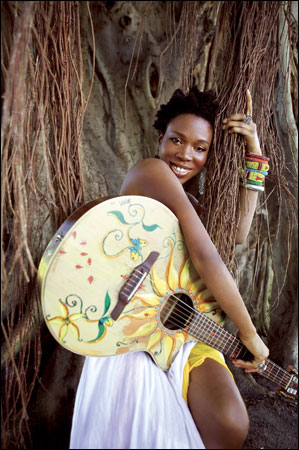 Five years after her debut album went platinum and shot her to stardom, India.Arie is still committed to telling people what relationships are really like.

Arie believes that music should be an honest output of emotion into song. It's also the way she leads her life outside the studio.

The fact that Testimony released on June 27, National HIV Testing Day, is a testament to her concerns for social change. She is a United States Ambassador to UNICEF and recently traveled to South Africa to learn more about the AIDS epidemic there.

Now, with 12 Grammy nominations to her name, India.Arie is poised for another hit. Testimony jumped to the top spot on the Billboard chart.

India.Arie visits NPR's Studio 4A, where she performs a few songs and talks about her music.