Accessibility links
Jonathan Ames' Personal Hardboiled Hero Author Jonathan Ames extols the virtues of Dashiell Hammett's hardboiled classic, The Dain Curse. "I started reading Hammett about a dozen years ago, after a long and enjoyable romance with Chandler," Ames says. "I return and reread both writers all the time." 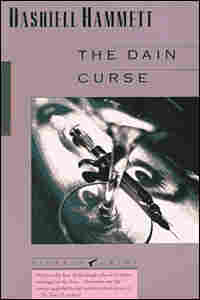 Read an Excerpt: 'The Dain Curse' 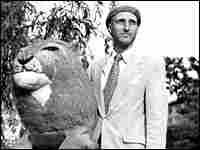 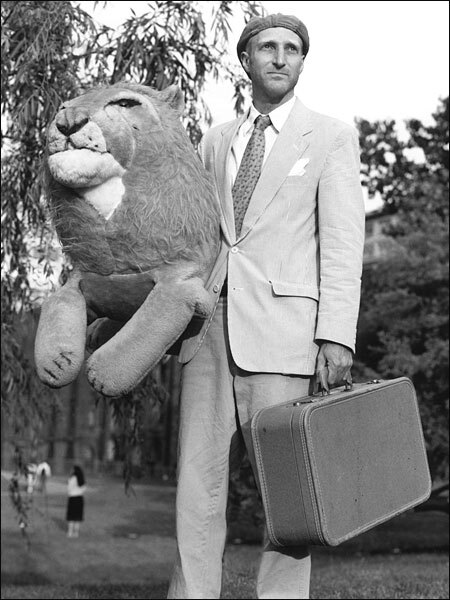 Jonathan Ames is the author of the novels I Pass Like Night, The Extra Man, and Wake Up, Sir!, among other works. His most recent book is a collection of essays, I Love You More Than You Know. Mr. Ames performs frequently as a storyteller and comedian and has been a recurring guest on the Late Show with David Letterman.

In his 1928 novel The Dain Curse, Dashiell Hammett spins out a set of three overlapping mysteries -- all involving high body counts and the alleged family curse that lends the book its title. The action starts with what looks to be an unassuming case of jewel theft, then moves through a faddish California religious cult, and climaxes at a remote Pacific Ocean hideaway, where a key character drops off a cliff and another is revealed to harbor an elaborate series of dangerous grudges.

Trailing all of this intrigue is a favorite Hammett creation, the Continental Op, who keeps his matter-of-fact, tough-guy cool even as numerous characters and social worlds explode around him. NPR discussed The Dain Curse and Hammett's legacy with novelist and essayist Jonathan Ames.

Q: It's often (indeed somewhat endlessly) debated that Hammett invented the hardboiled genre. However you come down on that question, though, the Continental Op seems to be the model for most of the subsequent hardboiled literary shamuses: wry tough-talkers who size people up in a heartbeat, spare on biographical background or love interests. Is he, in fact, the first hardboiled gumshoe?

Let me try to boil this question down, piece by piece, clue by clue. I guess Hammett's considered the inventor of the hardboiled genre, though I've also seen people make the link from Hemingway to Hammett. So we may have to give credit to Hem. But who knows? Some literary mysteries can't be solved.

The Continental Op has no name and he's in his 40s. He's squat and a little fat, but he's solid and knows how to land a punch. He's the opposite of the Thin Man, and quite the opposite -- from what I can gather -- of what Hammett was like, physically anyway. I love the Continental Op -- he's a force of nature. You never, in all the novels and short stories that feature him, learn his name. Once in a while, he gives a false name.

The Continental Op gives me courage. I try to be like him when I have to face the problems in my life: Go straight at them (even if your route appears circuitous), be as clear as you can about right and wrong, and achieve your objective with courage and cool. So, yes, the Continental Op may not be the first, but he's my personal, hardboiled hero. I love him as much as Philip Marlowe. Maybe I love Marlowe a little more. I'm not sure. I worship both of them and wish I had half their guts.

Q. Another early innovation I think you can give to Hammett is the smuggling of some fairly overt social criticism into the plotting of the mystery -- as in the middle section of this novel, which revolves around the rich and bored adherents of the wacked-out Landor cult. Since Hammett was a fairly unreconstructed Communist, do these scenes feel overplayed to you? Do they distract the reader or otherwise damage the forward motion of the plot?

Well, this book came out in 1928, and I don't know how serious Hammett's Communism was at that time. I do know he was a deeply idealistic man and he was more brave than most about the whole black-listing thing in the 1950s. In a lot of his stories, social criticism slips in, but if he used straighter message formats it would probably have been boring as hell. He wanted to entertain people, and I think the noblest goal of any writer is to entertain and give: It's generous. If he painlessly slipped in some political thoughts and heartbreak about the human condition without wrecking the story, then great.

Q. Do you think Hammett grew to feel imprisoned by the detective genre, as Raymond Chandler famously did?

I don't know. There's a good chance he did, since after the early to mid-'30s, he hardly ever published again. There was the war, his drinking and his lung problems -- I do know some of his bio -- but I don't know what ultimately shut him down. I think it takes great concentration to write the way he did, and he may have weakened. Or he wanted to write something 'deeper' perhaps, something not about criminals and detectives. Maybe his prose couldn't serve such a thing and he wasn't able to find a new way to communicate. I don't know. It's always a bit of a mystery when a writer goes silent.

Why hasn't this style of writing made more of a mark on the clumsily plotted thriller landscape of our age? Indeed, I'm hard pressed to think of any effective living practitioners of the hardboiled genre; the last such that comes to mind is Ross Macdonald, who died I think in the late 1970s. Is there something in hardboiled writing that's specific to a mid-20th century outlook?

I don't know whether we're a more clumsy age. It does seem that during the hardboiled age, which I'm estimating lasted roughly from about 1920 to 1960, people were more adult. Tougher. More mature. None of this "40 is the new 30" business. Something has happened where you almost never grow up in America. Maybe it's the greater wealth. The hardships that followed World War I, then the Jazz Age with the crazy Prohibition, then the Depression, then World War II, somehow seem to have made people tough, stoic, hardboiled. They may have also lacked some of the neurotic late 20th-century, early 21st-century insight that we have.

Anyway, I think there are still practitioners of the hardboiled genre. I haven't read too many of them, but they are out there. James Crumley, I believe, is still alive. I hope so anyway. (Editor's note: He is.)There's also a young writer, Charlie Huston, and while the narrator of the two books of his I've read (Six Bad Things and Caught Stealing) isn't exactly hardboiled, there's something about the material and the swiftness of his plots that feels hardboiled.

How about yourself? Is there anything in the Dain Curse or Hammett's work more broadly that's influenced your own work and writerly development?

I think I started reading Hammett about a dozen years ago, after a long and enjoyable romance with Chandler. I return and reread both writers all the time. They're just about my two favorite writers of all time. I don't think I've been influenced by Hammett, though maybe someday, I hope, I will be. 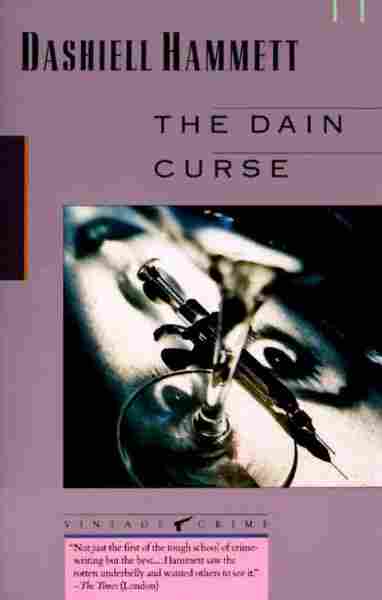