Accessibility links
Charlie Chaplin, in the Lens of History Greats including Winston Churchill and Graham Greene weigh in on the legendary comic actor Charlie Chaplin in a new essay collection. Editor Richard Shickel talks about The Essential Chaplin.

Listen
Charlie Chaplin, in the Lens of History 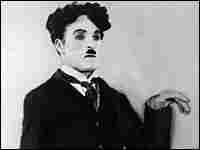 Richard Schickel talks about the collection of essays he has edited, The Essential Chaplin. Greats such as Winston Churchill, Graham Greene, James Agee and Alistair Cooke weigh in on the legendary film actor and director.

Schickel argues that Chaplin was the first American celebrity. He also notes that commentary on Chaplin in film's dawning era "was a necessary step on the movies' road to respectability, to its recognition as a legitimate art form with its own grammar and narrative tropes."

A tiny, passionate literature of film had begun to take root before Chaplin's arrival on screen. The movie trade press, in those days, took the movies with great critical seriousness, very soberly attending each new technological and aesthetic advance of the new medium. Its reviewers are now forgotten, but their work was filled with aspirations for the movies and, one suspects, for themselves as the first commentators to make film a subject worthy of thoughtful discourse. Then, in 1915, Vachel Lindsay, the populist poet, published what may be the first book-length study of the movies, The Art of the Moving Picture. There was something wild and wooly about his prose, which to the modern reader is often unconsciously comic. But his work was widely read and discussed (though he spoke only briefly and unenthusiastically about Chaplin). A year later Hugo Munsterberg brought out The Film: A Psychological Study, very Germanic in its taxonomic humorlessness but still something to be reckoned with.

In this period Francis Hackett, novelist and biographer, began writing sensible and attentive movie reviews in The New Republic, and by the early 1920s most serious publications were reviewing movies on a regular and by no means patronizing basis. Robert E. Sherwood, soon to be a famous playwright, was one such critic. So was Robert Benchley, later a beloved comic bumbler in the movies. Perhaps most important among these figures was Gilbert Seldes, who was the first multimedia critic, writing about all the popular arts—film, of course, but also vaudeville, Broadway revues, pop music, comic strips—arguing in lively, unpretentious prose for their expressive vitality, their importance in shaping the American sensibility at the beginning of the modern media age.

All these critics quickly began to pay particular attention to the works of Charles Spencer Chaplin. He was, in fact, a godsend to them. That's what I mean about the movies needing him as much as he needed the movies. For here was an inordinately gifted and popular star whose skills could be linked to the long tradition of clowning, traceable to the commedia dell'arte or even, if you liked, to Aristophanes (Seldes was the author of a modern version of the Lysistrata), who nevertheless owed his worldwide fame to the newest of all the media. His theatrical experience prior to the movies may have been no more distinguished than that of such other stars as Mary Pickford and Douglas Fairbanks (who came to film a year after Chaplin and became his best friend). But you could make something elevated, and, just as important, reassuring to the middlebrow audience, out of Chaplin's links to the great comic tradition. They were given leave not just to like him but to respect him—and the movies as well.

In a matter of a couple of years the early critics were in full appreciative cry, and with their aid Chaplin achieved a stardom unprecedented in the movies' short history. A case can be made that he was, from about 1917 or '18 through the late 1930s, the most famous man in the world. There were other famous people around, of course, and for the first time the mass media—film, radio, popular magazines, and newspapers—had the technology to apply a relentless scrutiny to the public's favorites. But no one—sports star, politician, author— commanded for so many years the avid gaze of the multitudes. Others came and went, but Chaplin abided, in ever-growing prosperity, at the top of the heap.

But we are getting ahead of our story. Chaplin's first success was an authentically populist one. It was the general public, not the artistic and intellectual communities, that first singled him out of the Sennett crowd. The not-so-hot Sennett movies tend to be narratively ramshackle, and though Chaplin found the rudiments of the costume and makeup that would stamp him forever in his second film, Kid Auto Races at Venice (which is one of his better Sennett releases), he appeared in a variety of other guises during that year and was often enough quite unsympathetic, not to say mean-spirited. One suspects that his delicacy had something to do with the notice that was taken of him. Sennett's comedians were, on the whole, rather large men, given to rather crude comic activities. Chaplin was slight of build, graceful in his movements, and—at least in this bustling context— subtle in his responses to comic predicaments. He appears to have instinctively grasped the essence of movie performance, which is that the camera must be, and can be, trusted to direct our attention to the small, telling gesture or expression, that you don't necessarily have to do a pratfall or a skid turn to claim its regard. Chaplin mastered the broad basic grammar of silent comedy, but it was often his minimal-ism at the center of the Sennett frenzy that caught the audience's eye. This was especially so when he began writing and directing his own work, about four months after his first Sennett film was released.

The first prominent person outside the trade press to write appreciatively of Chaplin was Minnie Maddern Fiske. Forgotten now, she was, in her rather long day—her career lasted from the 1870s until 1930—generally thought to be one of the great American actresses. She too was a minimalist, famous for commanding the audience's attention by standing stock still on the stage for twenty minutes, or turning her back on it to deliver an important speech. In 1916 she wrote that much of Chaplin's work was vulgar, but she observed that vulgarity had been essential to comic art from the its beginnings (she was probably the first writer to evoke the spirit of Aristophanes and Plautus in considering Chaplin). More important, she noticed the precision of his technique, asserted amidst the "primitive and meaningless" hubbub of his first films. She predicted for this "extraordinary artist," with his "serious, wistful face," that he would "attain the artistic stature to which he seems entitled." 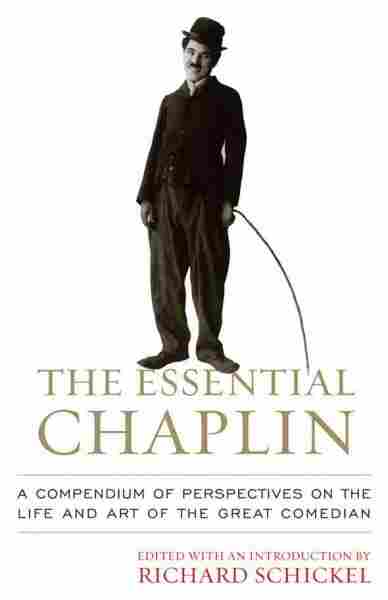 Perspectives on the Life And Art of the Great Comedian