Researchers studying Attention Deficit Disorder (ADD) are lauding the development of video games that reward focus and concentration by using electrodes to monitor players' brainwaves. Many clinicians are embracing the technology as a useful treatment tool for young patients suffering from ADD. 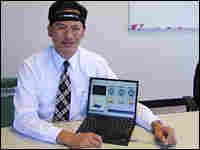 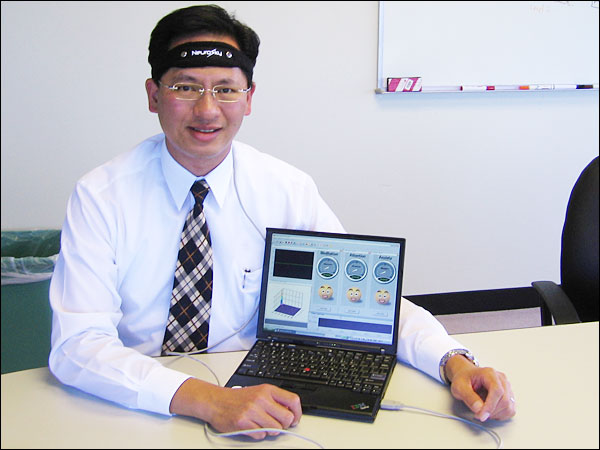 It's DAY TO DAY. I'm Noah Adams. In a few minutes, one writer's story of her struggle with the highs and lows of mental illness. But first, if you really put your mind to it you can make it happen. That is increasingly true in the world of video games. There are new games in which the intensity of a player's concentration and focus can virtually lift a table or send a car racing faster. While these games may be fun, as NPR's Laura Sydell reports, they are also helping people with Attention Deficit Disorder.

Scientists have been studying human brainwaves since the 1920s. By putting electrodes into certain parts of the scalp it is possible to measure the electrical activity of the brain. The resulting signal can be measured on paper or by computer. Eight-year-old Julia Mather(ph) is playing a commercially available game called Splashdown on her Sony Playstation. Hooked up to the game console and to Julia is another technology made by a company called CyberLearning. Julia wears a cap with electrodes on it that measure brainwaves, which indicate how closely she's paying attention. She has attention deficit disorder, or ADD. Julia plays the game with a normal handheld controller, but when her mind wanders...

Ms. JILL MATHER (Julia's Mother): The first thing that happens is you lose your steering control, and then if you can't pull it together pretty fast, you lose your speed.

SYDELL: That's Jill Mather(ph), Julia's mother. She and her other two daughters also have ADD. For the last six months, the family has been working closely with a doctor who prescribed the CyberLearning technology. Mather says playing these games for 45 minutes several times a week has changed all of their lives.

Ms. MATHER: In six months, the kids are off their meds, I'm off my meds. This one is reading. I didn't think she'd be able to read. It was a horrible, horrible nightmare. And she's reading.

SYDELL: Not only is she reading, but she and her sisters are having a good time treating their ADD.

Ms. MATHER: It's sit down and we're going to do our neurofeedback. And it's not painful.

SYDELL: The CyberLearning technology costs just under $600, but it's thousands of dollars more to work with a clinician who monitors the exercises. The computer interface, used by CyberLearning, was originally developed by NASA to measure the astronauts' concentration. Dr. Alan Pope, a research scientist at NASA knew that similar technology known as neurofeedback have been useful to individuals with ADD. He wondered if neurofeedback technology would be more effective if it was hooked up to games. A study proved him right.

Dr. ALAN POPE (Research Scientist, NASA): We also noticed that there were dropouts in the group that had to put in 40 sessions of training with simple graphic displays and no dropouts in the video game treatment group.

SYDELL: Playing games using brainwaves is so much fun that now other companies are looking to market similar technology for entertainment.

Mr. STANLEY YANG (CEO, NeuroSky): Wipe everything away from your mind, relax, and take a deep breath.

SYDELL: That's Stanley Yang, CEO of NeuroSky, a Silicon Valley startup that's developed its own brainwave reading technology for playing video games. Yang is talking to me. I've got electrodes on my scalp hooked up to a computer and I'm trying to raise the level on a meter that gets higher the more relaxed I am.

I guess I'm jut not relaxed, am I?

Mr. YANG: No, you're not. What you're doing is you're paying attention to the meter.

SYDELL: In fact, a good question might be how much can a computer know? Scientists within NeuroSky and other researchers are still trying to determine the meaning of particular brainwave activity. Yang believes we've just scratched the surface.

Mr. YANG: Eventually, maybe we will achieve a way of complete interface between the human mind and the computer somewhere down the road. Like the complete Matrix style lifestyle maybe, you know, some 50 years from now.

(Soundbite of movie The Matrix)

Mr. LAURENCE FISHBURNE (Actor): (As Morpheus) You have to let it all go, Neo. Fear, doubt and disbelief. Free your mind.

SYDELL: Well, for now, mind reading computer games are meant to be fun. NeuroSky expects the first games using its technology to be out next year. Laura Sydell, NPR News, San Francisco.