Accessibility links
Hezbollah in the U.S.: Fundraising or Worse? The FBI has been tracking Hezbollah fundraising in the United States for years. But there is debate within law enforcement circles over whether the group would launch attacks on U.S. soil.

Listen
Hezbollah in the U.S.: Fundraising or Worse? 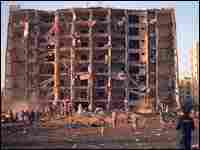 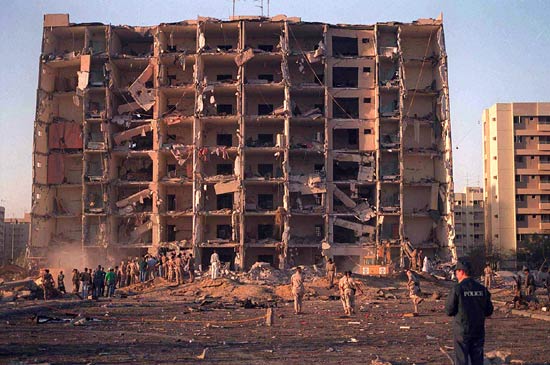 Hezbollah has been tied to the 1996 Khobar Towers attack in Saudi Arabia that left 19 U.S. servicemen dead.

After the State Department designated Hezbollah a foreign terror organization in 1996, the FBI began to conduct wide-ranging operations to shut down the group's fundraising activities in the United States.

"Before 9/11, they had killed more Americans than anybody else on the terrorist scene," says Ken Piernick, a former FBI special agent who ran the bureau's Hezbollah program.

In addition to other terrorist attacks, Hezbollah has been tied to the 1983 Marine barracks bombing in Beirut that left 241 U.S. personnel dead, and the 1996 Khobar Towers attack in Saudi Arabia that left 19 U.S. servicemen dead.

Dennis Lormel, who founded the counterterrorist financing program at the FBI, says the United States has been a cash cow for Hezbollah.

"They raise funds through business fronts, through criminal activity, use of shell companies and through fundraising mechanisms," he says.

Before the Sept. 11 attacks, Hezbollah was the top priority for counterterrorism agents at the FBI, Lormel says.

In 1999, U.S. Attorney Ken Bell received a strange telephone call from Washington. The FBI urgently wanted to talk with him.

Bell had gathering evidence in a case against a cigarette-smuggling ring operating out of Charlotte, N.C.

"While the case was still under investigation," Bell says, "the FBI came to us in a classified setting and let us know that the targets of that investigation were members of a Hezbollah cell in Charlotte."

Bell successfully prosecuted six members of the cell, including the ringleader, Mohammed Hammoud, now serving a 155-year sentence in a federal prison.

"Hammoud would convert it to cashier's check and just hand it to the next guy going home on a plane who'd put it in his coat pocket and fly to Lebanon," Bell recalls.

A support cell in Canada served as the procurement office purchasing dual-use materiel such as night-vision goggles, communications equipment and drone technology. All of it eventually made its way to Hezbollah in Lebanon.

Most law enforcement officials interviewed agree that Hezbollah is one of the best-trained and most sophisticated terrorist organizations in the world. "The A-team of terrorism," as former Deputy Secretary of State Richard Armitage described the group.

Hezbollah has the capacity to carry out large-scale terrorist attacks worldwide. But there is some debate within law enforcement circles over whether the group would launch attacks in the United States.

"Because they have had the ability to raise funds the way they do," says Lormel, "[they'd be] less inclined to want to commit a violent act [in the United States] because it could alienate their fundraising base."

"I think we dismiss the potential of Hezbollah striking in the United States at our peril," he says in an interview with NPR. "If you go back to the months before 9/11 and look at some of the mainstream writing -- including, incidentally, some of the senior people in [NPR] -- about Osama bin Laden and was he really a threat and what did he amount to. Well, the growing opinion seemed to be that he was just a sort of weirdo, a guy who had a lot of money but not really a serious threat." 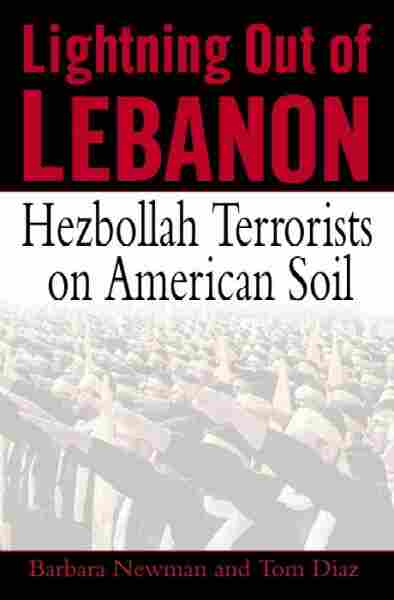 Lightning Out Of Lebanon

by Tom Diaz and Barbara Newman