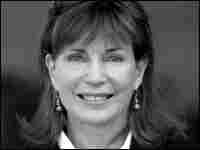 Long-term segregation — also known as solitary confinement — has been used in U.S. prisons since the late 1820s. But the practice only became widespread during the past two decades. That rise has coincided with a burgeoning prison population, and with the growing power and influence of gangs within the U.S. correctional system.

And yet, for more than a century, legal questions have surrounded the use of long-term segregation.

Roger Pilon, a legal scholar with the Cato Institute, discusses some of the legal concerns involved. Read the Q&A with Pilon.

Prisoners confined to long-term segregation live in isolation, in small, often windowless cells, for years or even decades. They are passed food trays through slots in the doors. A few times a week, they are let out, in handcuffs and shackles, for a shower or to exercise in a small, enclosed space. As a general rule, they have almost no human interaction except with guards, no access to newspapers or television, and are allowed few personal items -- a few photographs, perhaps a book.

Estimates suggest at least 25,000 U.S. prisoners are held in such "Supermaximum security" conditions, which were designed to hold the most violent of inmates. The rising use of long-term segregation has drawn sharp criticism from human-rights experts.

NPR discussed these concerns with Jamie Fellner, director of the U.S. program for Human Rights Watch. She has been researching and writing about prison conditions in the United States, with a focus on Supermax confinement, for more than a decade.

Q: Is there good reason to keep prisoners in long-term segregation in U.S. prisons?

The massive use of long-term segregation reflects a failure of correctional policies. Segregation has become routine because of exploding prison populations, which strain meager prison budgets. That has made it difficult for officials to provide humane prisons with educational, counseling and rehabilitative activities. And we know that prisoners who have access to education while incarcerated, for example, are more likely to remain law-abiding once they're released.

That said, there may always be a few inmates who simply prove too dangerous to be in the general population. For them, some form of segregation may be the only option. But even then, the nature of segregation should be rethought. No one should be confined in small, empty cells with nothing to do -- and no one to talk to -- day in and day out, year in and year out.

Q: What worries you most about long-term segregation?

Our research shows that segregation is used far more frequently, for far longer periods of time, and under far harsher conditions than is legitimately needed to manage inmate security.

Supermax facilities have been built in excess of the number of truly "worst of the worst" prisoners they were ostensibly intended to house. They're often used for any troublesome inmate -- including those who break minor rules, are in a single fight or are mentally ill and act out.

The conditions of isolation are harsh and degrading. For many, the absence of normal social interaction, of mental stimulation, of exposure to the natural world -- of almost everything that makes life human and bearable -- is emotionally, physically and psychologically destructive. The experience is hardly conducive to successful re-entry to the community. No other Western democracy imposes such conditions of confinement for prolonged periods on so many people.

And segregation can last for decades. Officials have complete discretion when to release an inmate; there's no guarantee good behavior will secure a release. Corrections officials must be able to exercise their professional judgment -- but such discretion must be tempered to minimize the risk that an inmate is unnecessarily sent to or kept in segregation. Principled leadership, careful staff training and effective internal-review processes can help. But external, independent scrutiny is also needed to prevent abuse and give inmates recourse against arbitrary and unfair treatment.

Q: What do human-rights experts believe to be most problematic about the day-to-day conditions of long-term segregation?

More than a decade ago, a federal judge noted that prolonged segregation pushes the bounds of what human beings can tolerate. Whether or not it produces clinical psychiatric symptoms, living in such conditions for years is likely to produce unfathomable misery and suffering.

Some inmates with no prior history of mental illness develop clinical symptoms of psychosis or severe affective disorders. For prisoners with a history of mental illness, the isolation, lack of social interaction and lack of structured activities can aggravate their symptoms. Even worse, mental health service for prisoners in segregation is usually far worse than for the general population. The result is mental agony, sometimes to the point of suicide. Inmates whose illness becomes acute may be transferred to mental hospitals -- but once their condition is stabilized, they are returned to segregation, where the cycle of illness begins again.

Q: Prison officials say a burgeoning gang problem is one reason for long-term segregation. How can they deal with gangs without housing offenders in isolation?

The problem of violent gangs in prison is serious -- and growing. But there's no evidence that long-term segregation is the solution. California, for example, has a horrific problem with gangs -- despite the fact that it has been locking gang members in segregation for years, refusing to let them out unless they renounce the gang and identify members.

Gangs in prison serve many purposes: They provide status and respect, a sense of purpose, protection and an opportunity to acquire goods and services. Punishing gang members does little to change this function or to reduce the allure and power of gangs.

Many corrections experts believe a solely punitive response to gangs is doomed to fail in prisons, as it has in communities. What's needed is an approach that combines "law enforcement" with better prison conditions: reduced crowding, increased educational and productive activities, more mental health counseling, and more staff to increase safety.

Q: Some prison officials say some inmates are too violent to remain in the general population. If they aren't sent to isolation, what should be done with them?

There would be much less violence in prison -- and much higher prospects of successful reintegration into the community upon release -- if public policies and correctional practices yielded something other than today's barren, overcrowded warehouses for people.

But prison officials can't do it alone. The single biggest problem they face is the staggering and ever-growing size of the prison population. Too many people are sent to prison for crimes for which alternatives to incarceration would be appropriate, and their sentences are far too long. Public officials have been willing to give the United States the largest prison population in the world, but they haven't been willing to allocate the funds to ensure humane confinement.

Elected officials should put prison reform on their agenda. They should give prison officials a clear mandate to provide productive confinement, they should give them the necessary resources, and they should hold them accountable when they fail. If prison were dramatically improved, long-term segregation would be needed for very few.