Accessibility links
Drive-By Truckers: Rock Southern Style Firmly anchored in the stuff of southern legend, The Drive-By Truckers' songs are full of love and loss. They played songs from their latest album, A Blessing and a Curse, at NPR's studios.

Scroll down to hear the Drive-By Truckers in concert at The 9:30 Club in Washington, D.C., on July 15. 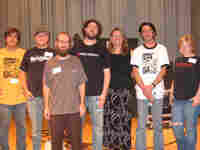 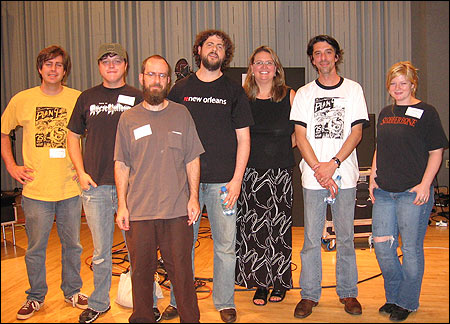 More from the Truckers

Hear online-only music and commentary from the band.

The Drive-By Truckers are a Southern rock band, but they're just as much poets as partiers.

They do have three guitars, and hail from Georgia, but they sing no rebel anthems. And they're partial to hip-hop in their down time.

Their latest album is called A Blessing and a Curse. The songs are full of love and loss, firmly anchored in the stuff of Southern legend.

They visited NPR's Studio 4A to play some tunes and talk about their latest album, and what it's like to be pegged as the heirs to Lynyrd Skynyrd — the next great southern rock band. They also talk about the recurring theme in their music of self destruction, and their Southern roots. 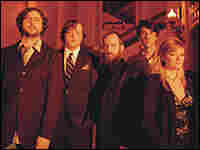 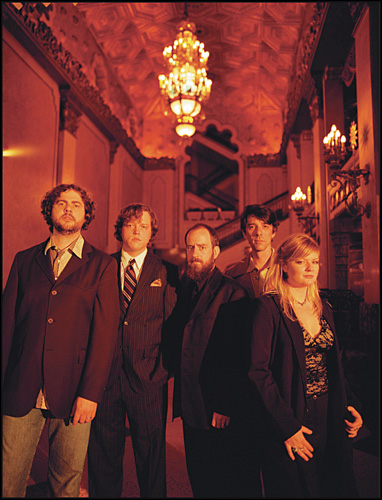 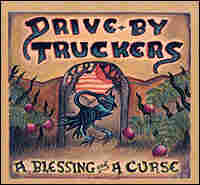 The Drive-By Truckers' latest CD is A Blessing and a Curse. hide caption

"Where the Devil Don't Stay"

"Sounds Better In the Song"

"When the Pin Hits the Shell"

"Let There Be Rock"

"Puttin' People On the Moon"

To download PC users right-click the link and select "save target as." Mac users control-click and "save (or download) linked file." 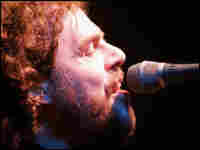 The Drive-By Truckers have been making bold, often epic southern rock since they first formed in Athens, Ga., a decade ago. Currently on tour for their seventh album, the band visited the 9:30 Club in Washington, D.C., for a night of live music, originally webcast in its entirety on NPR.org July 15.

The Drive-By Truckers features three guitarists and songwriters: Patterson Hood, Mike Cooley and Jason Isbell, along with bassist Shonna Tucker and drummer Brad Morgan. Hood and Cooley formed the band in 1996 after meeting in college and have since played with a revolving cast of other musicians.

The band's songs tell tales of drunks, widespread poverty, loveable losers and stubborn good ol' boys set against a backdrop of trailer parks and southern despair. They speak of "the duality of the Southern thing," pride and regret: the pride of belonging to a special place with a separate history, speaking in a distinct accent, and a feeling of discomfort, too, about some of that history and attitude.

The Drive-By Truckers first reached a major audience with its 2001 concept record Southern Rock Opera. The double album uses the rise and fall of the southern rock band Lynyrd Skynyrd as a metaphor for the cultural fall of the South as a whole. It was followed by Decoration Day in 2003, The Dirty South in 2004 and this year's A Blessing And A Curse.