Accessibility links
'The Librettist of Venice:' Mozart's Poet Lorenzo Da Ponte wrote the librettos for Don Giovanni and other Mozart operas. The Venice-born writer helped bring the Mozart's works to life, seeming to know exactly what the composer wanted to say, the author of a new Da Ponte biography says. 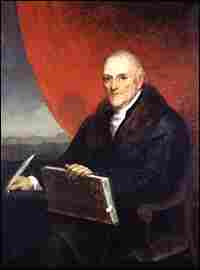 An unidentified artist's portrait of Lorenzo Da Ponte. Scroll down to read an excerpt from The Librettist of Venice. Columbia University in the City of New York hide caption

toggle caption
Columbia University in the City of New York 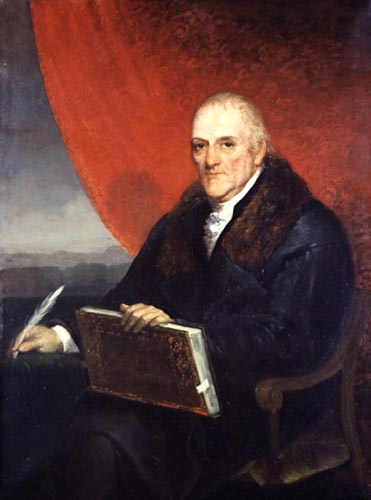 An unidentified artist's portrait of Lorenzo Da Ponte. Scroll down to read an excerpt from The Librettist of Venice.

Columbia University in the City of New York

Read a Selection from the Libretto of 'Don Giovanni'

From 'The Marriage of Figaro'

In this year of celebrations marking Mozart's 250th birthday, we take a few moments to remember the great composer's poet.

And Lorenzo Da Ponte's life played out like a character in the opera buffa of his day:

Born in 1749 into the Jewish ghetto of Venice, he converted to Christianity as a youth, entered the priesthood, and then matched his friend, Casanova, in a string of seductions scandalous even by the standards of a thoroughly decadent Venice.

Sent into exile, Da Ponte landed in Vienna at the court of Emperor Joseph II. Rodney Bolt, the author of a new biography, The Librettist of Venice, says Da Ponte's timing couldn't have been better.

"Joseph II had just created an Italian opera company," Bolt says. "This would have been the center of Europe, and in that sense, the center of the world, as far as opera went."

The company was among the most prestigious and one of the best paid. Da Ponte talks his way into the role of theater poet "without ever having written an opera in his life — not even a play."

"He seems all the way through his life to have had the most extraordinary charm," Bolt says.

Bolt says Da Ponte helped bring Mozart's works to life. Perhaps nowhere is that more evident than in the famous "Catalog Song" from Don Giovanni, in which the title character's servant lists the number of women his master has seduced:

In Italy six hundred and forty / In Germany, two hundred and thirty-one. / A hundred in France, in Turkey ninety-one, / But in Spain already a thousand three.

Da Ponte seemed to know what Mozart wanted to say, Bolt says, "and the music almost comes out of the words in themselves."

Book Excerpt: 'The Librettist of Venice' 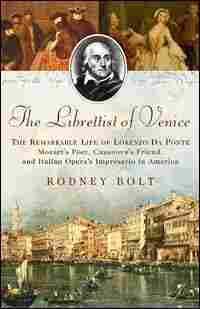 Both Mozart and Da Ponte were living near the Stephansplatz at the time, neighbours in one of Vienna's most fashionable quarters. For the next six weeks there was a constant back-and-forth between Da Ponte's modest chambers and the Mozarts' grand new apartment....

We do not know the full extent of that back-and-forth across the Stephansplatz, of how much composer and librettist argued, of whose ideas shaped what, but it is clear that as Da Ponte delivered page after page of prose drama transfigured into poetry that sang in itself, and a form that would be effective as opera, Mozart was able to take the pragma­tically simplified plot and re-endow the characters with subtlety, providing an audible commentary, one moment sarcastic, the next touching, then deliciously witty. And so the simple conversation between Susanna and the Countess, as they compose a letter to entrap the Count, became a duet of extraordinary sweetness and intimacy; Susanna's aria 'Deh vieni', when pretending to be waiting for a tryst with the Count, intertwined her aim to teach Figaro a lesson for doubting her with a heartfelt expression of desire -- a genuine hymn to love in a stock scene of buffo deception. The music infused the characters that the words had conjured up with the contradictions, doubts, ironies and warmth of richer humanity.

Mozart and Da Ponte worked like the autumn wind that whipped about the spire of the Stephanskirche. They were not averse to taking short cuts -- as composers and librettists of the time so often did. Cherubino's aria 'Voi che sapete' shows marks of being derived from Lisetta's song 'O giovinette innamorate', from the pen of Da Ponte's archrival Casti, in Il re Teodoro; the magnificent finale in Act II has direct ancestors in those from Act I and Act II of Haydn's La fedelta premiata, performed the previous December. The pair battled with the length of the piece, and with 'other considerations of prudence, of costume, place and public' to create (Da Ponte penned in a preface to the libretto) not a 'translation of that excellent comedy [the Beaumarchais original] but rather an imitation, or let us say an extract'. Together they took a step away from traditional opera buffa 'to paint faithfully and in full colour the divers passions that are aroused [in the characters], and to realize our special purpose, which was to offer a new type of spectacle'. They called their new type of spectacle a 'Commedia per musica', using the word 'commedia' in the sense Dante had, the purpose of which was 'to remove those living in this life from the state of misery and lead them to the state of bliss' -- though in this case bliss was not to be found in heaven, but in happy marriage on earth.

Before Christmas they had their dainty dish to set before the king . . . and awaited the 'favourable opportunity' to present it to him. Their occasion arose after Da Ponte's success with Il burbero di buon cuore in January, when by good chance a slot became vacant in the Burgtheater programming. Lorenzo was shining in royal favour. The Emperor's 'Abbiamo vinto!' still rang in his ears -- rather like Susanna's triumphant aside to Figaro: 'Hai giaÁ vinto la causa! [We've won our case!]' Joseph's support created 'new spirit' in Da Ponte and upended any thought of his resigning. The time had come to unveil the secret.

In his memoirs, Da Ponte writes that he bypassed Count Rosenberg and went directly to offer Figaro to the Emperor. He recalls the monarch's response:

'What?' he said. 'Don't you know that Mozart, though a wonder at instrumental music, has written only one opera, and nothing remarkable at that?'

'Quite so,' I replied quietly, 'but were it not for Your Majesty's clemency I would have written but one drama in Vienna!'

'That is true,' he answered, 'but this Mariage de Figaro -- I have just forbidden the German troupe to perform it!'

'Yes,' I rejoined, 'but I have written a dramma per musica, and not a comedy. I had to omit many scenes and to cut others quite considerably. I have omitted or cut anything that might offend good taste or public decency at a performance over which the Sovereign Majesty might preside. The music, I may add, as far as I may judge of it, seems to me to be marvellously beautiful.'

Joseph sent for Mozart, commanding him to come to the palace, bring his score, and play through parts of the opera. Mozart surely chose those parts he knew would particularly appeal to his sovereign, such as Figaro's warning about the wiles of women, 'Aprite un po' quegl'occhi, uomini incauti e sciocchi [Open your eyes a little, you incautious silly men]', which was to be followed by a solo for French horns -- in Italian corni, which also means horns on the head (the symbol of a cuckold), an allusion that would not have escaped the multilingual, musically literate and rather misogynistic ruler. The Emperor, Da Ponte writes, was 'piacquegli maravigliosamente [sic] [most marvellously pleased]', if not astounded, and immediately gave the go-ahead for the opera to be staged. Le nozze di Figaro was scheduled for the Burgtheater by royal command.

Excerpted from The Librettist of Venice: The Remarkable Life of Lorenzo Da Ponte © 2006 by Rodney Bolt. 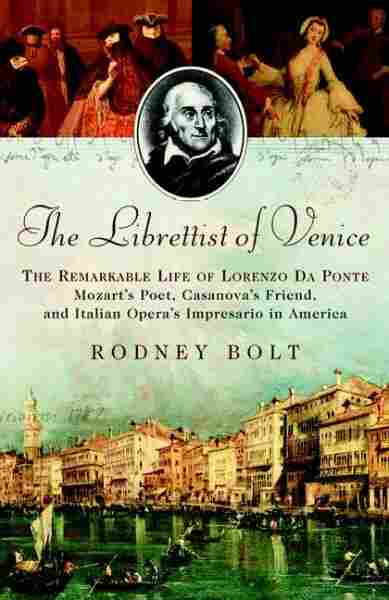 The Librettist of Venice