Accessibility links
Q&A: Solitary Confinement & the Law Solitary confinement has been used in U.S. prisons since the late 1820s; legal objections emerged soon after. In the past two decades, the practice has become widespread. Roger Pilon, a legal scholar with the Cato Institute, discusses the legal concerns involved. 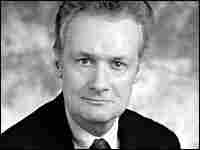 Roger Pilon is the founder and director of the Cato Institute's Center for Constitutional Studies. hide caption

Estimates suggest that at least 25,000 U.S. prisoners are held in solitary confinement. They live in isolation, in small, often windowless cells, for years or even decades, with virtually no human contact.

Jamie Fellner, director of the U.S. program for Human Rights Watch, discusses the civil liberties concerns raised by the long-term segregation of inmates. Read the Q&A with Fellner.

Long-term segregation -- also known as solitary confinement -- has been used in U.S. prisons since the late 1820s. But the practice only became widespread during the past two decades. That rise has coincided with a burgeoning prison population, and with the growing power and influence of gangs within the U.S. correctional system.

Prison officials cite gang violence when explaining the need for long-term segregation. Inmates are housed in separate facilities away from other prisoners, and they have virtually no contact with other inmates -- or other humans, except for corrections officers.

And yet, for more than a century, legal questions have surrounded the use of long-term segregation. In 1890, one U.S. Supreme Court Justice noted that "experience demonstrated that there were serious objections" to the practice. NPR discusses some of the legal concerns surrounding solitary confinement with Roger Pilon, founder and director of the Cato Institute's Center for Constitutional Studies.

Q: Why do prisons house offenders in long-term segregation?

Unfortunately, too many inmates today fear for their lives and their safety. That, in a nutshell, is the main reason why prison officials segregate and isolate prisoners. Sometimes the victims are segregated; more often the predators.

Do officials sometimes err in doing so, or do so for the wrong reasons? Of course. Because their judgment is not and cannot be perfect, they will be criticized from both sides. Given the prison population they have to deal with, they would be derelict if they did not practice some segregation, and derelict if they practiced too much.

Q: Many attribute the rise in long-term segregation to the rise in gang activity in prisons -- gangs that often form along racial lines. Does the use of isolation raise questions about racial discrimination within the prison system?

There is a strong, but not irrebuttable, presumption against government discrimination, including presumably segregating prisoners by race or ethnicity or isolating prisoners and thus, treating them differently than other prisoners.

But a prison sentence is not a death sentence. In 1968, Supreme Court Justice Hugo Black suggested that protecting prisoners from violence might justify narrowly tailored racial discrimination.

The burden is on the government to justify those practices. Justice Black suggested a standard of "strict scrutiny," which would require the government to show that its practice served a "compelling state interest" and its means were "narrowly tailored" to serve that interest.

The answers come down, in the end, to judgment calls, and different people will judge differently.

Q: Who oversees long-term isolation -- the individual states (who run their own correctional system) or the feds?

As long as inmate suits can be brought in federal courts, there will be federal oversight by courts employing general constitutional standards. Depending on the evidence, federal oversight might be called for. But one of the virtues of our federalism is that 50 states can serve as laboratories in which different approaches may be tested. That enables states to learn from each other in a way that would be unavailable were we to go to one federal system. Remember, no one has a corner on the answers to this difficult problem.

Q: Some human-rights experts say prisons should focus on education, therapy and other rehabilitative programs that could also help curb violence.

That's all well and good, but who's going to pay for all of that? Taxpayers tend to put prisons rather low on their list of public priorities. And that means the potential for mission failure is heightened at prisons, which are among our most isolated institutions.

Moreover, as I read the evidence (see the work of James Q. Wilson), "rehabilitation" has a fairly low success rate. Age is a better rehabilitator.

Q: Critics also say long-term segregation damages inmates psychologically and makes it difficult for them to cope with life on the outside if they are released.

Yes, it is a concern, but it must be balanced with a concern for the safety of other inmates. As with spousal abuse and child abuse cases, officials have to walk a delicate line between too little and too much intervention. That is why oversight by outside organizations is so important.

Q: Besides the federal courts, where can prisoners in solitary turn for recourse?

They'd turn to the ACLU.