Accessibility links
Making It on the Outside, After Decades in Solitary Daud Tulam spent 18 years in isolation in the New Jersey State Prison. Now free, he finds it difficult to make eye contact, make small talk, or be around other people, including his family.

Listen
Making It on the Outside, After Decades in Solitary 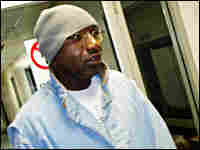 Daud Tulam spent 18 years in isolation in the New Jersey State Prison. Now on the outside, he finds it difficult to make eye contact or make small talk with other people, including his family. Douglas Hopper, NPR hide caption 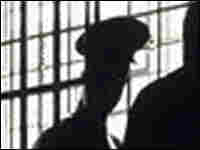 For 25 years, Sgt. Gary Harkins was a correctional officer at the Oregon State Penitentiary. He retired in February. For part of that time, Harkins worked in the prison's isolation unit.

"It's only when you leave it that you really truly understand how much stress you were under," he says of his time in the solitary ward.

Isolation in Oregon and most other states in the country means 23 hours a day locked in a cell the size of a bathroom. One hour alone in a small exercise yard. No contact with anyone. No television. No windows.

These conditions can be difficult for inmates who spend years -- and in some cases, decades -- in them. But, as Harkins found, they are also difficult on the officers.

"I kept thinking about it. I couldn't get away from the job," he says. "I'd be dreaming about what happened the day before at night. Or I'd be sitting at home, watching [a TV] show, and something would trigger something that happened at work. You know, the times when people would act out. So you would relive some sort of cell extraction or some sort of altercation -- you would relive it."

While working in the giant, windowless, gray prison building, Harkins says months went by where he'd never see the sun: "You're down there for 12 hours a day. You walk in at six in the morning just as the sun is coming up. In the wintertime, you're going in when it's dark and coming out when it's dark. Sometimes, you can never see the sun."

Every day, the routine was the same. Deliver food on plastic trays. Take inmates to the shower. Walk the tiers for hours, in front of hundreds of inmates who are often angry, frustrated and abusive.

"When people are driving on you, telling you you're bad, you suck -- all day, eight hours a day -- you gotta have 16 hours a day where you get all the positive."

But, he says, a lot of officers he knows don't have that.

"Some of them go to the bar. Some of them go home and kick the cat," he says. "I mean, various people would have different ways of trying to get rid of the tension. And some people didn't do a very good job at doing that."

Harkins says there were inmates in the general population with whom he was on great terms. But when they got sent to segregation, they would no longer even look at him.

"When he gets down to segregation, to IMU, to Intensive Management, something changes," he says. "They become hostile. They become withdrawn a bit. They won't talk to you."

And he says the relationship would get even more tense, because in isolation, the inmates can't do or get anything for themselves.

"It's kind of a weird situation in that you're their servant," Harkin says. "Whatever need they want, you're supposed to take care of their needs."

'We're Not Doing Society Any Good'

As each day passed on the dim and noisy tiers, Harkins says he began to feel trapped like his prisoners; he asked for a transfer back to general population, where he worked until he retired. That wasn't uncommon. Even now, Oregon, like most states, is having a hard time getting officers to work in segregation units.

Harkins doesn't have any sympathy for the inmates there -- especially those who aren't trying to work their way out. But when he thinks about solitary now, from outside the prison's walls, he says he finds himself worried as much about the unit's effect on prisoners as he is about its effect on officers.

"Those people are going to be your neighbors some day," Harkins says. "And if our system is maintaining people in a negative, antisocial way, we're not doing ourselves any good. We're not doing society any good."

Many officials in Oregon seem to agree. The state has put a number of changes in place in recent years. Prison officials have limited the amount of time inmates can stay in isolation, and they've also started providing therapy. The results so far have been good. Prison officials say they've seen the violence rates in their isolation unit, and in the overall prison population, decrease.