Accessibility links
Susan Straight: 'A Million Nightingales' Susan Straight is a collector of stories with a uniquely Californian view of the world. That viewpoint animates her latest novel, the saga of a mixed-race slave girl in the American South, which explores the human drive to escape captivity and find a measure of personal liberty. 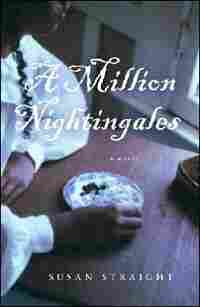 A Million Nightingales follows a slave girl's journey from captivity to an emotional and physical freedom. Knopf hide caption

toggle caption
Knopf
Read an Excerpt from 'A Million Nightingales' at RandomHouse.com

Susan Straight was born and raised in Riverside, Calif. But she writes from the perspective of those who came to the Golden State from somewhere else.

Straight collects stories. One in particular -- from an African-American neighbor explaining why he moved from Louisiana to rural Southern California -- is at the heart of her novel A Million Nightingales.

The neighbor packed up his family and left Lousiana in one eventful weekend, eventually settling in Riverside. His goal was to protect his daughter from a white man who -- in the segregated South of 1953 -- had made her a sexual target.

Straight's book explores the human drive to escape and find a measure of personal liberty.

A Million Nightingales follows the saga of Moinette, the child of a Senagelese-born laundress on a Louisiana plantation. Moinette is of mixed heritage; her mother was offered as a fille cadeau -- a "gift girl" -- to a visiting sugar broker, and Moinette was born nine months later.

Moinette, a "mulatresse," is sold off as a teenager to another plantation and plots her escape from her new masters, using her wits to protect herself -- and later, her own son and daughter.

Straight has three daughters of her own, and that fact was both a catalyst and an influence on the book.

"I had not ever been able to decide how my girls would have fared if they had been born at another time," she says. "And that was something I thought about for 10 years before I wrote this novel." 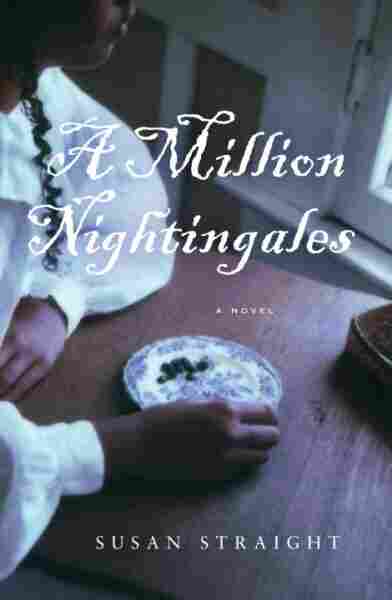