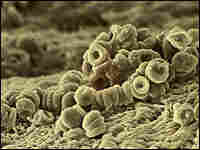 Echinacea and St. John's Wort: Save Your Money

The National Center for Complementary and Alternative Medicine (NCCAM) finds out whether alternative medicines really work. Here, some of the NIH center's major findings:

In 2004, NCCAM released the results of a large study showing that acupuncture combined with standard treatments relieves the pain of knee osteoarthritis better than standard care alone. Patients who received both types of treatment felt 40 percent less pain than those who received only standard treatment. Acupuncture also made it easier for patients to move their knee.

More news for osteoarthritis patients: glucosamine and chondroitin — two compounds found naturally in cartilage — might not help you. The breakdown of cartilage causes osteoarthritis, and some patients hope to fix their fragmented cartilage by swallowing these widely marketed supplements.

But NCCAM announced earlier this year that glucosamine and chondroitin sulfate do not alleviate mild knee pain. The compounds might, however, help patients who are feeling moderate to severe pain. But the researchers said the study was too small to confirm that finding.

Save your money for tissue boxes. NCCAM funded two large studies of echinacea, a popular herbal supplement, and found that it doesn't prevent colds or make you feel better when you have one.

Despite these studies, echinacea remains a popular herbal supplement.

St. John's Wort is another popular herbal supplement, but NCCAM found that it's useless for treating major depression of moderate severity. NCCAM is currently investigating whether St. John's Wort might work for minor depression.

As well as studying whether chelation works as a treatment for heart disease, researchers are also currently studying whether mistletoe helps cancer patients live longer, whether dark chocolate can lower blood pressure in hypertension patients and whether tai chi improves the well-being of cancer survivors. — Kelly Reeves

The National Institutes of Health now spends more than $120 million a year studying things like yoga and herbs.

Its National Center for Complementary and Alternative Medicine is applying rigorous scientific tests to alternative treatments. But the center also has drawn criticism for studying therapies that are popular, rather than the ones that scientists believe have the best chance of working.

One of the treatments now being studied is a powerful chelation drug called EDTA.

Chelation drugs are typically used to reduce dangerous levels of lead and other metals. But in alternative medicine, EDTA is marketed as a way to clean out blocked arteries.

So the NIH is spending $30 million to study EDTA.

Edward Colditz, 67, is a volunteer in the study. The retired steelworker lives near Baltimore and has a long history of heart disease.

"It was April 7, 1994, when I had the major heart attack," he says. Since then he's had a quadruple bypass and five stents inserted into his arteries.

So when Colditz heard about the chelation study, he was interested.

Now he comes to a clinic at Johns Hopkins Bayview Medical Center every Wednesday. During each visit, he spends several hours with an IV dripping fluid into his body. The fluid may be a placebo or EDTA -- neither Colditz or his doctors are allowed to know which.

He says the treatments are no big deal.

"All you do is you sit here and watch TV and holler if you want a coffee," he says. "I don't feel a thing."

Colditz' doctor is Pamela Ouyoung. She's a cardiologist who says she never expected to use alternative medicines. But she agreed to participate in the NIH study because so many patients seem to believe that chelation works.

"I Remember one young man who had severe coronary heart disease that I thought should go to bypass surgery," she says. Instead, he chose chelation. Ouyang doesn't know what happened to him.

That was years ago. At the time, chelation advocates believed EDTA cleared arteries by removing calcium. That made some sense because calcium is a major component of plaques that build up inside blood vessels.

Studies eventually showed that chelation had no effect on the calcium in these plaques. But Ouyang says the treatment remains popular.

"People think, well you know, I have all this buildup in my arteries," she says. "Going to get something that sounds like Drano is appealing."

These days, advocates of EDTA say it may work by reducing free radicals in the body. But the drug still removes calcium. And that can be risky.

Dr. Cecilia Davoli, who uses EDTA to treat children with lead poisoning at the Kennedy Krieger Institute in Baltimore, says that without enough calcium, muscles in the body don't work.

"An important muscle is the heart," she says. "So the heart won't beat appropriately when the calcium level is too low."

Or it may not beat at all. EDTA has been linked to several deaths.

Davoli uses a version of EDTA that doesn't remove calcium. But the NIH study uses a type that does because it's what chelation practitioners most often use.

Dr. Gervasio Lamas of Mt. Sinai Medical Center in Miami Beach is the chelation study's principal investigator. Lamas says the EDTA study is a big departure for him. He usually tests conventional drugs developed in the lab.

"With alternative medicine, it's different," he says. "These are treatments that are out there. People are using them. Hypotheses have been proposed about them. Some studies have been done. But the scientific underpinning is less."

Even so, Lamas thinks the chelation study is worthwhile. One reason is that thousands of people with heart disease are already using the approach.

Lamas says that if the study shows it works, cardiologists will have a new way to treat heart disease. And if it doesn't, consumers should know the truth.

"They need to know that they are going to be wasting their money," he says. "So practice habits and patient behavior in terms of seeking alternative therapies will certainly change based on this trial."

Lamas says the NIH study was designed with help from the American College for Advancement in Medicine (ACAM) -- a group that represents chelation practitioners.

Lamas says that means these practitioners are likely to accept the results.

Dr. Allan Magaziner, a former president of ACAM, is less certain. He's treating patients in the NIH study at his clinic in New Jersey. But he says he'll be skeptical if the results are negative.

"Sometimes statistics can be manipulated in certain ways in certain studies," he says. "So we'd have to make sure that wasn't the case here."

Magaziner says it's possible that a negative result might change the way he uses chelation. But he adds, "I don't know if I'd stop completely because we're seeing great results with it."

But she hopes the study will show some benefit from chelation.

"You have to be willing to hope that it would work," she says. "Clearly if I felt there was absolutely no way this thing could work then it would be rather pointless to ask patients to participate in it."

Ouyang says one reason she's comfortable with the study is that patients in it are getting the best mainstream care along with their infusions.

Edward Colditz says that's certainly been true for him.

"Every week I'm taken care of very good," he says "So that's what I'm getting out of it right now. As far as what I'm feeling from this, I don't know."

The NIH trial of chelation is still enrolling patients. It should should be completed sometime in 2008.