Listen
God, the Black Man and the Five Percenters 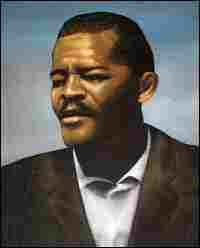 Portrait of Allah the Father, a one-time member of the Nation of Islam who split from the group in 1963. Courtesy Allah School in Mecca hide caption 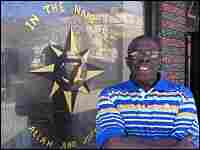 Allah B says education is the best way to honor his mentor, Allah the Father, who started the movement in the 1960s. "He... had the knowledge to empower us, and give us a sense of direction to actualize our fullest potential." Christopher Johnson, NPR hide caption 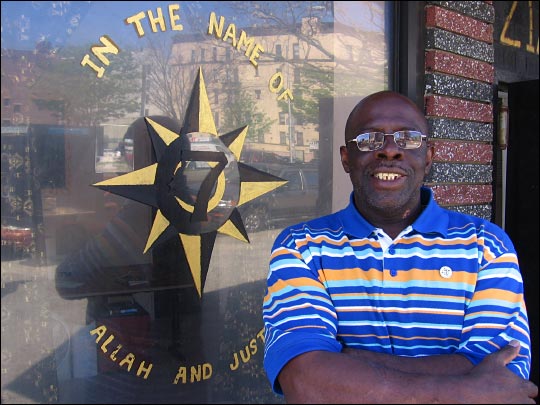 Allah B says education is the best way to honor his mentor, Allah the Father, who started the movement in the 1960s. "He... had the knowledge to empower us, and give us a sense of direction to actualize our fullest potential."

Tenets of the Five Percent Nation

(1.) That black people are the original people of the planet Earth.

(2.) That black people are the fathers and mothers of civilization.

(3.) That the science of Supreme Mathematics is the key to understanding man's relationship to the universe.

(5.) That education should be fashioned to enable us to be self-sufficient as a people.

(6.) That each one should teach one according to their knowledge.

(8.) That our children are our link to the future and they must be nurtured, respected, loved, protected and educated.

(9.) That the unified black family is the vital building block of the nation. 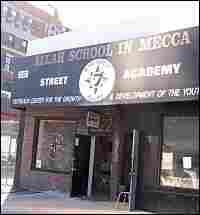 Here's what the group called the Five Percent Nation believes: Ten percent of the people of the world know the truth of existence, and those elites opt to keep 85 percent of the world in ignorance and under their controlling thumb. The remaining percentage are those who know the truth and are determined to enlighten the rest. They are the Five Percent Nation.

The Nation said its founder, W. D. Farad Muhammad was God. But Clarence reasoned that only a pure black man could fill that role -- and to him, there was nothing "purely black" about Muhammad, who was bi-racial.

Clarence 13 X also rejected the traditional Mulsim belief that God was separate from man. Instead, Clarence 13 X claimed that the black man was God personified, and that each black man could cultivate and eventually realize his godliness through meditation, study, and spiritual and physical fitness.

To Clarence 13 X and a handful of close friends, these new ideas were a revelation. To the Nation of Islam, they were heretical. So Clarence 13 X split with the Nation in 1963 and changed his name to Allah the Father. He took his message to the youth on Harlem's city streets, teaching them that black Americans had inherited a legacy stretching back to the great civilizations of Africa, and that they should reclaim their greatness by fighting for racial equality and self-determination.

To help his students tap their divinity, Allah the Father also taught an elaborate philosophical system called "Supreme Mathematics" and the "Supreme Alphabet." By applying both, devotees believe they can interpret ordinary numbers and words as spiritual messages to guide them through life.

Allah the Father's students took responsibility for spreading his message across the nation, even after the 1969 murder of their leader in a Harlem housing project.

The echoes of that message eventually found their way into hip-hop culture. Phrases and symbology of the Five Percent Nation endure in songs by some of the genre's best-known musicians, including Busta Rhymes, most of collaborators in the Wu Tang Clan, and Lord Jamar of the rap group Brand Nubian.

"There's something about us -- and how we're respected on the street -- that enables us to do certain work in the community," he says. "I know there is no mystery to God. This is not faith or belief -- this is knowledge. And once you have knowledge, it takes away any fear."

Allah B, a former student of Allah the Father, has dedicated much of his life to teaching youth. He says it's the best way to keep the memory of his mentor alive.

"We could have been little hoodlums in the streets of Harlem -- high school dropouts," Allah B says. "But he showed us the love... He not only had the care and courage, but also the knowledge, to empower us and give us a sense of direction to actualize our fullest potential."