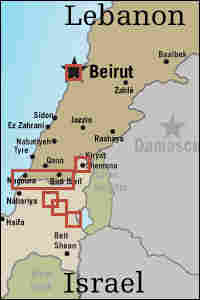 Thursday was one of the deadliest days yet for Israel in the current conflict. Jeremy VanderKnyff, NPR hide caption 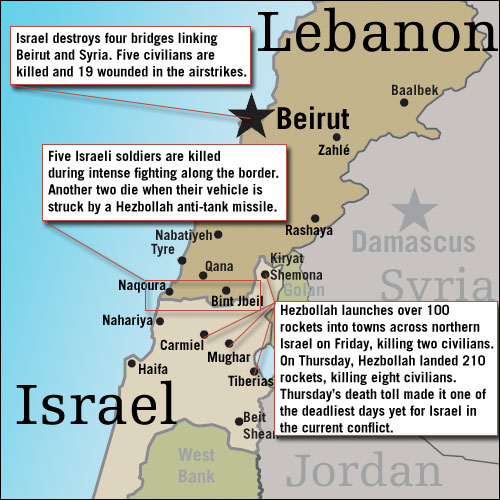 Thursday was one of the deadliest days yet for Israel in the current conflict.

A Hezbollah spokesman named Sheik Ahmed Murad told journalists in Tyre on Wednesday that his group would continue fighting, no matter what the cost.

Lebanese Prime Minister Fuad Saniora said Thursday that more than 900 people have been killed in his country since the conflict began.

Despite Israel's dominance in the skies over Lebanon, Hezbollah guerrillas are continuing to fight fiercely with Israeli troops on the ground, with the militants regularly ambushing Israeli tanks.

The fighting has made the delivery of aid to what's left of the local population in southern Lebanon very difficult. The International Committee of the Red Cross delivered 200 tons of aid to the port of Tyre this week. The ship that carried the supplies left quickly as fighting flared up around the city.