Several years ago, I had that last, long, wonderful father-and-daughter time as we went to look at colleges in the Northeast and decide which one had the most expensive landscaping.

Along the way, I put in a mix tape. The first cut on it was Ella Fitzgerald. I didn't know how familiar my daughter was with Ella Fitzgerald, but I asked, "How would you describe her voice?"

She listened some more and replied, "She sounds like ... diamonds dipped in caramel."

Which led me to this idea:

I'd like to invite the listeners of All Things Considered to take part in an experiment on how different voices sound to you — and what words you would use to describe them.

Reading your vocal descriptions of Morgan Freeman, Marilyn Monroe, Truman Capote and Patsy Cline has been fascinating. I commend your passion, thoughtfulness, poetry and humor.

Here are the ways in which you, the listeners, described these distinctive voices. 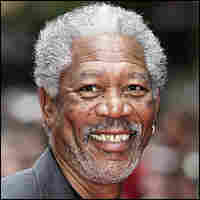 "Wagner being played by a garage band" — Douglas McConatha

"A wet velvet suit drying in the sun" — Jesse Levy

"God in the rhythms of the Kodo Drummers" — Kathryn Aquilor 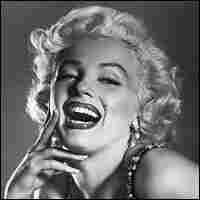 "The steam rising from a souffle" — Ken Bolinsky

"A voice that doesn't reach the eardrum as much as the neck, the cheek and the more prominent parts of the ear" — Andy Mullins

"A taffeta petticoat under a ball gown" — Nancy Julian

"The wind in the tree on a moonlit night" — Madison Willey

"On a good day, Marilyn Monroe sounds like a still-warm satin slip being tossed into the hamper; on a bad day, it's the same slip after a week in the hamper" — Lizzete Cantres

"Champagne foam coming out of a balloon" — Liza Murphy 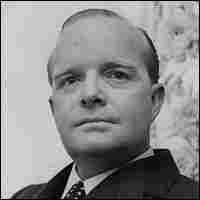 "A cat trussed up in a corset" — Kristin Lim

"What was leftover after developing his other amazing talents" — Jack Reda

"Eggnog with too much whiskey" — Susan Surota

"An exasperated raven with a tension headache" — Scott Lien

"The sound of cyberspace" — Susan Lafond

"The barking at your mind's heels" — Robert Bragdon 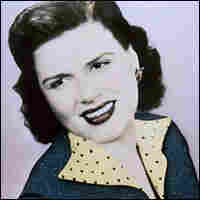 "It warms the back seat of a Nash Rambler" — Linda Larson

"The voice of the moon courting a shy earth" — Justin Balsley

"The sound of swing, swagger and swoon" — Thomas Kimble

"The ache for the tastes of childhood forever gone" — Brad Rudy

"A dawn breaking at the end of a day" — Mike Vale

"The first kiss of your first love" — Michelle Pohlmeyer

"A thrush singing against the gloom of winter" — Kevin Tomczyk

"The voice of my guardian angel" — Mura Cello