Accessibility links
Reuters Retracts Altered Beirut Photo The Reuters news agency retracts a photo from Beirut that it says was electronically altered. The picture, taken by a freelance photographer, shows thick, black smoke rising over buildings. In the original image, the smoke is less intense. 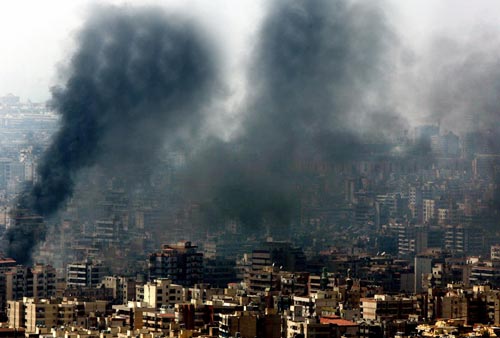 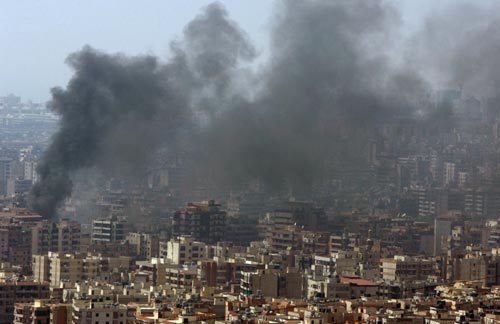 Reuters this weekend retracted a photo that it says was electronically altered. The picture, taken by a freelance photographer for the news agency, shows thick, black smoke rising over buildings in Beirut. In the original, undoctored image, the smoke is less intense and the color is lighter.

Reuters says it would no longer accept pictures from the photographer, Adnan Hajj.

After a second photo was found to be altered, Reuters withdrew all of Hajj's photographs from its database. (The second photo showed an Israeli jet releasing three flares; the original photo showed one flare.)

Garry Hershorn, a photo editor for Reuters, says the Beirut smoke photo was retracted immediately after it was transmitted.

"This one slipped through the system," Hershorn says. "It just came in. A photo editor looked at it and coded it and sent it to our clients."

Hershorn says he does not think Hajj was trying to make the Israeli attack look worse than it was.

Hershorn says the manipulated photos violated strict standards at the photo agency. While it's permissible to change the appearance of photos -- to correct a purple skin tone, for example -- "a photographer is never allowed to change content," Hershorn says. "Reuters has zero tolerance to doctoring photos this way. You can't add information; you can't take away things."