Accessibility links
Seeing Flowers in a New Way, Through Loren Eiseley Given his status as a political writer, Michael Lind may seem to come from left field with his must-read recommendation: Loren Eiseley's essay "How Flowers Changed the World," which takes an expansive view of botany's impact on humans. Eiseley, Lind says, is capable of cinematic constructs that are "breathtaking."

Seeing Flowers in a New Way, Through Loren Eiseley

Seeing Flowers in a New Way, Through Loren Eiseley 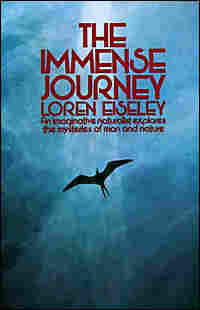 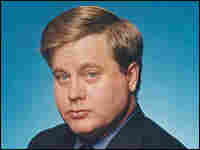 Michael Lind is an author of both fiction and nonfiction books, most recently What Lincoln Believed: The Values and Convictions of America’s Greatest President. He has written for The New York Times Magazine, The Atlantic Monthly, The Washington Post, the Los Angeles Times and other leading publications. Lind is the Whitehead Senior Fellow at the New America Foundation.

Browse Our Critics' Picks, Plus Get Excerpts

In his essay "How Flowers Changed the World," the American naturalist Loren Eiseley describes what he calls "a soundless, violent explosion" of seed-born plant life millions of years ago, just as the Age of Reptiles started to draw toward its own apparently violent close in the late Cretaceous Era. At the heart of the explosion was a new kind of flora. Unlike the static, towering green vegetation of the dinosaurs' world, this new plant life managed to encase its genetic imprint in suddenly mobile casings called angiosperm (or "encased seeds").

Borne on the wind or attached to animal hides, the new plant life blanketed the world, and mutated its way into countless new settings. "The fantastic seeds skipping and hopping and flying about the woods and valleys brought with them an amazing adaptability," Eiseley writes. "If our whole lives had not been spent in the midst of it, it would astound us. The old, stiff, sky-reaching wooden world changed into something that glowed here and there with strange colors, put out queer, unheard of fruits and little intricately carved seed cases, and, most important of all, produced concentrated foods in a way that the land had never seen before, or dreamed of back in the fish-eating, leaf-crunching days of the dinosaurs." Michael Lind, the author most recently of What Lincoln Believed, discusses Eiseley's essay, which was originally collected in the 1957 book The Immense Journey.

Q. How did you first come across Eiseley? He wouldn't have been a writer I would necessarily have associated with your work.

During my childhood in the 1970s, my interest in nature led me to read some of Eiseley's essays. I returned to him a few years back, after reading that one of my favorite poets, W.H. Auden, was a huge fan of Eiseley's.

Auden wrote an essay about him in The New Yorker and contributed a preface to Eiseley's book The Star Thrower. Auden, by the way, was a fan of another of my heroes, the great German poet and naturalist Goethe, who wrote a long poem titled "The Metamorphosis of Plants." Auden, who said he wanted to be remembered as "a minor Atlantic Goethe," wrote a great deal of poetry inspired by nature and science, proving that poetry and science are still on speaking terms, even if science and some forms of religion are not.

Q. Since Eiseley concentrates so fully on the element of wonder in the natural world -- in this case, how the botanical world directly conspires in the evolution of the human species -- do you ever detect an element of spiritual thought, however nontraditional, in his work?

I don't think Eiseley himself, or science in general, supports a supernatural interpretation of the world, although some of his writing may suggest that. Like other scientists writing for an audience of nonscientists, Eiseley runs certain risks by using figurative language with mystical or theological overtones. For example, in "How Flowers Changed the World," he writes that, following the extinction of the dinosaurs, "The mammals, too, had survived and were venturing into new domains, staring about perhaps a bit bewildered at their sudden eminence now that the thunder lizards were gone."

Of course, early rodents weren't really surprised at their "sudden eminence" in the ecosystem, something of which they were unaware; this is a literary conceit. I think you have to distinguish between the sense of wonder associated with belief in the supernatural and the sense of wonder produced by nature. The former is destroyed by scientific explanation, which, however, enhances the latter. Learning that flowers and fruit evolved in the Mesozoic era and helped to shape our own evolution doesn't replace the delight in flowers that human beings have always felt, it reinforces and supplements that delight.

Q. Still, what's always impressive to me about such writing is the way it lifts one out of the parochial limits of one's own narrow self, and into a far wider frame of cosmic reference. Why is it, you think, that such a perspective seems so much readily achieved by naturalists like Eiseley? Are the rest of us just too incorrigibly self-obsessed as a species?

I don't think that human beings are species-narcissists; most people seem to prefer their pets to their neighbors, and even many of their relatives. Instead, I think that human alienation from nature is a relatively new phenomenon. Most people in the world, for the first time in history, live in urban areas now, in which greenery is limited to parks and yards and in which artificial lighting makes it impossible to see the stars.

This must have a profound effect on the consciousness and behavior of the human animal. The modern "intellectual" is a purely urban phenomenon, having originated in Paris in the 19th century and spread to other urban bohemias and allied university campuses. Before the rise of a self-conscious intelligentsia, most educated people -- as well as the unlettered majority -- spent most of their time in the countryside or, if they lived in cities, were a few blocks away from farmland or wilderness. Think of the knowledge of local flowers and birds, for example, that is found in the poetry of most civilizations, or the fact that for two millennia Vergil's "Georgics," a poem about farming, was esteemed as much as his and Homer's epic poems.

At the risk of sounding countercultural, I suspect that thinkers who live in sealed, air-conditioned boxes and work by artificial light (I am one) are as unnatural as apes in cages at zoos. Naturalists like Eiseley in that sense are the most normal human beings to be found among intellectuals, because they spend a lot of time outdoors and know the names of the plants and animals they see.

Q. What in Eiseley's writing here impresses you most?

For all of his scientific erudition, Eiseley has a poetic, even cinematic, imagination.

Recently I once again viewed Stanley Kubrick's great meditation on human evolution and destiny, 2001: A Space Odyssey. You may remember the classic sequence in which a primitive hominid tosses a bone up into the air and it turns into a spaceship in orbit around the earth.

Eiseley is capable of equally breathtaking segues. Indeed, he concludes "How Flowers Changed the World" with one. Imagining the first human being who pondered the possibility of planting seeds, he writes: "In that moment, the golden towers of man, his swarming millions, his turning wheels, the vast learning of his packed libraries, would glimmer dimly there in the ancestor of wheat, a few seeds held in a muddy hand. Without the gift of flowers and the infinite diversity of their fruits, man and bird, if they had continued to exist at all, would be today unrecognizable. Archaeopteryx, the lizard-bird, might still be snapping at beetles on a sequoia limb; man might still be a nocturnal insectivore gnawing a roach in the dark. The weight of a petal has changed the face of the world and made it ours." 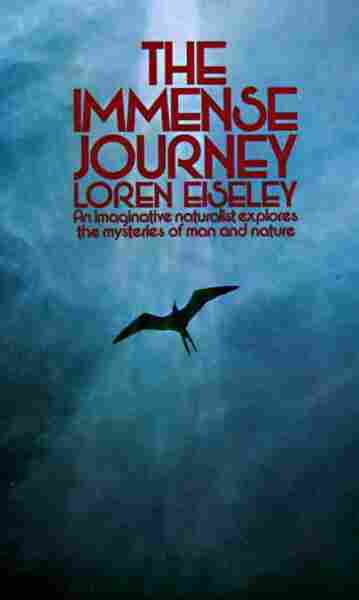