Accessibility links
'Half Nelson' Turns Standard Plotline Inside-Out The movie Half Nelson, starring Ryan Gosling as a crack-addicted schoolteacher, turned heads at the Sundance Film Festival. It seems like a film that could jump-start the careers of everyone involved. 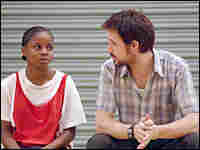 Ryan Gosling stars as a teacher, and Shareeka Epps as his student, in Half Nelson. ThinkFilm hide caption 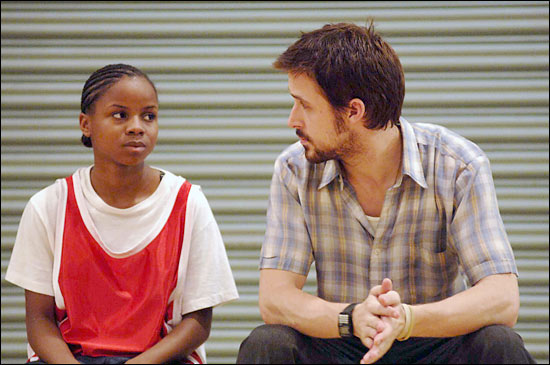 Ryan Gosling stars as a teacher, and Shareeka Epps as his student, in Half Nelson.

Two years ago, a 19-minute movie about a middle-school student and a troubled teacher won the best short film award at the Sundance Film Festival. Then, just a few months ago, an expanded version of the story turned heads at Sundance again, this time as a full-length feature.

That feature film, Half Nelson, opens Friday in New York and Los Angeles. If there is any justice in Hollywood, it will jump-start the careers of everyone involved.

Dan Dunne seems like the history teacher we all wish we'd had. As played by Ryan Gosling, Dan's a guy who knows how to use ideas to energize a roomful of bored 13-year-olds.

He'll arm-wrestle with a student to demonstrate how history is a clash of opposites. And he'll draw life lessons out of a fiery speech about bringing "the machine" to its knees, even if -- as one of his students suggests -- he's part of the machine.

The Brooklyn middle school where Dan teaches has a lot of at-risk kids. One of them is Drey, a girl who answers "prisons" when Dan asks what keeps people down. Drey's brother is doing time for drug dealing, which means she's alone a lot -- a smart, observant latch-key kid, trying hard to fly right.

Think you know where this inspirational teacher saga must be headed? Well, think again -- as Drey does, when she finds her teacher in the locker room after he's coached her basketball game, his eyes glassy, a crack pipe in his hand.

Drey had been looking for a ride home, and when Dan finally pulls himself together, he gives her one -- still determined to be protective, to do good. But this is one white knight who is in no shape to perform the rescues that will be demanded of him.

If the history Dan teaches is a clash of opposites, then so is Half Nelson, a breath-catchingly smart movie that takes a standard crusading-teacher narrative and turns it so inside-out, that you think you're watching a whole new genre.

First-time director Ryan Fleck may seem to be matching up a smart kid who gets it, and smart adults who often don't, but nothing is as simple as black and white in this story -- not even race.

As for performances, Ryan Gosling's self-destructive teacher is easily the year's most mesmerizing character study. And he's hardly the only reason to see this film. Shareeka Epps anchors her scenes as Drey with a self-possession way beyond her years.

Then there's the dialectic itself -- the clash of opposites that allows Half Nelson, a low-budget, independent film with an unknown director, to wrestle with contradictions of politics, history, and race that would confound a social scientist. Just in time, too, with school starting up again in three weeks.

'Half Nelson' Director on the Power of Friendship

'Half Nelson' Director on the Power of Friendship 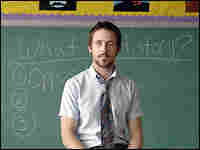 Ryan Gosling plays an idealistic teacher who is struggling with drug addiction in Half Nelson. ThinkFilm hide caption 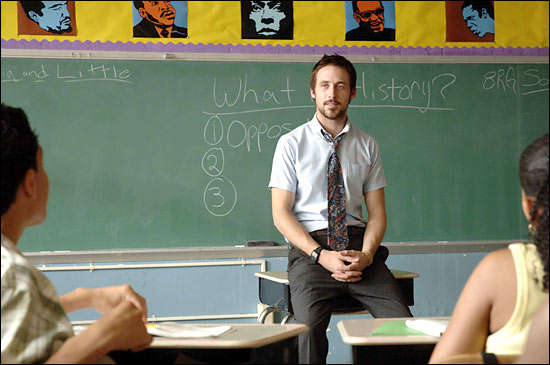 Ryan Gosling plays an idealistic teacher who is struggling with drug addiction in Half Nelson. 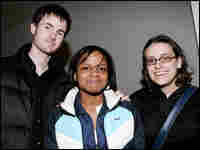 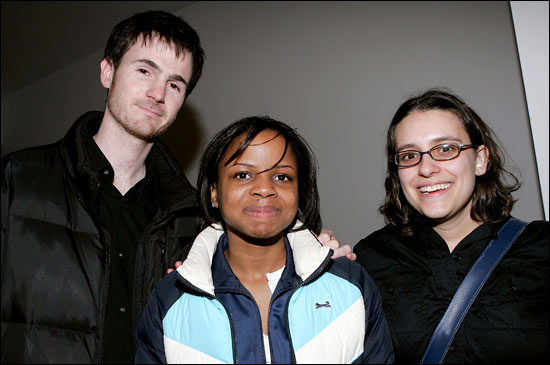 Movies about unlikely buddies have inspired writer and director Ryan Fleck, whose latest film, Half Nelson, chronicles the relationship between an inner-city junior-high student and her inspiring -- but crack-addicted -- teacher.

"I wanted to make a movie in that tradition and push the boundaries of what an audience would accept as friends," says Fleck.

Fleck, who wrote the screenplay for Half Nelson with his longtime partner Anna Boden, cites movies such as Harold and Maude, Midnight Cowboy and The Last Detail as examples of this tradition.

Dan Dunne, the teacher character played by Ryan Gosling, is idealistic and wants to "make a difference" through his teaching. But he's so flawed, Fleck says, that he can't change his own life. He befriends one of his students, Dree, played by newcomer Shareeka Epps.

"I'm very excited by the notion of very different people trying to help each other out," says Fleck. " I think that’s the simple message, if there's a message" to Half Nelson.