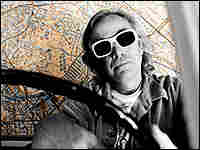 Ry Cooder has worked in many genres and media, but his 1972 album Boomer's Story deserves more attention. hide caption 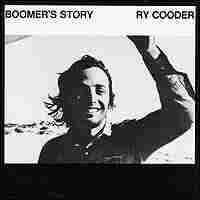 Which phase of Cooder's career has been the most neglected? Where has he had his greatest impact?

The Dark End of the Street

Rally Round the Flag

Many contemporary listeners know Ry Cooder primarily as the producer and guitarist behind Buena Vista Social Club, the 1997 project that revived the careers of long-forgotten Cuban ballad singers. Those with longer memories remember him as a film-music wizard whose scores for Paris, Texas (1984) and the Southern blues myth Crossroads (1986), among many, brought a spooky desolation to Hollywood storytelling. And those who were around in the early '70s might recall his loving pastiches of American music — ambitious and revelatory jumblings such as 1974's Paradise and Lunch and 1976's Chicken Skin Music. Lost among those early works is an eclectic little under-loved gem: Boomer's Story.

This calm, low-key 1972 set, Cooder's third solo record, is not a concept album in the accepted sense; listeners don't follow Boomer through a series of life lessons or anything. Instead, Cooder functions as a renegade historian on a no-particular-hurry ambling tour through rural America. He visits backroads places where weary Civil War songs ("Rally 'Round The Flag") still echo in the night. He peers into shacks where the blues are a way of life. He sits a while in lonely taverns where some love songs are sung in Spanish ("Maria Elena").

Cooder doesn't really need to sing all the time, because his slide guitar has the wondrous ability to say more than words can. For evidence, listen to the spine-tingling guitar treatment of the Memphis classic "Dark End of the Street" [audio], written by Dan Penn and Chips Moman. The original, recorded by James Carr in 1966, is a classic of furtive sneaking-around soul. This version, "sung" on guitar in a tone of stolen-moments sweetness, strays just a bit further, deeper into those same shadows. The rare instrumental cover that matches (and, in some moments, exceeds) the intensity of the original, it merits consideration right alongside Carr's classic.