Accessibility links
Mussels' Fast Evolution Turns Scientists' Heads The blue mussels that coat rocks along much of America's Northeastern coast don't look like they're setting any speed records. But it turns out they're doing something very quickly. They're evolving, to combat a new threat: invasive Asian crabs. 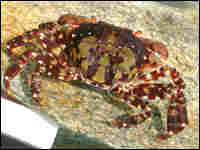 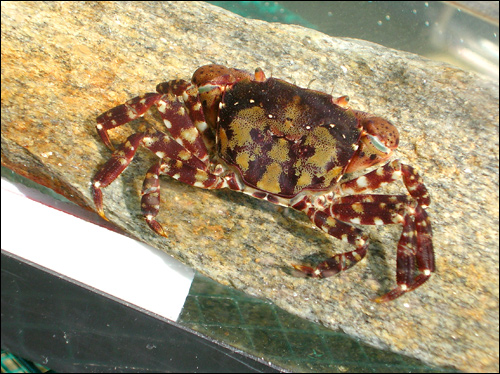 Since its arrival in the 1980s, the Asian shore crab has become one of the most dominant crab species in New England. But the area's native blue mussel has evolved to develop a defense against it -- in remarkably short order.

As New Hampshire Public Radio's Kerry Grens reports, the Asian shore crab was first reported on the Atlantic coast in New Jersey, in 1988. In the two decades since, the crabs have migrated north to Penobscot Bay in Maine and south to North Carolina.

New Hampshire graduate student Aaren Freeman and associate professor of zoology James Byers found that as the crabs have worked their way up and down the coast, the mussels have evolved a way to fend them off -- and they've done it in the blink of an evolutionary eye.

Freeman says that when a mussel senses crabs nearby, it will thicken its shell. The result, he says, is a more secure mollusk -- crabs usually crush mussels' shells.

Scientists have long known that mussels could thicken their shells in response to other varieties of crabs-but what they didn't know was that the mussels could rapidly evolve the same response to a new crab predator.

Freeman argues that it's taken the blue mussel just 15 years. He found that only the mussels from Long Island Sound, whose ancestors have lived among Asian shore crabs since the 1980s, will flip the thickening switch when the crabs are present.

Mussels from northern Maine, where Asian shore crabs have not yet arrived, don't thicken their shells when they are placed in the same environment as the crabs.

Byers says mussels have also evolved a defense against starfish. Now he wants to know whether the mussels can fend off both predators at once. His study appears in the current issue of Science magazine.