Accessibility links
Tales of a Blind Traveler A Sense of the World tells the story of James Holman, a blind man who traveled the world in the early 19th century. Author Jason Roberts tells the story of a man who went blind at 25, but refused to give up control of his life.

Listen
Tales of a Blind Traveler 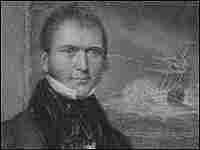 A portrait of James Holman, known far and wide in the mid-19th century as simply "the blind traveler." hide caption

A Sense of the World tells the story of James Holman, a blind man who traveled the world in the early 19th century. Author Jason Roberts came across the story almost by accident. In the library, he found a small book with a short chapter on a man who went blind at 25, but refused to give up control of his life. Roberts tells Scott Simon what he learned in researching and writing the book.

Excerpt: 'A Sense of the World' 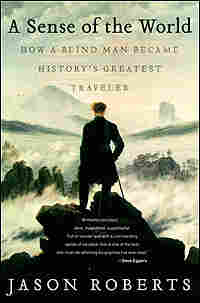 James Holman went blind at 25, then set out to travel the world. HarperCollins hide caption

The Child in the Compass

James Holman was unequivocal about his first and deepest dream. "I have been conscious from my earliest youth of the existence of this desire to explore distant regions," he would recall, "to trace the variety exhibited by mankind under different influences of different climates, customs and law."

The genesis of such a dream can be readily understood. It arose from his childhood universe, from the engine of all his family's ambitions. An apothecary shop.

If you wished to voyage the world in a mindflight instant, you needed only to step into the Exeter establishment of John Holman, Chymist & Surgeon, close your eyes, and breathe deep the mingled scents of all known continents. It was an apothecary in the very latest mercantile fashion, selling not only medicinal products but just about anything that could be powdered, dried, or otherwise prepared for transport from afar. Cayenne pepper and soy from India, tapioca from the West Indies, Arabian cashews, Brazilian cocoa and coffee, Cathay tea, Spanish capers, even Italian macaroni -- those were only the foodstuffs, arrayed in open barrels and bins, on offer by the pound, ounce, orpinch. Behind the counter, in Latin-labeled glass and earthenware jars, were the essentials for compounding prescriptions in legal accordance with the London Pharmacopoeia, fragrant esoterics like galbanum from Persia and myrrh from northern Africa. It was not the cheapest apothecary in town -- the store's public notices were frankly addressed "to Nobility, Gentry, and others" -- but that was no impediment to a healthy tide of trade.

Young James, born on the premises and raised underfoot, was the fourth of six boys, but the first Holman son to know no home but the shop, which had opened in 1779. He knew intimately the rarity and provenance of each item. And for a reinforcing sense of the wideness of the world, he had only to look out the window.

Exeter, a metropolis of fifteen thousand in southwestern En-gland, was second only to London as the nation's busiest inland port, and almost all offloaded cargo flowed overland within sight of the storefront. Fittingly, Exeter had grown in the rough plan of a compass, with the centuries-old city walls pierced by four cardinal-pointed main streets: North, South, Fore, and High. Holman's apothecary owed much of its success to a literally central location, at the crossroads formed by the four streets' convergence.

For the young and adventurous-minded, the city was full of further inspirations. The nearby cathedral held the famous "Exeter Elephant," delighting and intriguing children since the thirteenth century. It was (and remains) a choir stall with a fantastical rendition of an elephant, complete with webbed feet and an extra set of ears, carved by a medieval woodworker who had clearly never seen one. Off the cathedral green was the Ship Inn, looking as it had in Elizabethan days when it served as Sir Walter Raleigh's informal headquarters. Nearby was Mol's Coffee House, equally ancient and unchanged, the preferred haunt of Sir Francis Drake. Both mariners were proudly claimed as native sons of Devonshire (of which Exeter was the capital), and as progenitors of Exeter's secretive and powerful Guild of Merchant Adventurers, which by 1588 was trading as far afield as Senegal.

A little farther down South Street were the Quayside docks, the terminus of England's first artificial shipping canal, where in 1714 a visiting Daniel Defoe had marveled at how "the ships come now quite up to the city, and there with ease both deliver and take in their lading." Woolen cloth was a regional specialty, and the docks were particularly convenient for textile merchants, who saved on warehousing by building their weaving houses within a few yards of the water, loading bolts into holds as soon as they emerged from the loom. Much of the British Army marched in uniforms of sturdy Exeter serge, as did the armies of Holland, Portugal, Italy, and Spain.

But by James's youth, the international bustle of the Quayside was unmistakably on the wane. England was at war against France -- had been since 1790, when he was three -- and the spreading scope of the conflict had choked off many foreign markets. Even sailing to other English ports, via the shipping canal and the English Channel, was a risk that only a diminishing number of shipowners chose to run.

The taverns on South Street were filling with merchant sailors, hoping to wait out the war. As a commercial inland port, Exeter was an easier place to remain a civilian than coastal naval ports like Plymouth or Portsmouth, where roving press gangs were forcing men into His Majesty George III's service. The Quayside's idled sailors had little to do but bide their time, and revisit past adventures. To an open-eyed child, growing up in the center of the civic compass, it wasn't difficult to hear their tales, and fill with wonder.

Wonder, not hope. The sons of the apothecary had been assigned carefully interlocking destinies. One Holman boy was indeed being readied for an intrepid, seafaring life. But it wasn't James.

After achieving a solid and public prosperity, John Holman had tried his hand at importance. He kept a large phaeton carriage, a status-symbol vehicle, and ran successfully for a seat on the Exeter city council. But as he was soon forced to acknowledge, these constituted the boundaries of his own upward mobility. A "Chymist & Druggist," or "Surgeon and Apothecary, of genteel Practice," as he variously advertised himself in the Exeter Flying Post, could be successful, even prominent. But he could not be a gentleman.

In the eighteenth century, the term gentleman conveyed not just good manners and politeness, but a very real social status. A gentleman did not require a title, a noble ancestry, or even much money, but he did need to be beyond the indignity of working with his hands. Even surgeons were regularly excluded from polite society, on the grounds that they performed a manual skill and were therefore servile. John Holman had... 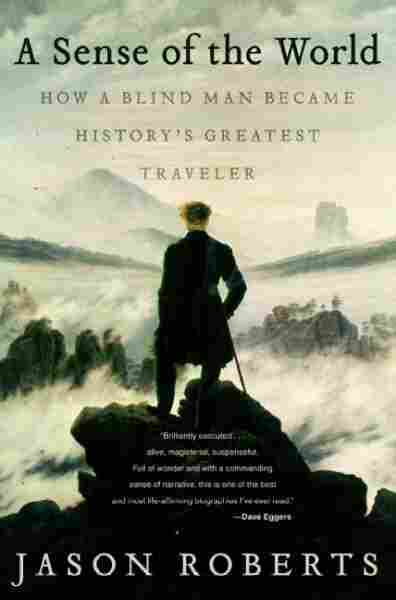 A Sense of the World