Accessibility links
'Fathers and Sons': A Ravishing Knockout of a Book Author Gary Shteyngart says his favorite novel is Fathers and Sons. Ivan Turgenev's story of two young men and their families "explains just about everything you need to know about families, love, heartache, religion, duels and the institution of serfdom in 19th-century Russia."

Listen
'Fathers and Sons': A Ravishing Knockout of a Book 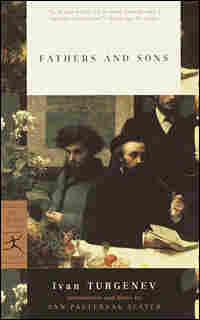 Read an Excerpt: 'Fathers and Sons' 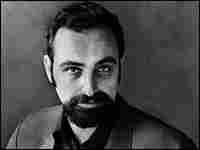 Gary Shteyngart's first novel, The Russian Debutante's Handbook, won the Stephen Crane Award for First Fiction and the National Jewish Book Award for Fiction. It was also named a New York Times Notable Book, a best book of the year by The Washington Post and Entertainment Weekly and has been translated into 10 languages. Shteyngart's fiction and essays have appeared in The New Yorker, Granta, GQ and many other publications. He was born in Leningrad and moved to the States with his family when he was seven; he currently lives in New York City.

Call them buttonhole books, the ones you urge passionately on friends, colleagues and passersby. All readers have them -- and so do writers. All Things Considered talks with writers about their favorite buttonhole books. And the series continues all summer long on NPR.org.

My favorite novel is Ivan Turgenev's Fathers and Sons, a 200-page ravishing knockout of a book that explains just about everything you need to know about families, love, heartache, religion, duels and the institution of serfdom in 19th-century Russia, not to mention advice on how to seduce your housekeeper's young daughter. In short, it's a Russian masterpiece, one written so beautifully and with such economy, that when you finish reading it you feel a little shaken and a little stirred. A vodka martini on the front porch might be in order.

The novel's two main characters are Arkady and Bazarov. They're the "sons" in the title, back from university in St. Petersburg to visit their families in the hinterland. Bazarov is a kind of nihilistic hipster, whose friends discuss topics such as "Is marriage a prejudice or a crime?" Arkady has fallen under Bazarov's spell, but he's still deeply attached to his kind, loving father, a very minor and incompetent landholder, who laments his son's new urbanity. "I've fallen behind, he's gone ahead," the father says, which could be the lament of any sensitive father whose kid has just come home from his first year at Swarthmore.

In the meantime, the young people do the things young people do. Even the seemingly heartless Bazarov who renounces everything but scientific progress, manages to lose his heart to a cold but highly intelligent widow named Odintsova, while Arkady arouses the attentions of her sweet sister Katya. As a character in Woody Allen's Love and Death might say: Katya loves Arkady, Arkady loves Bazarov, Bazarov loves Odintsova, Odintsova loves Odintsova. The background is Russia in the 1860s, a country disfigured by the hideous legacy of serfdom. But this is hardly a social tract. What enraged Turgenev's critics at the time is that he pandered neither to conservatives nor progressives. Bazarov may be a man of the future who says chivalry is a kind of deformity and tries to pal around with the peasants, but in their eyes he's just a simple buffoon who could never understand their hardships.

In the end, Turgenev's gift is his enormous compassion. In Fathers and Sons, no one is right and no one is wrong. Some people are laughable to be sure, but Turgenev's psychological reach is so great that we never feel derision for anyone. Bazarov may cringe at the institution of the family, but his homecoming and the simple, unwavering, comically inept love of his parents, form some of the most heartwarming scenes in Russian literature. When Bazarov finally meets his end (I won't reveal how), the devastation his parents feel is so complete one may be compelled to close the book before reaching its final pages. If there's a real villain in Fathers and Sons, it's not the Czarist government or the herd of fashionable poseurs with their clever ideas, it is life itself in all its cruelty, randomness, indifference and, most of all, its brevity.