Accessibility links
Mathematician Declines Top Prize A Russian named Grigory Perelman, is credited with helping solve a famous 100-year-old math problem. Both the problem and the man who solved it are a bit of a puzzle. 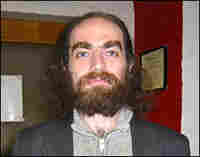 Grigory Perelman won a Fields Medal for his breakthrough work in topology, but refused to accept it. International Congress of Mathematicians hide caption 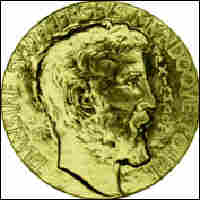 A reclusive Russian named Grigory Perelman has puzzled the world of mathematicians. On Tuesday, Perelman won a coveted Fields Medal, an award given every four years by the International Mathematical Union for exceptional achievement in math.

But Perelman didn't show up to claim the award, and has said he doesn't want it. He told a British newspaper last week, "I do not think anything that I say can be of the slightest public interest."

Perelman is credited with helping solve the Poincare Conjecture -- a famous math problem about the shapes of space that was first posed by Henri Poincare in 1904.

A separate $1-million dollar prize for solving the conjecture is still up in the air. A published proof must stand for two years before being eligible.

The Mathematical Genius Behind the Problem 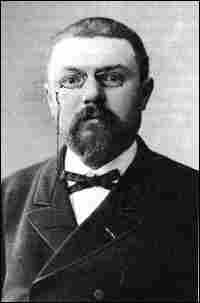 The problem that Grigory Perelman helped solve was first posed by the Frenchman Jules Henri Poincare in 1904. Who was the man behind the question?

A learner of exceptional ability, Poincare contributed to virtually all parts of mathematics. His eyesight was so poor that he often couldn't see the board in class, but he compensated with his phenomenal memory and his ability to visualize information he heard.

E. Toulouse, the director of a psychology laboratory in Paris, took interest in Poincare's mind. Toulouse wrote a book about Poincare, observing that while most mathematicians build upon established principles their colleagues have developed, Poincare always began his work from a basic principle.

How a Genius Writes a Paper

Toulouse wrote that Poincare, "does not make an overall plan when he writes a paper. He will normally start without knowing where it will end … Starting is usually easy … If beginning is painful, Poincare does not persist but abandons the work."

But he didn't give up. According to Toulouse, Poincare expected that the crucial idea would come to him after he stopped concentrating on the problem. So he would often abandon a project temporarily, assuming that his unconscious mind would continue to work at it. His method of working has been compared to a bee flitting from flower to flower.

One of Poincare's most famous discoveries came in response to a prize established in 1887 by the King of Sweden, Oscar II. The challenge was to solve the three-body problem in celestial mechanics, a problem that involved the motion of orbiting bodies in the solar system.

Though Poincare did not provide a complete solution, he was awarded the prize because of his work's importance. Poincare had already sent his prize-winning work to the publisher when a mistake was discovered! Poincare revised the publication, but even his mistake turned out to be valuable; it laid the foundation for chaos theory.

Poincare is sometimes acknowledged as a co-discoverer, with Albert Einstein and Hendrik Lorentz, of the special theory of relativity. The three were working on the problem around the same time, but Poincare and Einstein were not collaborators. In his work, Einstein made no reference to Poincare but in later talks acknowledged him as a pioneer of relativity.

Poincare disagreed with philosophers who thought that mathematics was a branch of logic, and saw intuition as the key factor for discovery. He wrote in Mathematical Definition in Education that, "It is by logic we prove, it is by intuition that we invent."