Accessibility links
Ordinary Songs Become Memorable Events It's stupefying that Karen Dalton remains, even in this crate-digging age, largely unknown: She was a singer of transfixing nuance and uncommon emotional control. If her debut album appeared new today, Dalton could have easily become a phenomenon of at least Madeline Peyroux proportions. 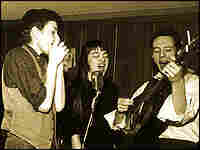 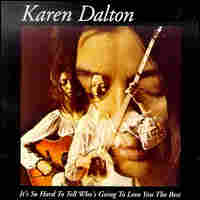 How much did songwriting factor into Dalton's lack of success? Would her records have circulated more widely if filled with original songs?

Karen Dalton (1938-1993) sang in a room-hushing confessional style, with a tone that earned her constant comparison with Billie Holiday. Part of the Greenwich Village folk scene in the early 1960s, Dalton hung out and performed with such luminaries as Fred Neil, the Holy Modal Rounders and Bob Dylan. Her debut, It's So Hard to Tell Who's Going to Love You the Best, was produced by Nik Venet, an executive and talent-spotter who produced Neil and helped launch Linda Ronstadt's first group the Stone Poneys.

So Dalton — who made two records and then vanished, struggling with drug and alcohol addiction until her death in 1993 — had everything working for her. That she remains, even in this crate-digging age, largely unknown is stupefying: She was a singer of transfixing nuance and uncommon emotional control. If this album appeared new today, Dalton could have easily become a phenomenon of at least Madeline Peyroux proportions.

Dalton's timbral resemblance to Holiday represents only a small part of her charm. Born and raised in Oklahoma, the half-Irish half-Cherokee singer created a zone of placidness, a quiet little world in which her interpretations could flourish on their own schedule. Dalton didn't write songs, and some have said that the lack of her own material, coupled with her apprehension over recording, hindered her career. But she transformed ordinary songs into memorable events. She sang blues repertoire in a way that sidestepped blues cliches entirely. She possessed the agility and inventiveness of a jazz singer without the show-biz look-at-me hijinks. When she poured her instant heartache of a voice into folk music, as she did on "Ribbon Bow" (audio), what came out was something incandescent, the sound of timeless truths being dusted off and reexamined under bright light.