Accessibility links
The Huie Kin Family's Dynasty of Diversity Huie Kin made his way from China to the United States in 1868. He later married Louise Van Arnam, overcoming opposition from her Dutch-American family. Their descendants form a clan that celebrates the Great Melting Pot. 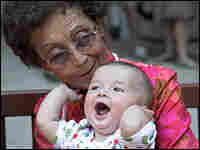 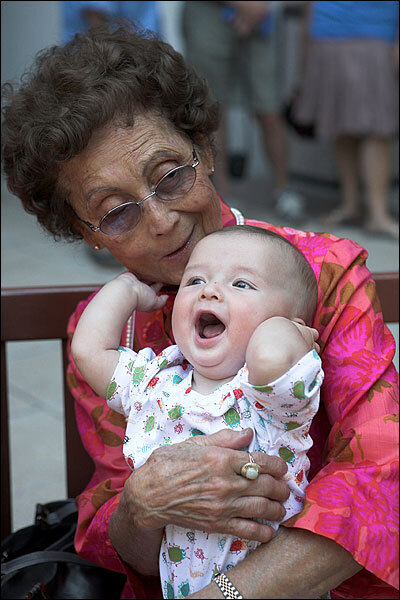 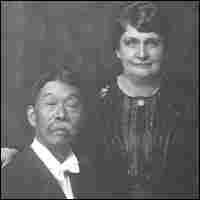 Huie Kin and Louise Van Arnam Huie, the patriarch and matriarch of an expansive family. Courtesy of the Huie Kin family hide caption 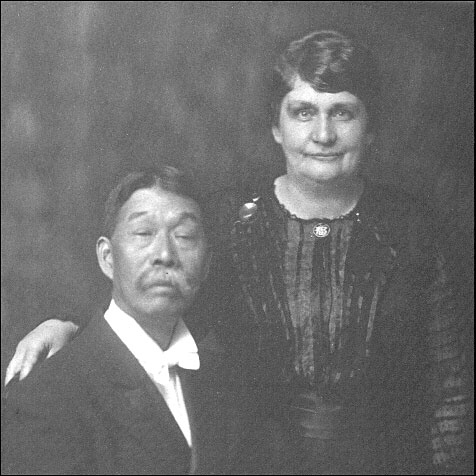 Huie Kin and Louise Van Arnam Huie, the patriarch and matriarch of an expansive family.

Courtesy of the Huie Kin family 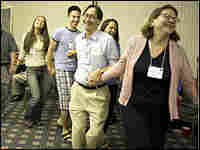 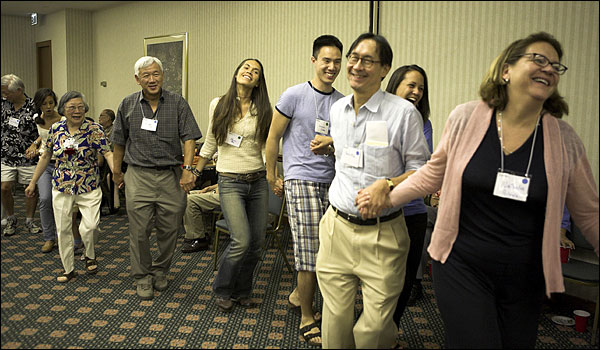 A recent gathering of some 200 people in a Bethesda, Md., hotel conference room is one of many family reunions taking place this summer. Their story began with one man's journey from China to America at age 14.

Huie Kin immigrated to the United States in 1868. He was hired by a woman in Oakland, Calif., who taught him English and converted him to Christianity. He worked his way through college in Pennsylvania, and was sent as a young minister to found New York City's first Chinese Christian church.

There, in 1889, he fell in love with Louise Van Arnam. Huie married her, despite her Dutch American family's opposition to the interracial match. Susan Edith Bell, a 21-year-old Harvard graduate now with Teach for America, says her great great grandparents raised six daughters and three surviving sons to value public service and the life of the mind.

The six Huie daughters ended up marrying Chinese scholars who had come to the United States on a scholarship program established after the Boxer Revolution. The daughters -- all adventurous, athletic and educated at schools such as Columbia and Cornell -- all moved to China with their husbands.

The sisters developed Chinese YWCAs and advocated for education. They mingled with writer Pearl Buck and nationalist leaders such as Sun Yat-sen and Madame Chiang Kai Shek in the turbulent years that led to the founding of the People's Republic of China.

After the Japanese invasions of the 1930s and during the Cultural Revolution, some of the Huie women fled China with their families. Others remained. The Huie men had all stayed in America and married Caucasian women. One became chief engineer of New York City and directed its civil defense during World War II. Throughout, the family stayed in touch.

The Huie clan today includes a significant number of professionals dedicated to public service. A new generation is returning to China to work on issues ranging from microfinance to public health. Reunion attendees traveled from China, Europe, both U.S. coasts and the Midwest.

While pastor emeritus at the First Chinese Church in New York City, Huie Kin published his Reminiscences. Three excerpts from a 1932 edition of the book (republished in 1982) follow:

The first really long journey I took away from home was when I was seven years old. My mother came from the Li (Plum) family, and their ancestral homestead was in a village called Namt'ung near the mountains. Her father was a school-teacher, a man well versed in the ancient and venerable classics. When he died, mother and I and the rest of our family journeyed to the mountain village to attend the funeral service. For some reason, I was chosen to offer the chi-wen, or memorial oration. I had beforehand been drilled to recite it; and, although I did not understand what it was all about, I did the recitation with all the dignity and solemnity that the occasion inspired. After this, on every seventh day for seven successive times, mother and I went there, and in her behalf I offered rice and wine before grandfather's tablet. These trips I enjoyed greatly, for they were holiday excursions, when I was dressed in my best clothes; and, although the walk was long and a bit wearisome, it was exciting to my boyish imagination to get so close to the mountains, and on the way, to wade across a running brook that came out of the big rocks.

But Chinese workmen got into trouble with white immigrant workmen on the Pacific coast, and the latter won, not in the field of labor, but through politics and propaganda. The sudden change of public sentiment toward our people in those days was an interesting illustration of mob psychology such as sociologists are familiar with. The useful and steady Chinese worker became overnight the mysterious Chinaman, an object of unknown dread. When I landed, the trouble was already brewing, but the climax did not come until 1876-1877. I understand that several causes contributed to the anti-Chinese riots. It was a period of general economic depression in the Western States, brought about by drought, crop failures, and reduced output of the gold mines, and on the top of it came a presidential campaign. The Chinese issue was to American politics of those days as the prohibition issue is to American politics of to-day. There were long processions at night, with big torchlights and lanterns, carrying the slogan "The Chinese Must Go," and mass meetings where fiery-tongues flayed the Chinese bogey. Those were the days of Denis Kearney and his fellow agitators, known as sandlot orators, on account of their vehement denouncements in open-air meetings. To Kearney was attributed the statement which showed to what extremes poltical demagogues could go: "There is no means left to clear the Chinamen but to swing them into eternity by their own queues, for there is no rope long enough in all America wherewith to strangle four hundred millions of Chinamen." The Chinese were in a pitiable condition in those days. We were simply terrified; we kept indoors after dark for fear of being shot in the back. Children spit upon us as we passed by and called us rats. However, there was one consolation: the people who employed us never turned against us, and we went on quietly with our work until the public frenzy subsided.

The strenuous life that Mrs. Huie led and the heavy responsibilities she assumed both for the family and for the mission were a marvel to all who knew her. In the following report someone paid her a public tribute which she fully deserved:

"Despite the fact that she has nine children, the last two being twins, and that these nine children, like most children, are enough to wear out any ordinary woman, she assists regularly at the four or five services her husband holds on Sunday. She has forty to fifty guests to dinner every Sunday. She is the leading spirit in a woman's club. She adds to the family income by renting rooms in her big house to various persons, among whom are Chinese and Japanese students at Columbia. She has kept her one servant -- a German woman -- for the last sixteen years. Some persons will consider this last achievement the greatest of all...

"The atmosphere of the Huie Kin house, as one would naturally expect in a Chinese home set down in the midst of an American neighborhood, and in the union of a Chinese with an American, is a blending of the occidental and oriental. Oriental hangings vie with occidental inventions. Western fixtures contrast with eastern furniture. Books printed in English lie on Chinese tables. Teakwood tables and chairs, inlaid with mother-of-pearl hob-nob with plain Yankee contrivances of a practical nature. Electric chandeliers of modern design pale into insignificance beside gorgeous Chinese lanterns of glass and bronze, decorated with shining beads. Olive-skinned youngsters with American expressions of alertness, run up and down the stairs. Things western and things oriental do not mix well as a rule. They are essentially different ideas; but in the Huie Kin home they hae been blended into a harmonious whole." (From The Literary Digest, June 1, 1907)