Accessibility links
Survivors' Stories: Living Through Katrina In the months since flooding and high winds devastated the Gulf Coast one year ago, stories of loss, sacrifice and survival have emerged that help Americans understand what happened -- and to whom. For residents who are still recovering from the ordeal, the stories can be haunting. 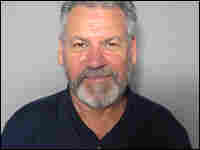 Scroll below to hear from pump operators, doctors, reporters and residents. 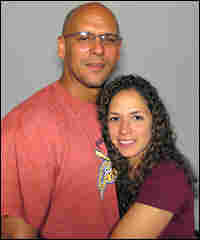 David Duplantier and his wife, Melissa Eugene, say they'll live in New Orleans "until it completely falls apart, if that ever happens." StoryCorps hide caption

In the months since flooding and high winds devastated the Gulf Coast one year ago, stories of loss, sacrifice and survival have emerged that help Americans understand what happened -- and to whom.

For residents who are still recovering from the ordeal, the stories can be haunting.

A native of the Gulf Coast, Douglas P. deSilvey, 59, lives in Gulfport, Miss. It's where he met his wife, and where they raised their daughter.

Beginning his recollection of the last days of August, 2005, deSilvey says, "The story I want to tell today is about my family." Speaking of his wife, daughter and mother-in-law, Nadine, deSilvey says, "The three women in my family have steered my life for the past 59 years, to the man that I am today."

Before Hurricane Katrina made landfall, the family retreated to deSilvey's mother-in law's house, as they had for many storms. But a look out into the bay behind the house convinced deSilvey that the water would rise too high.

As he tried to warn his family about the danger, the roof collapsed. DeSilvey's wife, Linda Allen deSilvey, 57, and daughter, Donna K. deSilvey, 35, died, as did Linda's mother, Nadine Allen Gifford, 79, and her husband, Edward "Ted" Gifford, 79.

A 16-year veteran of the New Orleans Police Department, David Duplantier went on patrol at the Superdome on Sunday, Aug. 28, 2005. He was there for more than a week.

The Superdome was meant to be a refuge, a temporary shelter before those trapped in New Orleans could be evacuated. But instead of withstanding the storm, Duplantier says, "the roof literally looked like an eggshell. It started to peel. And you could hear the wind."

The floodwaters rose all around the Superdome, essentially trapping those who sought shelter there. But, Duplantier says, "The people never stopped coming in."

His wife, Melissa Eugene, had already fled inland as Katrina approached. And as he kept working -- and not sleeping, Duplantier says, "All I wanted to do was let you know I wasn't dead, I was alive."

When he was released from his duties at the Superdome, "I remember just feeling like I just escaped," Duplantier recalls. He immediately tracked his wife down.

"That was the happiest day of my life," Melissa says. 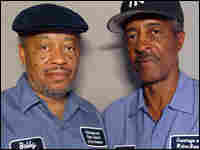 Rufus Burkhalter, 61, and his friend and co-worker Bobby Brown, 58, are water-pump operators at Pumping Station No. 6 along the 17th Street Canal in New Orleans.

In the days after Katrina hit, Burkhalter and Brown risked their lives inside the station, continuing to work even after the levees broke. Pump Station 6, in Orleans Parish, is one of the world's largest pumping stations.

Brown's home in the Lower Ninth Ward was submerged and destroyed, and everything inside Burkhalter's home was severely damaged by the rising water.

The pair have worked together for more than 20 years. 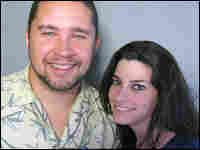 Norman loaded his car with valuables (photos from Africa, his guitar, passport, board games, beer and whiskey), and parked it in a garage before setting out to report on the storm around Long Beach, Miss., a town he regularly covers.

The newspaper's work led to a Pulitzer Prize for public service. 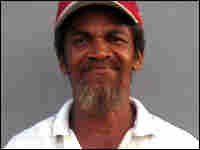 John Taylor was born in New Orleans' Charity Hospital and raised in the Lower Ninth Ward. One of his sisters died at the hospital during Hurricane Katrina because of a power failure.

The storm also destroyed his childhood home, including the only things Taylor, a dockworker, says he really wanted from there: photos of himself when he was younger. 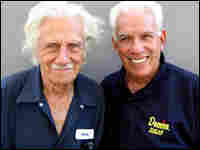 When Katrina hit, Roy Calabrisi, 83, stayed in his home. But after he suffered a heart attack, he was taken by boat and then airlifted to a hospital for successful heart surgery.

His younger brother, Tony, 77, evacuated his home in St. Bernard Parish just before it was reported that the levees had broken. Roy's home flooded and then burned when a fire started next door.

Tony and Roy have an older brother, Sal. They also have two sisters. One, who is 82, moved to Alabama with another sister after Katrina totaled her home. 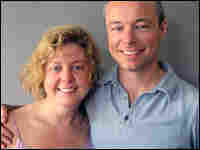 Dr. Kiersta Kurtz-Burke spent five days trapped inside storm-damaged Charity Hospital, caring for patients as they awaited rescue. Speaking in their New Orleans home, Kurtz-Burke tells her husband, Dr. Justin Lundgren, about conditions inside the hospital right after the power generators went out.

After a gas leak was discovered in the hospital, Kurtz-Burke wrote a letter to family and friends just in case anything happened. She had 16 patients on her floor of the hospital, along with numerous family members of patients and staff.

After the storm, Charity Hospital was shut down and all employees were laid off.

In May, 2006, StoryCorps visited New Orleans’ Jackson Square for a month-long recording effort.

Working seven days a week and extending its outreach to senior centers, hospitals and FEMA trailers across the region, StoryCorps staff recorded 174 interviews. StoryCorps worked with member station WWNO, which has been airing the interviews.

This 'Morning Edition' piece was produced by Katie Simon with Michael Garofalo.

Special funding for the StoryCorps Katrina Initiative came from the Ford Foundation, with additional support from the Open Society Institute and the Corporation for Public Broadcasting.