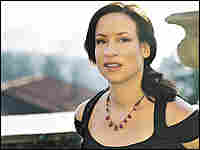 Like her main character, author Andrea Lee spends most of her time in Italy. Random House hide caption 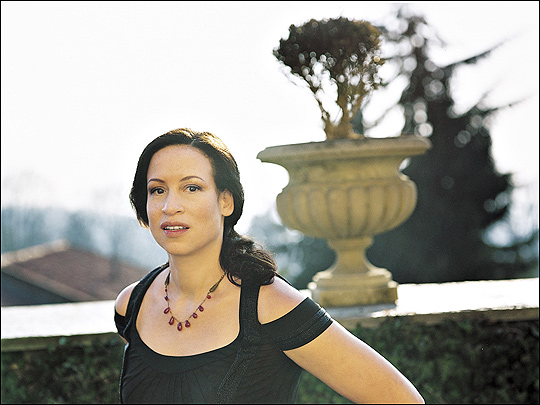 Like her main character, author Andrea Lee spends most of her time in Italy.

Mira marries Nick in a picturesque wedding at their alma mater. They head to Italy to start a new life together. But Mira meets Zenin, an Italian billionaire. He edges into her life... and the life she has created with Nick... and Mira finds herself in the throes of an intense affair.

Eighteen years later, Mira, Zenin and Nick are still trying to put their lives back together. 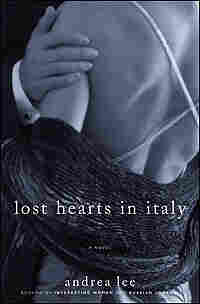 The call comes three or four times a year. Always in the morning, when Mira's husband and children have left the house, and she is at work in her study, in the dangerous company of words-words that are sometimes docile companions and at other times bolt off like schizophrenic lovers and leave you stranded on a street corner somewhere. There are moments when Mira, abandoned in the middle of a paragraph, sits glaring furiously out past the computer at the chestnut trees in her hillside garden and the industrial smudge of Turin below in the distance and the Alps beyond. Then the phone rings, and she breaks her own rule to grab it like a lifeline. And eerily enough, as if from hundreds of miles away he has sensed her bafflement, her moment of weakness, it is often Zenin, a man who once wrecked part of her life.

Oh, not Zenin himself, not at first. His billionaire's paranoia is too strong for that. He never calls her on a cell phone, always from his office, never from one of his houses, from his yacht, from his jet. The call is placed by any one of a bevy of young Italian secretaries, the kind who announce their names in bright telemarketers' voices. Pronto, it's Sabrina. Marilena. Or Veronica. It's different each time, but always the kind of aspirational Hollywood-style moniker that in Italian sounds slightly whorish.

Mira agrees, as she always does. Va bene -- all right -- has a ceremonial sound. Like the close of a church service, a sign of acceptance and submission. She even adds a hint of comradely amusement, because after all this time she understands that Zenin has no power over her. She listens to him promise to call on Monday with plans and then puts down the phone. Knowing she won't hear from him for months.

And as usual she sits turning the mystery over in her mind. Why Zenin bothers to go through this threadbare ritual. Why she lets him.

Her eyes run over the ranks of photographs crowded on the shelf near her desk. Mira and her present husband, Vanni, hamming it up in front of the Taj Mahal. School shots of her eight-year-old and six-year-old sons, Stefano and Zoo. Her daughter, Maddie, in a white commencement dress, brandishing a bouquet. The jacket photo for her first travel book, a dozen years earlier, where she peers rather belligerently out of a grotto in Matera. Boisterous family groups with scuba gear, on skis. Their Turin villa in the throes of restoration, the garden full of rubble, medieval brick doorways open to the weather. Her parents and sister, yellowed by seventies celluloid, waving from the steps of her childhood house in Philadelphia.

A defensive wall of memories, a gallery of life on two continents. The life she rebuilt in northern Italy after she left Rome and the ruins of that first marriage, that love affair. Yet nothing is a complete defense against Zenin. She thinks of an early story by Moravia called "Madness," in which a rich Roman housewife amuses herself by pretending to an old flame, who lives far away, that she is an insane recluse. They have long telephone conversations in which she describes her ordinary family days as a series of hallucinations.

In the same way, when Zenin phones, the rest of the world recedes. They alone are real, two points of brightness connected by sound waves and the past. But as the connection is established, like lights on an electronic map, she imagines a third point lighting up somewhere else. Mai due senza tre, as the Italian saying goes, never two without three. The essential third point is her first husband, Nick, Zenin's former rival. Hidden somewhere in the glass and steel corporate wilderness of Canary Wharf or Wall Street or the Bund in Shanghai. Mira never hears from him but she gets regular news from their daughter, Maddie, of his life in London, his family, his career in international finance. Nick is somehow always present at these encounters in space, where all times are one time.

It was always less like a triangle than a game, she thinks. One of those annoying electronic games her boys play, where computer-generated civilizations battle each other, or the kind of ancient board combat that people claim dates back to the Olmecs or Hittites or sunken Atlantis. A game with a dozen shifting alliances. Young married couple against the old libertine. Lovers against husband. Rich against not rich. Europe against America. A game of skill that at its hottest and hardest should have concluded, according to a military code of honor, or to the rules of storytelling, with an execution. At least a suicide. Except that the three of them obstinately remained alive. All three of them, Zenin, Nick, and Mira, have one thing in common besides a susceptibility to passion. And that is a stubborn, rather bourgeois attachment to life and its consolations.

So now, nearly two decades later, they're all alive, widely separated, no longer hagridden by lust and jealousy, grown older and lazier, less exacting about their pleasures. Zenin, Mira reminds herself, is actually a grandfather. Nick has a beautiful second wife and two girls besides their own daughter, Maddie.

She herself is so immersed in the controlled chaos of family and work that she barely notices she is happy. The only thing that revives their game, their three-sided connection, is the empty liturgy of these phone calls from Zenin, which recall a moment in time when raw excess made them a casual aristocracy, apart from the rest of the world.

It's nostalgia, thinks Mira, returning to her work. Not for love, of course. For being young.

But later she thinks that the calls are a way of saying, You still belong to me. And she knows that some part of her does belong to Zenin. And a part to Nick as well. As we always belong forever to people who have hurt us badly, or been badly hurt by us. 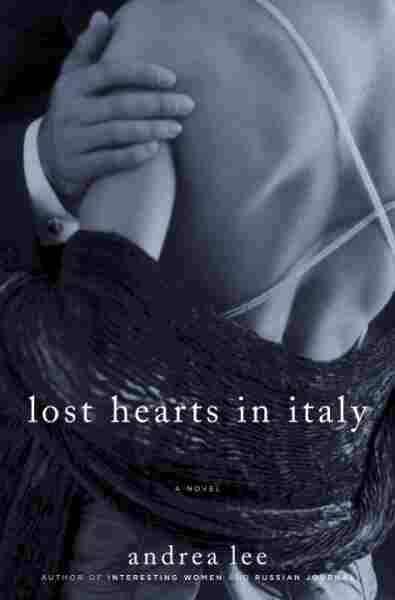