Accessibility links
'It Takes a Nation' to Survive a Storm Laura Dawn, cultural director of MoveOn.org, edited It Takes a Nation: How Strangers Became Family in the Wake of Hurricane Katrina. The book collects oral histories and photos of storm evacuees and those who helped them.

Listen
'It Takes a Nation' to Survive a Storm

Laura Dawn, cultural director of MoveOn.org, edited It Takes a Nation: How Strangers Became Family in the Wake of Hurricane Katrina. The book collects oral histories and photos of storm evacuees and those who helped them. 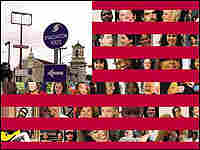 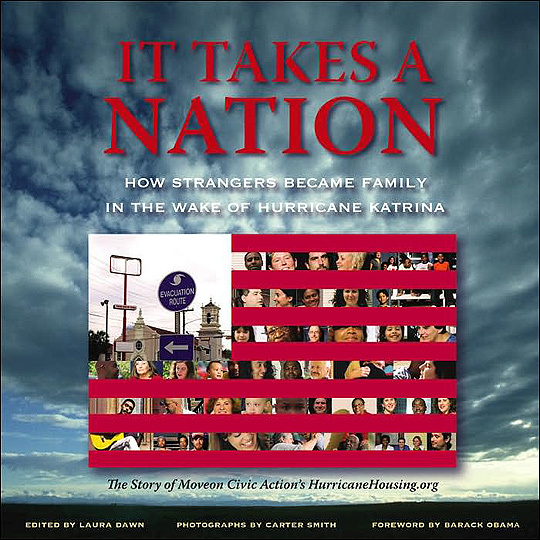 In the days after New Orleans flooded, the non-profit MoveOn.org set up a Web site to pair Katrina evacuees with people around the country offering them housing. Within three days, more than 160,000 American had opened their homes to displaced Gulf Coast residents.

Laura Dawn is cultural director of MoveOn.org. She edit a book of oral histories and photographs called It Take a Nation: How Strangers Became Family in the Wake of Hurricane Katrina. She spoke with NPR's Farai Chideya.

Why did you decide to put together this book? To celebrate what happened or to point the finger at inaction on the behalf of other agencies?

Ms. LAURA DAWN (Cultural Director, MoveOn.org): The main genesis of the idea for the book just came from our 1-800 operators. You know, we set up the Web site within about two days to get the word out to housing donors. But, obviously, evacuees were going to have trouble (unintelligible).

So we also set up an 800 number and put out radio PSAs trying to get the word out that you could call this 800 number, and an operator would connect you with housing. They would actually go on the Web site and search for you.

These 1-800 operators, who were largely volunteer, just began reporting that these amazing stories were flooding in. I think that he evacuees just, they needed to talk, you know. And so the 800 number operators became friend, counselors, just listeners, you know. And I don't know about you, but I just felt such a deep sense of shame at the way Katrina was handled or not handled.

And to hear these stories that made you really believe in people's intrinsic goodness, I just thought that's something that should be told.

CHIDEYA: So, Laura, why don't tell us about one of your favorite stories from the book?

Ms. DAWN: I think one of my favorite stories in the book is the story of Chianti(ph) Senegal(ph). She was eight months pregnant and she's from New Orleans's Ninth Ward. And people were sort of saying, you know, it seemed like a lot, why did people not leave? Well, if you don't have a car and if every rental car in the city is taken, how do you leave?

And so Chianti and her family found themselves in that predicament. And they actually found like one last U-Haul. You know, like a U-Haul truck that you would load your furniture in or something. They rented that U-Haul and about 25 other neighbors begged to come with them cause they also couldn't get out.

So 25 people are crammed in the back of the U-Haul, and Chianti's eight months pregnant and sitting in a lawn chair in the back of this U-Haul for about 17 hours as they got out of the city. So when they finally got to shelter, she was feeling very ill, and she felt like she might be having the baby prematurely.

Well, there was no that could help her. They were getting very worried because she was feeling very ill. So her fiancé went online and he actually went onto HurricaneHousing.org, and he was connected to this woman, Toby Holly(ph) in Phoenix, Arizona. She went to her church and they all chipped in and they bought them plane tickets.

So Chianti had actually never been out of New Orleans. So one day she goes from a truck to a bus to Houston where there she got on her first airplane flight to Phoenix, Arizona. And when she landed, Toby greeted and actually took her straight to her gynecologist because she was very worried about her baby.

The gynecologist says you're having your baby right now. They airlift via helicopter to a hospital where Chianti to Amira(ph), and they call her the miracle child. And they all still together, these two families in Phoenix, Arizona. They have jobs now and they go to church together every Sunday.

They just have found these new best friends and created a whole new family. And it's just such an incredible story, you know, how just one person reaching out from Phoenix, Arizona could help them in such a miraculous way.

CHIDEYA: So, final question: are you planning a follow-up? It's the one-year anniversary of Katrina. Are you going to follow any of the people who you've documented in this book or who were matched up through your program as we move forward?

Ms. DAWN: Well, I have checked in with a great many of them, and I'm very sad to report that a lot of the people in the book are still in very dire straits. Help has come, but it's come in these incremental steps that don't actually add up to being able to rebuild a life.

FEMA has given many trailers, but, you know, what I've heard firsthand from the people that have been featured in this book is that, okay, great, I have a trailer and they take you to your FEMA trailer, which is then 80 miles from any city. And there's no public transportation and they don't have cars.

And so now you're in a trailer that you can't afford with no job and no transportation. So it's not that the federal government hasn't tried to help. I do believe that there are, you know, efforts being made, but I'm not sure that they're being made in a logical way that actually is producing the result that we all want.

CHIDEYA: Laura, thank you so much.

Ms. DAWN: Thank you so much for having me.

GORDON: That was NPR's Farai Chideya speaking with Laura Dawn, cultural director of MoveOn.org, and editor of the book It Takes a Nation: How Strangers Became Family in the Wake of Hurricane Katrina. 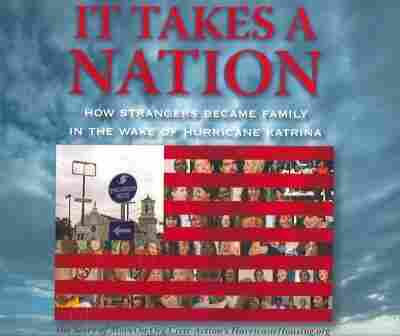 It Takes a Nation

How Strangers Became Family in the Wake of Hurricane Katrina

by C. B. Smith and Barack Obama

Title
It Takes a Nation
Subtitle
How Strangers Became Family in the Wake of Hurricane Katrina
Author
C. B. Smith and Barack Obama