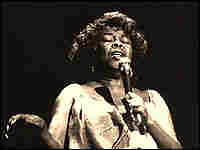 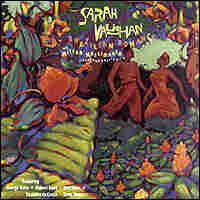 What are three essential Sarah Vaughan albums? Is there another jazz singer who handles Brazilian song as skillfully?

Make This City Ours Tonight

Nothing Will Be as It Was (Nada Será Como Antes)

Militant jazz fans aren't likely to cite Brazilian Romance as the place to start exploring the work of Sarah Vaughan. The album was made in 1987, near the end of the great jazz singer's recording career, and it's clearly a product of that time, complete with dated smooth-jazz textures, electric pianos and synthesizers. As on many of her later works, a trickle of schmaltz runs through it. Plus, the songs aren't the expected dinner-music standards, but more intricate post-bossa-nova songs written by Milton Nascimento — who plays Vaughan's foil on "Love and Passion" (audio) — as well as Dori Caymmi and others.

It takes Vaughan about 30 seconds of the opener, "Make This City Ours Tonight" (audio), to demolish those arguments. She slides and slithers, smoothing over the music's sharp angles with just the warmth of that commanding, iconic voice. She's well aware of the tune's distinct rhythmic cadence, but that doesn't mean she'll follow it: After singing the first verse fairly straight, she elongates the lines of the second, draping her phrases lazily in a way that nearly obliterates the pulse. That particular skill, especially evident on "Nothing Will Be As It Was" (audio), was one of the things that musicians loved about Vaughan: Without resorting to shooby-doo scatting, she'd develop free-floating, impulsive phrases that were audacious enough to change the shape and the tone of a song.

Vaughan was, arguably, the foremost interpreter of Brazilian music in jazz history. Her discography contains many live albums featuring her arrangements of hits by Antonio Carlos Jobim and others, as well as a few themed collections developed exclusively to Brazilian material. Brazilian Romance is the most compelling and consistent of the latter group: Recorded three years before she died, it's her equivalent of Johnny Cash's American Recordings — full of contemporary spirit, propelled by a timeless voice.