Alan Cheuse reviews The Emperor's Children by Claire Messud. It's a novel about a group of young New Yorkers and their struggles with family, work, and love.

A new novel by Claire Messud focuses on a group of New Yorkers, mostly in their late 20s and early 30s, and their struggles with family, work and love. The novel is called The Emperor's Children.

Alan Cheuse has a review.

Although the novel opens at a dinner party in Sydney, Messud quickly and forthrightly plants her flag in the stuff of New York city life in the spring and fall of 2001. Her characters are mainly well established middle class and rising young bohemians. All of these folks are associated by birth or friendship or circumstance with a Manhattan highbrow pater familias named Marie Thwait.

Thwait, either a sophist or a genius or maybe a little of both, stands at the center of the story. About him mills a cast of slightly befuddled, sometimes devious characters who act the story of family and betrayal, truth and ambition, fidelity and desire.

Among them are Thwait's beautiful daughter, Marina, who tries to find her own way as a writer and soon-to-be wife, and Marina's friend Danielle, nowhere near as beautiful as Marina, who gets all too close to Marina's father. And then there's Marina's overweight Jersey cousin, nicknamed Booty, who apprentices himself to overbearing Murray with nasty results.

The plot, which has as its center Thwait's rise and fall, is somewhat slow to build. What kept me going until it really kicked in with a vengeance were Messud's captivating powers of sentence and paragraph making. She has a wide arm span and broad powers of embrace, catching emotion in mid-flight and giving us the feel of thought rather than the usual thoughts about feeling that many writers deliver.

“Borrowed from the library, it was a heavy volume, and he had already imagined letting it fall wholesale into the tub where it would swiftly encounter the floating white bulk of his torso, though not before being soaked and ruined,” Messud writes. The book was a novel - Infinite Jest by David Foster Wallace. He as about 100 pages in and he couldn't tell what he thought about it.

This passage came about 50 pages into Messud's novel and I can tell you that by this time I knew what I thought about her book. I was reading one of the slyest, most intelligent and entertaining novels of the year. 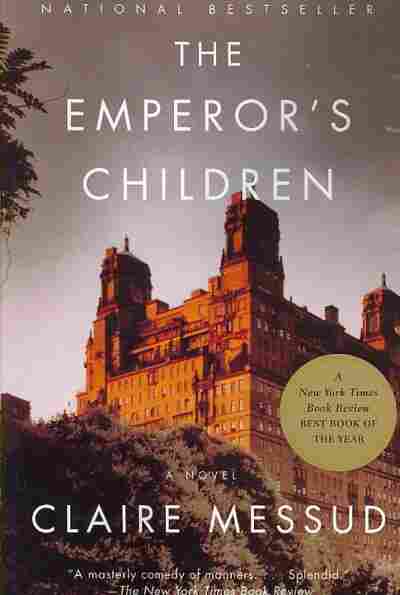