Warning: getimagesize(https://media.npr.org/books/summer/2006/graphics/summerreading165-edd7d59507bdd2f64690b25cb0883ac8e62dc82f.gif): failed to open stream: HTTP request failed! HTTP/1.0 404 Not Found in /var/www/html/src/Views/CommonJsonldView.php on line 87
 A History Both Global and Personal : NPR
Accessibility links
A History Both Global and Personal Eric Hobsbawm's The Age of Extremes completes his four-book study of world history that began with The Age of Revolution in 1962. Author and historian Michael Kazin talks about its significance.

A History Both Global and Personal

A History Both Global and Personal 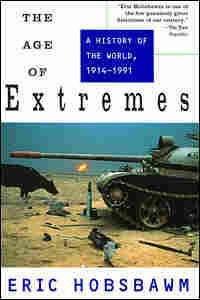 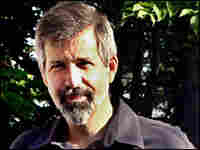 Michael Kazin is professor of history at Georgetown University and the author of America Divided, The Populist Persuasion and Barons of Labor, in addition to the just-published A Godly Hero. He is a frequent contributor to The New York Times, The Washington Post, The Nation and The American Prospect, among other publications.

Eric Hobsbawm's The Age of Extremes completes his four-book study of world history that began with The Age of Revolution in 1962. Like its forerunners, it employs a commanding narrative sweep, giving a sense of dramatic change convulsing social orders, scientific communities and aesthetic movements, often all at the same time.

Unlike these earlier books, though, it contains a good deal of personal testimony from the author, who lived through many of the European cataclysms that shaped the 20th century. It also records some of the author's most honest reckoning with his lifelong commitment to communism -- at least in its gradualist British version -- and disillusion with the crimes of "historically existing socialism" in the Soviet Union and elsewhere. NPR discussed The Age of Extremes with Michael Kazin, the author most recently of A Godly Hero: The Life of William Jennings Bryan.

Q: Throughout The Age of Extremes, Hobsbawm insists that the practice of history becomes more important in an increasingly amnesiac social world. Yet he also presents a chilling vision of how late-modern types "grow up in a permanent present ... with no real sense of a public past." How does his own brand of history address this sort of perceptual deficit in dealing with the past?

Hobsbawm cares a great deal about using the past to inform and, perhaps, change the future. This is evident in his recent memoir, Interesting Times, as much as in The Age of Extremes. In fact, since the span of his life is almost co-terminous with that of the "short 20th century," the two books can be read as alternative versions, in different authorial modes, of the same essential story. Age of Extremes ends with the judgment, phrased in the idioms of classical Marxism and a frustrated "bourgeois" idealism: "The forces generated by the techno-scientific economy are now great enough to destroy the environment ... The structures of human societies themselves, including even some of the social foundations of the capitalist economy, are on the point of being destroyed by the erosion of what we have inherited from the human past. Our world risks both explosion and implosion. It must change."

There is despair in these words. But for Hobsbawm, the very act of being able to see oneself as a figure in history -- as opposed to an historical figure, with the self-importance that inevitably accompanies that term -- is an essential resource for building a humane society. That kind of self-consciousness is the most valuable intellectual legacy of the "historical materialism" that Marx and Engels developed.

Q: Do you find -- as I did -- Hobsbawm's account of the public past disturbingly selective when it came to the abuses of the Soviet Union? He mentions the Gulags in a handful of brief passages, and says even less about the Stalin-era purges and show trials.

Certainly, Hobsbawm is too sympathetic to what used to be called "the Soviet experiment" -- the decidedly unscientific order that had a mostly deleterious impact on the history of the 20th century, particularly the history of those nations ruled by a party which modeled itself on the Leninist model. The tone as well as the brevity of his description of the millions of people whom the Soviet government exterminated suggests his psychological distance from their suffering: "the number of direct and indirect victims must be measured in eight rather than seven digits."

Yet at the same time, he does a masterful job of explaining why the Bolsheviks came to power in 1917. This was, after all, a time when no other political faction was able or even willing to take power and seek a solution to the chaos left by the collapse of the Czarist regime amid the slaughter on the Eastern Front. And Hobsbawm also evokes and explains what about Soviet Communism appealed so strongly to so many people for so long. Towards the end of the book, he provides a sober analysis of why the whole edifice of the USSR and its satellites crumbled so rapidly and thoroughly. These are vital questions for an historian to answer, and Hobsbawm's long but usually critical affiliation with the British Communist Party allows him to answer them quite brilliantly.

I do wish he had written a more censorious history of "existing socialism." But his reticence to describe its human costs is not due to his partisanship. Rarely does he dwell on the bloody details of this bloodiest of all centuries. For example, he devotes only one passing phrase to the Holocaust, which is remarkable for a Jewish historian of any political persuasion. So, for me, the insights yielded by his acute analytical sangfroid outweigh the absence of a truly empathetic temperament.

Q: On a related note, it seems that Hobsbawm is much too glib in dismissing the political theologies of the Muslim world as a dalliance with a "simpler and stable and more comprehensible age of an imagined past." Hasn't it been evident for some time, even before the Sept. 11 attacks, that Islamic fundamentalism, like its Christian counterpart, is an anti-modern movement entirely at ease in its use of modern technologies and recruitment techniques?

In his defense, Hobsbawm drafted this book before the rise of militant Islam became as apparent as it has over the past decade. But understanding religion has never been his strongest suit. He does make the Marxist -- and, for that matter, secular liberal -- error of reducing religious enthusiasm to its socio-economic components. Ironically, he often compares his allegiance and that of his contemporaries to Marxism and Communism to a religious faith -- and attributes the relatively bloodless fall of the USSR to a patent loss of this faith, even among the high priests of the Politburo.

Q: How much of Hobsbawm's revolutionary Marxism persists in this account? Does he have anything in mind to replace it?

Hobsbawm long ago replaced his revolutionary politics with a version of social-democracy. One can see this in his high regard for the Italian Communist Party, the first major CP in the West to jettison its Bolshevik heritage, as well as its successor which waves the banner of "democratic socialism" and takes positions similar to those of any center-left party in Europe or, for that matter, in North America. In Britain, Hobsbawm was a notable defender of Tony Blair's successful attempt to wean Labour away from its identity as a party rooted mostly among the unionized working class in declining industries and to become, instead, a mass "party of the people." Hobsbawm has also written in praise of the American reform tradition. In Interesting Times, the only politician about whom he writes unambivalently and unironically is that "traitor to his class," Franklin D. Roosevelt.

So Hobsbawm probably has scant, if any, hope for a millennial revival. In fact, he may have lost that hope as early as the late 1940s when the great expectation of a global lurch leftward, described in Age of Extremes, essentially came to naught. His sensibility is nearly always cool and distanced. Perhaps, as Tony Judt commented in a review of the book, it reflects the loss of faith in the potential for human emancipation that flowered during the long 19th century (from 1789 to 1914) and were compromised, at best, by the end of the short 20th.

Q: How has Hobsbawm's work influenced your own thinking -- and writing -- about the past?

On one hand, my own work is much narrower in scope and quite distinct in sensibility from Hobsbawm's. I write mostly about the politics and ideology of my own nation and view empathy with both historical subjects and contemporary readers as vital. I have neither the abililty nor the ambition to craft the kind of multi-topic, heavily structural, global narratives that are Hobsbawm's greatest achievement (although he has also written brilliantly about such narrower topics as the meaning of the workman's cloth cap and the history of jazz). Among the school of British historians who were once comrades in the British CP, I've always felt closer in spirit to the late E.P. Thompson, whose masterpiece was The Making of the English Working Class. I admired Thompson's decision to put aside his scholarly writing during the 1980s to become a leader in the international campaign against nuclear weapons, criticizing the United States and the USSR with equal passion.

Yet we need to understand the larger history of our planet and to do so with a certain coolness that views the barricades -- cultural, intellectual, as well as political -- from some distance apart and above. No historian writing in English does this with the lucidity and wit and eye for the telling detail and summarizing judgment that Hobsbawm has brought to the task since writing the first volume of this tetralogy almost five decades ago.

One example will suffice. In his chapter on the quarter-century after the end of World War II -- "the golden age" -- he writes not just about the diffusion of such technological marvels as TV, refrigerators, and automobiles to nearly every corner of the globe or the astounding rise in incomes that brought a cosmopolitan flavor to such poor nations as Jamaica and Algeria as well as to rich ones like Japan and Finland. He makes clear that behind this change of life lay a "sudden and seismic" shift in consciousness: "For 80 percent of humanity the Middle Ages ended suddenly in the 1950s; or, better still, they were felt to end in the 1960s."

Some scholars would object that "the Middle Ages" is not a meaningful concept to apply to the history of any country outside West and Central Europe. But that would miss the beauty of Hobsbawm's formulation. In fewer than 25 words, Hobsbawm manages to illuminate the revolutionary character of the unparalleled growth of industry and a global consumer economy -- with politicians and social movements of different stripes trying to understand and exploit this development, of course. And his habit of amending himself, within the same sentence, demonstrates the balance between material reality and consciousness that is perhaps the most beneficial aspect of the Marxist approach to history.

I expect that historians and, I hope, ordinary readers of history will continue to learn from Hobsbawm at the end of the 21st century as they do at its beginning. He is not my model, but he is my teacher. 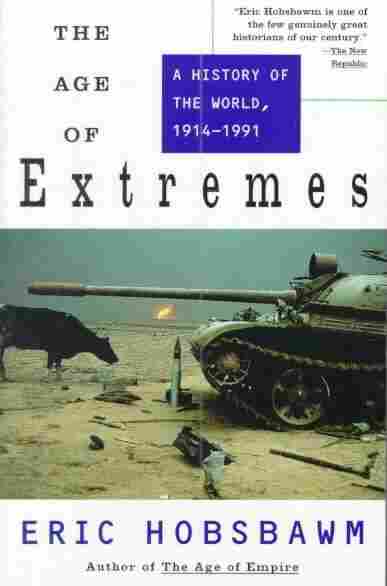 The Age of Extremes

Title
The Age of Extremes
Subtitle
A History of the World, 1914-1991
Author
E. J. Hobsbawm