Accessibility links
The Movies You Can't Stop Watching You know what's going to happen. You know what the characters will say before they say it. Ah, the thrills of watching the same movie over and over and over. Here are some of the multiple-view movies submitted by Talk of the Nation cineastes.

The Movies You Can't Stop Watching

The Movies You Can't Stop Watching 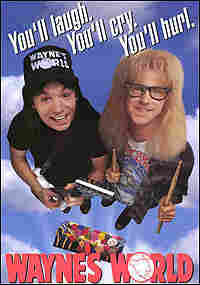 It wouldn't be a party without Wayne's World. hide caption 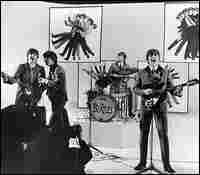 John, Paul, George, Ringo and you -- a match made in cine-heaven. hide caption 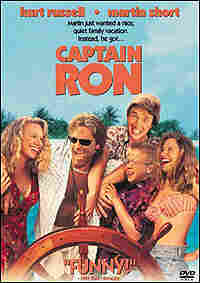 Critics called it "sorry." But fans can't get enough of it. hide caption 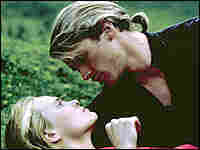 The love of the Princess Bride is sweeter the 100th time around. hide caption 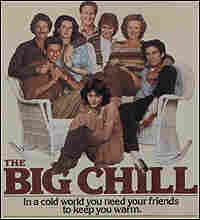 You know what's going to happen. You know what the characters will say before they say it. Ah, the thrills of watching the same movie over and over and over. Talk of the Nation asked its listeners to send in the movies they could view every single day. Here's a sampling.

It Is Worthy! Wayne's World is the movie I've seen the most in my life. The distinct language from that movie was engrained in my brain. I was in eighth grade when it came out, and my friend, Jenny, and I use to recite the various scenes as if we were rehearsing.

My little brother and I would drive our family crazy at dinner time with "Shyah, right" and "We're not worthy!" I still smile when I think about it. Maybe I'll watch it tonight.

Beatles Forever! The granddaddy of most-watched movies for me would have to be A Hard Day’s Night. I have literally seen it more times than I know, possibly over 100 times.

The film always has made me laugh, and, ever since John Lennon’s murder, usually makes me tear up at some point. Nothing can really capture what it was that was so magical/weird about Beatlemania, and the wit and charm of the four fellows who defined that craze, but this fictionalized account of a British tour and concert comes mighty close.

The Beatles' early music, utterly fresh and dynamic in its time, still holds up today, as does the witty writing, sharp, "mod" directing, refreshing acting and lush black and white photography.

I would say I am the person/professional that I am today -- for the good or bad of it -- from repeated childhood viewings of A Hard Day’s Night. It's a classic, by any measure.

Chill Factor My husband, son and I have watched The Big Chill so many times that the two of them say the dialogue ahead of the actors (to my dismay). My husband, Duaine, also watches Lonesome Dove again and again. I can watch The Black Stallion any day much as I read and reread the book series as a girl.

Captain Who? This was a three way tie between Wizard of Oz, Grease and Sleepless in Seattle.

Dude! The movie I can watch over and over again is The Big Lebowski. The strong performances from Jeff Bridges and John Goodman keep me coming back again, as does the fluid comedic dialogue. It's one of those films that you know every line by the second time you watch it.

Maude: What do you do for recreation?

The Dude: Oh, the usual. I bowl. Drive around. The occasional acid flashback.

Desperate Housewives, Circa 1967 Reflections in a Golden Eye is a favorite to repeat if we can have the vicarious pleasure of sharing the viewing with someone who has no idea what it's about. Reflections is an adaptation of a Carson McCullers novel, directed by John Huston. It stars an almost-middle-aged Marlon Brando as a repressed homosexual U.S. army major married to the commanding general's commanding daughter, Elizabeth Taylor. Liz makes up for a lack of intimacy at home with the help of Brian Keith, the colonel next door. Julie Harris is the colonel's sensitive, distraught and desperate housewife. You can watch this as great drama or high camp or both, which is what it is.

She's Perfect Every time I see it on I rewatch The Fifth Element with Bruce Willis. I have never been a big Bruce Willis fan, but there is something about Milla Jovovich as a "perfect" being.

The Colonel and Maude Many people I know have seen Harold and Maude multiple times. I have seen it seven times in the theater and twice for romantic evenings at home.

I have also seen Apocalypse Now seven times in the theater. The hypocrisy of war has never before been made clear on film.

No Gamble Casino, because it's perfect.

Completely Different Few movies are worthy of repeat viewings. In my opinion, only movies that can be better understood or better appreciated are worth seeing over and over.

Monty Python and the The Holy Grail meets this criteria perfectly. I've seen the movie dozens of times. If it were possible to wear out a DVD, I would have done so by now. Every time I see it, I pick up a new bit of slapstick going on in the background or a little side dialogue that sends me into hysterics. Heck, you have to see the movie ten times just to appreciate all the humor in the opening credits.

Cure for a Cold My all-time favorite movie is The Princess Bride. I turn 30 this year, and I have watched it more times than I can remember. I used to watch it as a child when I was home sick. My brother and I wore out our VHS tape. Even now, when I get the sniffles or it’s a cold Sunday afternoon, I curl up on the couch under a blanket and watch Wesley and Buttercup reunite again and again. I recently purchased the Dread Pirate Edition on DVD and hope it will stand up to my constant viewing!

Bear Necessity My movie favorite is Jeremiah Johnson, the 1972 movie with Robert Redford and Will Geer.

As a sailor aboard a fast-attack submarine in the 1970s, I became part of a cult following that wore this movie out on a reel-to-reel projector. My family has tolerated my Jeremiah Johnson watching and references ever since.

My admiration of this movie and character may explain my return to life in the Alaska I love.

Life lessons from Jeremiah include:

Respect others, including their burial grounds.

Keep a calendar handy -- to at least keep track of what month it is.

Be grateful if your attackers come one at a time.

Under the Sea Back in the early 1990s I would visit my married brother and his little daughters. My nieces would sit and watch The Little Mermaid over and over every single day, memorizing the songs and dialogue. This intrigued me so I decided to perform an experiment. I chose my favorite movie, Das Boot, and watched it every day for 25 days in a row during a cold Cleveland January.

I still watch Das Boot once a year every January and as you would imagine have become quite familiar with it. I think watching bored and tired German U-boatmen makes me feel better about a long Cleveland winter. I truly do love this brilliant movie and now own the six-hour long version, which I will be watching this January. Oh my poor wife!

Phone Home Already I am 56 years old and have seen E.T. at least 25 times and Pay It Forward at least 15 times. The two of these are uplifting to me.

I have seen Dr. Zhivago about every five years since it was first released and each time, I see it differently. I saw it first as a naive 15-year-old Catholic from a small town in Ohio. Oh my, has my perspective changed! I have loved him, hated him, related to the mistress, loved the wife!

It is now a joy to see what new viewpoint occurs to me when I watch it. And that's the beauty of a movie. When you can see it over and over and still laugh and cry and enjoy it, it is a good movie -- no matter what the critics say.