Accessibility links
An All-Star Rock Jam That Transcends Egos Based on star power alone, this document of London rock circa 1971 should have been huge. Among the A-list friends gathered to support the Incredible String Band's Mike Heron on his solo outing are Richard Thompson, Steve Winwood, John Cale of The Velvet Underground, Ronnie Lane, Elton John and members of The Who. 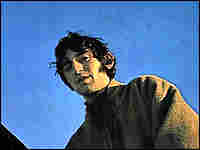 "Flowers of the Forest"

How does Smiling Men compare to other all-star projects of its era? Why isn't the album more widely remembered than it is?

Flowers of the Forest 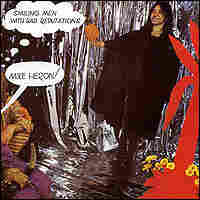 Based on star power alone, this nearly forgotten document of London rock circa 1971 should have been huge. Among the A-list friends gathered to support Mike Heron — the guitarist, singer and songwriter of the Incredible String Band — on his solo outing are Richard Thompson, Steve Winwood, John Cale of The Velvet Underground (then in the middle of making the Nico record), Ronnie Lane, Elton John and members of The Who.

In spite of all those egos, Smiling Men with Bad Reputations isn't a run-of-the-mill all-star circus. The supporting players change with every eclectic track, and no matter who's playing, the musicians surround Heron's wry lyrics and off-kilter melodies with detailed, atypical instrumental touches like Thompson's carefully threaded lines on the ambling "Flowers of the Forest" (audio). In the liner notes, producer Joe Boyd recalls that just before this project, when he realized that the Incredible String Band was in decline, he suggested that Heron make a solo foray — which, he confessed, "did nothing to dampen Mike's rockist urges." Heron's biggest leap in that direction arrives on "Warm Heart Pastry" (audio), which features the Who rhythm section credited as "Tommy & The Bijoux." A rattling, high-octane rock song, it pushes Heron far away from the elaborately appointed ISB sound, and suggests what he might have accomplished leading a hard rock band.

Though the album didn't sell in massive numbers, it remains one of the most significant summit meetings of its era, and a trove of vibrant rhythm-section work. Some tracks may sound dated, but it's hard to deny the underlying spirit — the sense of communal discovery, the shared interest in spontaneous musical interchange. It's easy to hear these guys keenly listening to each other and having fun throughout this snapshot from a time when every last cameo appearance and jam session wasn't plotted (or lawyered) like a celebrity marriage.