Accessibility links
An FBI Hostage Negotiator Tells His Story Clint Van Zandt played an important role in the formation of the FBI's Hostage Negotiation Program. For more than 20 years, before he retired from the agency in 1995, he helped resolve many high-stakes hostage standoffs. He recounts some of those experiences in the book Facing Down Evil. 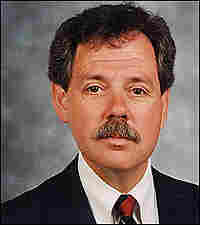 Clint Van Zandt played an important role in the formation of the FBI's Hostage Negotiation Program.

For more than 20 years, before he retired from the agency in 1995, he helped resolve many high-stakes hostage standoffs, from Rochester, N.Y., to the Philippines.

He recounts some of his bureau experiences in the book Facing Down Evil. 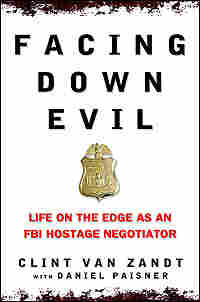 It was February 1992. I was in the ornate office of the United States ambassador at the U.S. embassy in Manila, along with the local FBI legal attache (or legat, in Bureau-speak), a U.S. military adviser, several members of the ambassador’s staff, and a representative from an international crisis management company charged with the safekeeping of international executives throughout the third world-and one American executive in particular.

I had been in the Philippines for several weeks, trying to negotiate the release of a 41-year-old American oil company vice president named Michael L. Barnes, who had been kidnapped at gunpoint on the way to his office about three or four weeks earlier and subsequently blindfolded and chained to a bed in some unknown part of the city. On the one hand, I supposed things weren't going particularly well, because there we were, after all this time, and Barnes was still missing. In negotiating terms, however, I supposed we were making progress, because we were able to obtain renewed proof each week that Barnes was still alive and because we were able to keep the kidnappers talking. These were good things. I'd been in situations where the kidnappers cut off all talks for a period of weeks or months, but that hadn't happened in this case, so at least we were making progress. Barnes may have remained blindfolded and chained to a bed, but he was still alive and the lines of communication were still open.

Everything about this case was a crapshoot, not least because Manila was shot through with corruption and violence and dubious activities of every stripe. It was, to say the least, an uncertain environment. Kidnap gangs and guerrilla groups seemed to roam the streets with impunity-indeed, their ranks were as often as not composed of former or even current members of the local military or police. You never knew who you could trust, what to believe, or where to turn for reliable insight or inside information. Just a couple days before, I was headed to a command post meeting at another location downtown and walked smack into a shootout right in the middle of the street, following a jewelry store robbery that had evidently gone wrong. I had to duck into a small alley to escape the ricochet rounds, and as I peered around the wall from my position of relative safety I couldn't help but notice how the locals seemed to take an incident such as this in stride. Sure, there was a good amount of screaming and running around with hands above heads, but a great many of the locals were simply going about their business, like a shootout in the middle of the street, middle of the afternoon, was nothing much at all. I thought for a moment that I had landed in some Wild West frontier town -- and wondered how the hell we'd get ourselves out alive, let alone Barnes.

The American embassy was like an oasis of stately calm in the middle of a frenzied storm. It's a magnificent structure, befitting the U.S. presence in the Philippines, with fine furnishings and artwork and detailed moldings, and it was sometimes incongruous to see, set against Filipinos desperate to get travel documents that would allow them to flee their country for the United States. But I guess you can get used to anything. That's pretty much the scene at American embassies throughout the world, so why should Manila be any different?

In any case, I had snaked my way through all the chaos and confusion in order to arrive at our meeting at the appointed time, and all of a sudden I found myself drifting off, unable to concentrate. It wasn't like me to lose focus like this, but I wasn’t feeling all that well, and it took sitting still for me to realize how off I truly was. I had been battling a raging case of diarrhea for the past several days, which also fell under the category of you can get used to anything, because there was nothing else to do but ride it out. After a tough couple days, I thought I finally had things under control. I'd been dining out on the local economy for weeks, eating all manner of godforsaken meats and custards and who can remember what else. (Monkey meat is what you usually find, in places like this, even though they might call it something else on the menu.)

Like every other American in a third-world environment, I tried to eat carefully-sticking to fruits and grains and breads when I was uncertain of a particular restaurant or vendor, avoiding water and anything but canned beverages, and only attempting meats or custards or cheeses when I could be somewhat more certain of a restaurant's refrigeration situation -- but I guess I'd made a bad decision on this one. I was in a reputable restaurant and sampled some type of custard, and I think that's what did me in. For two or three days, I'd been doubled over with what I'd assumed was food or salmonella poisoning, and I'd about cleaned myself out.

Somehow I was able to scrape myself off the floor of my hotel room and make it over to the embassy, thinking the worst of my stomach troubles were now behind me (so to speak), but now that I was here, listening to my colleagues figure a next move on this Barnes case, I started to fade. Yes, we had an all-important American life on the line, and yes, we had several negotiation and rescue strategies ready to be put into place, but it got to where I couldn't follow what the ambassador, or the legat, or the international consultant, was saying.

Their words were all jumbled together and the room started spinning, and next thing I knew I had moved from the hard-backed chair I'd been using to a place on the floor, knees drawn close to my chest. It was the only way I could get comfortable, and as I sat there rocking myself, calming myself, the ambassador looked down and said, "Van Zandt, what the hell is the matter with you?"

Now, it wasn't like I was some unknown quantity to these people, this deep into our negotiations. We'd been working together for some weeks, and they knew it wasn't like me to just drop to the floor and start keening, but I couldn't make out a thing anyone said from this point on. And I couldn't say with any kind of certainty what happened next. All I know is I kept hearing voices, distant voices, and I'm presuming now there was concern in those voices, but at the time I was just seeking comfort, relief. That's all I remember -- that and the few loose thoughts that came rattling through my fevered brain. I rocked and rocked, slowly at first, and then I'm told I picked up the pace a bit, and after a while of this I just kind of slumped over, facedown on the plush carpet. All I could hear were these waves of sound.

I couldn't really pick up what any one person was saying, just that a lot of people were talking all at once and that most of it seemed directed at me. I'd fallen into a position from which I had no desire to move, or no ability, and I lay there for a time, faced pressed full against the fine fibers of a possibly Persian rug, my loose thoughts running all over the damn place. There was Dianne back home with the kids. There were my colleagues on the Hostage Negotiations unit at the FBI Academy in Quantico, Virginia. There was this guy Barnes, and his guerrilla kidnappers, holed up somewhere here in Manila. And there were my well-meaning and now (apparently) well-concerned colleagues here in this room, wondering what to make of this mustachioed bureau veteran who had suddenly and mysteriously gone weak at the knees and fallen limply to the ground.

These guys eventually hoisted me from the floor of the ambassador's office into the backseat of one of their cars, and raced me to the nearest hospital, where I was administered intravenous fluids through both arms and both legs. I have no firsthand recollection of anything that happened a few minutes after my face hit the ambassador's rug.

Apparently, I'd lost so much fluid over the previous several days that I had become dangerously dehydrated, and it would take a few days of convalescing in Manila, and another period of time back home in Virginia, before I could return my full attention to Mike Barnes, who was still blindfolded and chained by the neck to the same bed when I returned to the case following my ordeal. And yet, there was room enough in my thinking for me to do some of that wondering myself as I lay drifting and disoriented on the floor of the ambassador's office: to look back at my life and career and to marvel at the twists and turns my life had taken. God, I thought as I faded one final time before being carted off to the hospital, what a long, strange trip it's been. 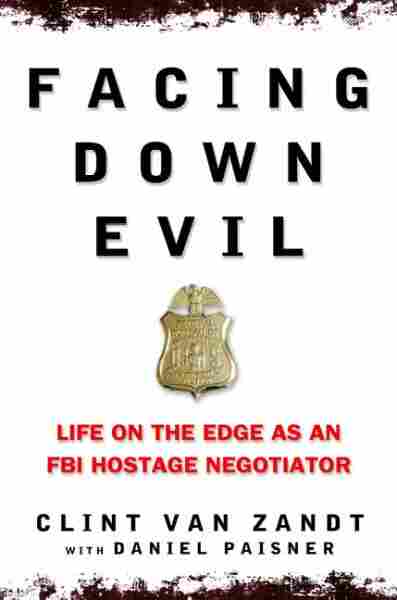 Life on the Edge as an FBI Hostage Negotiator