Accessibility links
'Mecca and Main Street': U.S. Muslims After Sept. 11 Geneive Abdo talks about her new book, Mecca and Main Street: Muslim Life in America after 9/11. Abdo interviewed Muslims across the United States and found that most of them have altered their lifestyles after the Sept. 11 terrorist attacks by Muslim extremists — and that many have become more pious and religiously observant.

Geneive Abdo talks about her new book, Mecca and Main Street: Muslim Life in America after 9/11. Abdo interviewed Muslims across the United States and found that most of them have altered their lifestyles after the Sept. 11 terrorist attacks by Muslim extremists — and that many have become more pious and religiously observant.

President Bush and others have said that this is a small minority in an otherwise peaceful religion. But many American Muslims feel like they are being viewed as terrorists, and their response has been to be more publicly Muslim - to embrace their faith rather than hide it.

Islam is America's fastest growing religion. And since 9/11, it's become even more popular. Here to talk about this is Geneive Abdo. She's the author of a new book called Mecca and Main Street: Muslim Life in America After 9/11. And welcome to the program.

Ms. GENEIVE ABDO (Author): Thank you. It's a pleasure to be on.

BRAND: Now, you traveled across the country talking to Muslims, and what is the most dramatic way life has changed for them since the 9/11 attacks?

Ms. ABDO: They really feel that they're completely under a spotlight, and that every thing they do, every move is scrutinized in some way. This has been of course most dramatic for Muslims whose houses have been raided by the FBI, whose mosques have been raided. So, in a great sense, 6 million people -Muslims - went from being virtually an invisible minority in the United States before 9/11 to be completely the focus of attention after 9/11.

BRAND: Now you might think that this would provoke a reaction to assimilate or to go underground and to not be more visible. But, in fact, you found in your book quite the opposite.

Ms. ABDO: Yes, and that's what's so interesting. And this is particularly true of younger Muslims. Muslims who are in their 20s, 30s whose parents immigrated to the United States, but they were actually born here.

And some of the stories they told me were really very interesting. They basically described 9/11 as a wake up call, and they needed to show Americans this is what Islam really is. And as you mentioned, Madeleine, in your opening, you know, the message is Islam of the militants is not our religion. Our religion is being distorted by extremists on the fringe of our global community.

So, there is very much a sense that they want to set the record straight. In one chapter of the book on Muslim voices, I talk about a radio station in Chicago called Radio Islam. And it's actually the only daily radio station run by Muslims in the United States. And again, this was prompted as a response to 9/11, even though it made its debut in 2004. The first sentence everyday on this station is everybody's talking about Muslims and Islam. Now it's time for you to talk.

Ms. ABDO: They're described as the rejectionist generation by an Imam in California - Imam Zaid Shakir - basically for two reasons. One is that they are rejecting the more absolutist or interpretations of Islam that their parents practiced in mosques in the United States.

But what the younger generation is trying to do in fact is to reject this kind of tradition and have mosques that are much more integrated.

BRAND: So if young Muslims are now not identifying as strongly by nationality but considering themselves part of a global Islamic movement, is that translating politically? Are they now going to be stronger in the political arena as a unified force?

Ms. ABDO: Yes. The answer is yes, most definitely. If you notice from the stories that were written about the last presidential election, far more Muslims voted this time than in 2000. And they were determined to vote against George Bush. And the surveys conducted - the exit pollings did indicate that Muslims overwhelmingly voted against George Bush the second time around.

So, yes, they're organizing politically. They're also trying to run for office themselves. And I had a very interesting experience in 2003, where I actually went campaigning with a Muslim in San Francisco. His name is Maad Abu-Ghazalah. He's from Palestine. He's a lawyer in California.

And we went to door to door. Every house we visited where someone opened the door, as soon his name, Maad Abu-Ghazalah, and showed people the literature, the responses were unbelievable. I mean, one couple said well, we'll never vote for a Muslim.

If people allowed him to continue the conversation, he said, okay what is it about me that you find so objectionable? Do you favor the War in Iraq? They said no. Do you want the troops to come home? Yes. And he would say but these are all the things that I am supporting. Just read my literature. And they just said no. We're never going to vote for a Muslim, see you later.

After this experience, after about an hour or so, I asked Mod, you know, Mod, why are you continuing campaigning? I mean, we should go home. And he said no. I'm doing this because it will be easier for the next generation. And I thought that that was a very insightful response, because those Muslims who are becoming involved in politics don't necessarily run for office because they think they'll win. They run for office because they want people to get used to the idea that a Muslim can even hold public office.

BRAND: Geneive Abdo is the author of Mecca and Main Street: Muslim Life in America After 9/11. And thank you very much. 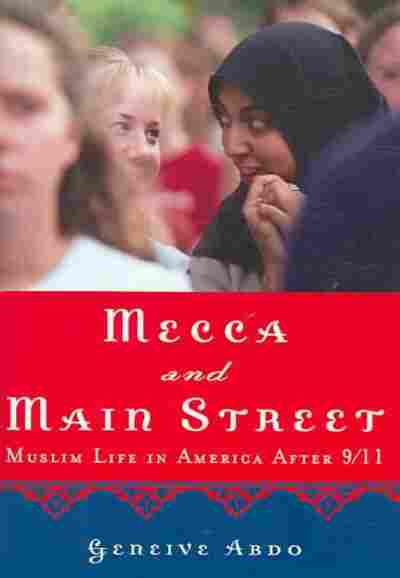 Muslim Life in America After 9/11