Accessibility links
Sourdough: More than a Bread The tangy taste of sourdough is addictive and can be added to almost any recipe. Sharon Vail loves sourdough anything -- bread, biscuits and even chocolate cake. A good sourdough starter can last for years -- hers is more than 10 years old.

Sourdough: More than a Bread

Sourdough: More than a Bread 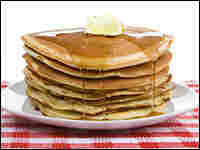 Sourdough can be used in pancakes, biscuits, rolls, and even chocolate cake and brownies. Scroll down for sourdough starter, pancake and chocolate cake recipes. iStockphoto hide caption 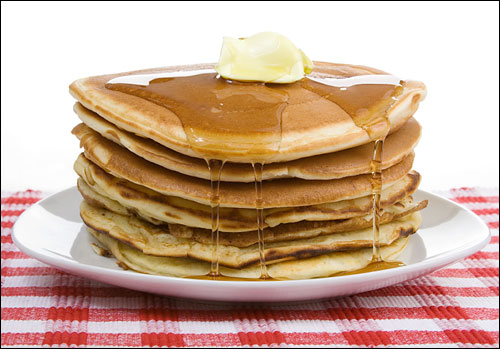 Sourdough can be used in pancakes, biscuits, rolls, and even chocolate cake and brownies. Scroll down for sourdough starter, pancake and chocolate cake recipes.

Just the mention of sourdough pancakes makes my mouth water. I've flipped thousands of those light-as-air, moist and slightly tart pancakes over the years, and they still have a hold on me.

I tried several recipes for sourdough starter until I hit on one that had the right amount of tanginess and yeastiness. At the time, I cooked on an old wood cook stove, a throwback to a time when sourdough was common in home kitchens.

Early settlers in the West, especially those adventurers who traveled north to Alaska, relied on sourdough to leaven bread before commercial baking powder and yeast were readily available.

"Sourdough" even became the nickname for California Klondike miners at the turn of the last century because they carried starter in their backpacks to make bread without having to find a town, let alone yeast.

Vermont's King Arthur Flour offers a history of sourdough, including notes from the son of an Alaskan miner. The son writes that every miner's cabin had a "tin full of fermented dough, used in place of yeast in making bread, biscuits and flapjacks" hanging over the hot stove. Alaskan miners supposedly slept with their beloved starters to keep them from freezing in the north country's frigid climate.

The history of sourdough, however, begins long before miners came to Alaska. Sourdough is the oldest form of leavened bread and was used at least as early as ancient Egypt. It was probably discovered by accident when bread dough was left out and good microorganisms -- wild yeast -- drifted into the mix. The resulting bread had a lighter texture and better taste.

All sourdough recipes begin with a starter -- a mixture of flour, water and a little sugar. Sitting at room temperature, wild yeasts in the air and on the grain settle into the mix. The fermentation that occurs after a few days gives the starter its sour smell. Then it's ready to use, for years if treated with respect.

A starter, or "sponge" as the pioneers called it, feeds many families over many years. Starters have always been passed through families and from friend to friend.

I have kept my starter alive for more than 10 years, and there are stories of starters that are much older.

Starters can be kept thriving simply by adding equal parts of water and flour to a portion of the starter every couple of weeks. Replenish it, keep it stored in the refrigerator, and it will last indefinitely, acquiring more tanginess and personality as the years go by. The extra tanginess that comes with age is highly prized, and is why older starters become treasured members of the family for sourdough junkies.

Be careful, though. If your starter turns pink or orange or it just smells "off," toss it. It's breathed its last.

The cooler weather seems like a good time to make a sourdough starter, flip pancakes, bake bread or roll out biscuits. Just remember, sourdough can be addictive. 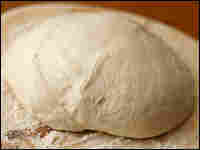 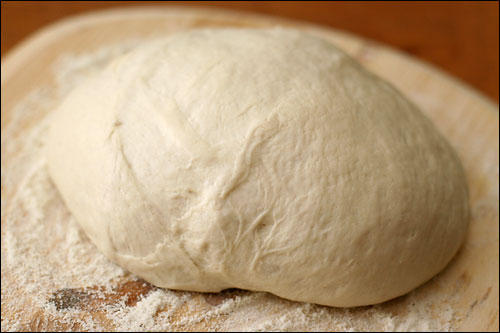 Making your own starter is incredibly easy, and the starter is not difficult to maintain.

Using a wooden or plastic spoon and a glass or plastic mixing bowl, mix the dry ingredients. Never use metal spoons or mixing bowl with sourdough starter. Acid and metal don't mix.

Gradually stir in water, and mix until it forms a thick paste. Don't worry about lumps. They'll disappear.

Cover bowl with a dishtowel, and let it sit in a warm place for 2 to 3 days, stirring the mixture a couple times a day. It's ready when it develops a pleasant sour smell and looks bubbly.

Store in the refrigerator. (I keep mine in a 1-quart glass Mason jar covered loosely with a plastic sandwich bag.)

The night before using starter in a recipe, remove about a cup of starter and mix it in a bowl with equal parts water and flour. (Some recipes, like my pancake recipe, specify how much starter and additional flour and water to use.)

Cover bowl with a towel and let mixture sit on counter overnight. The next day, return at least 1/2 cup starter to container in refrigerator and stir. Use the rest in the recipe.

These are thinner and moister than traditional pancakes. Adding diced, peeled apples to the batter along with the eggs is a delightful variation. I made these every Sunday morning for years, until my son accused me of practically force-feeding them to him. Apparently the addiction to sourdough isn't an inherited tendency.

The night before, combine starter, flour and water in a bowl. Lumps are OK. Cover with a towel and leave on counter overnight.

The next morning, return 1/2 cup of the mixture to the container of starter in the refrigerator, and mix well.

Combine the rest of the starter you made the night before with the sugar, salt, baking powder, oil and eggs. Mix well. Gently stir in baking soda dissolved in water.

Heat a non-stick griddle or skillet until drops of water dance across the surface and evaporate.

Pour 1/4 to 1/2 cup of batter onto the griddle. Cook over medium heat until bubbles form all over the top of the pancake, 2 to 3 minutes. Flip and cook the other side until golden brown. Serve warm with butter and maple syrup. 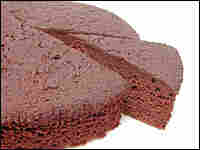 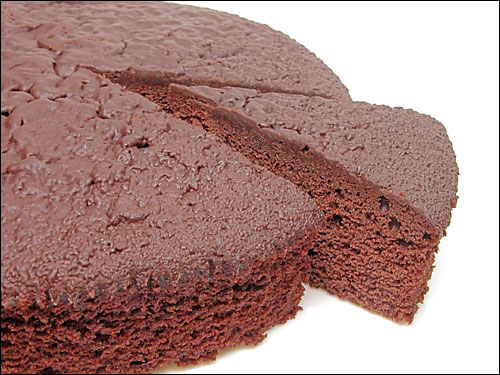 Sourdough can liven up chocolate cake.

Set 1/2 cup sourdough starter on counter for about an hour. You'll use it later in the recipe. When ready to bake, preheat oven to 350 degrees. Grease and flour 13-inch by 9-inch baking pan.

1/2 cup sourdough starter that you set out

Pour into prepared pan and bake at 350 degrees for about 25 minutes, or until top springs back when lightly pressed with fingertip. Cool on wire rack. Frost when thoroughly cooled.