Julius Rosenwald transformed Sears & Roebuck into the successful company it became in the early 20th century. His business acumen was complemented by a bent for philanthropy.

Through a foundation established in 1917, Rosenwald funded nearly 5,000 schools that educated African American children throughout the rural south well into the 20th century. Rosenwald's grandson, Peter Ascoli, has written a biography about him. 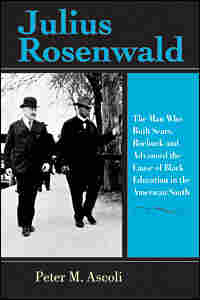 On May 12, 1854, Samuel Rosenwald, a twenty-six-year-old German Jewish youth, alighted from the ship Wilhemine in the port of Baltimore. He had come from the village of Bunde in Westphalia, where his mother, Vogel, owned a small general store. His father had died when he was a child. Like countless immigrants before and after him, Samuel Rosenwald was determined to make a good life for himself in the New World. The revolutions of 1848 in Europe brought hard economic times in their wake, and this was as true in Germany as in other countries. There were food shortages. Unemployment was rife. The second of four children, Samuel must have clearly realized that his options if he stayed in Bunde were relatively limited. By the mid-1800s, reports of the boundless opportunities available in America were filtering back to Europe. For a young man of brains and ambition, the lure of the New World was probably almost irresistible.

Life for the new immigrant was challenging. When he landed in Baltimore, Samuel had only $20 in his pocket. Like many Jews newly arrived in America, he became a peddler carrying an assortment of goods from watches to thread, his main route being the Winchester Trail in Virginia, West Virginia, and the Appalachian region.

About two years later, Samuel began to work for the Hammersloughs, a German Jewish family who had begun arriving in America ten years earlier from a town near Bremerhaven. They set up a successful clothing business in Baltimore, and by 1856 they had branch stores in other towns. There were several Hammerslough brothers, each of whom journeyed to America when he was about thirteen. The eldest, Julius, chose to settle in Baltimore because he had distant relatives there. When the younger brothers arrived, they began working with him. In 1853, the brothers were joined by their twenty-year-old sister, Augusta. Samuel Rosenwald, whose story thus far had been that of the quintessential Jewish immigrant, departed from the norm by falling in love with his employers' sister. The couple were married in August 1857. A month after the wedding, they were headed west, for Samuel had been named manager of the Baltimore Clothing House in Peoria, Illinois, which the Hammerslough brothers had founded the previous spring. Managing a dry goods store was another prototypical job for a nineteenth-century Jewish immigrant, a post that many a peddler ardently desired. 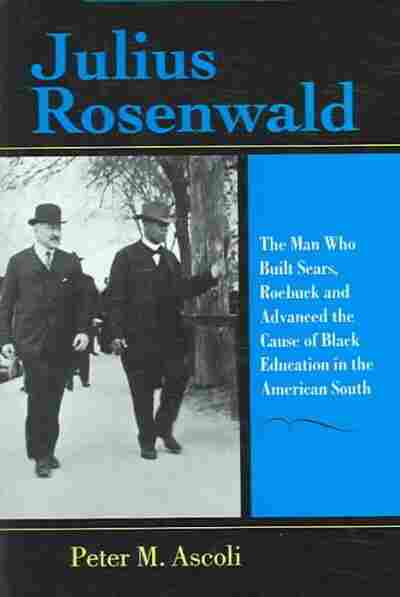 The Man Who Built Sears, Roebuck And Advanced the Cause of Black Education in the American South

Title
Julius Rosenwald
Subtitle
The Man Who Built Sears, Roebuck And Advanced the Cause of Black Education in the American South
Author
Peter Max Ascoli