Let them eat popcorn. That may be the fervent wish of American theater owners when the film Marie Antoinette opens next month. It's from the director Sofia Coppola. The movie premiered, appropriately enough, in France, where it was booed, along with slight applause.

That is, at least, a better review than the crowd gave the original Marie Antoinette, the queen who was guillotined in the French Revolution. Since then, her life and death have been spelled out often, in fact and fiction, as we learn from NPR special correspondent Susan Stamberg.

SUSAN STAMBERG: In John Corigliano's 1991 opera, The Ghosts of Versailles, Marie Antoinette is haunted by her final terrible hours.

(Soundbite of opera, The Ghosts of Versailles)

STAMBERG: The doomed young French queen has been portrayed in music, paintings, novels, films. She's been vilified and, to some experts anyway, misunderstood.

Searching for the real Marie, her most recent biographer, Lady Antonia Fraser, destroys one myth. The 18th century queen never said let them eat cake. A 17th century French queen may have made that heartless remark. Others used it, advanced it, but Marie Antoinette? Nuh-uh.

Lady ANTONIA FRASER (Biographer): In short, a royal chestnut. I think why it stuck to Marie Antoinette is because it confirmed people's prejudices.

STAMBERG: The French court thought she was stupid, extravagant; they blamed her for the country's crippling debts. In fact, biographer Fraser says it was support for the American Revolution that unbalanced the French budget. But maybe the worse thing about Marie Antoinette in the eyes of France was that she was foreign. Not just foreign, but a daughter of France's longtime enemy, Austria.

Lady FRASER: She was a pawn, if you like. Her mother, the Empress Maria Theresa of Austria, had 16 children and she was the fifteenth; Maria Theresa just thinking, I could marry her to X and her to Y - oh, bother, she's died, so she'd better get zed.

STAMBERG: And so in 1770 Austria married France for the peace of Europe. The bride, Maria Antonia Josefa Joanna, was fourteen and a half. Crown Prince Louis Auguste of France, who became Louis XVI, was just a year older.

Ms. SENA JETER NASLUND (Novelist): They were friends, I think, throughout the marriage, although at a certain point she really didn't want to spend time with him anymore. He liked to work in his smithy making locks. And he liked to do heavy manual labor. She liked to party.

STAMBERG: So proximity but no relationship. Seven-and-a-half years passed before the marriage was consummated. Biographer Antonia Fraser says Louis Auguste was not impotent...

Lady FRASER: But he just psychologically couldn't make it, and I think that seven-and-a-half years during which she was certainly frivolous - I mean, she was sort of looking for pleasure, which she didn't get in the bedroom.

STAMBERG: But you know, so many people say, why in the world would we care about her? She was a silly little bonbon of a spendthrift, a clothes horse who led a life of extravagance.

Lady FRASER: I'd like to take the question of extravagance, because I think quite a lot of rubbish is talked about that. In fact, the role of the queen of France was to be splendid, was to wear beautiful clothes. When she wore cheaper muslins, cottons, people didn't like that at all. They said the queen of France should be dressed magnificently. I mean, there is a role called the queen of France, and always was, which is something you have to fill.

STAMBERG: Novelist Sena Naslund writes that Marie's life was, quote, "a series of moments of disrobing and robing again for the task at hand." These moments began literally from the second Marie Antoinette woke up. What was she thinking?

Ms. NASLUND: Oh no, another day. A tedious morning spent having my hair done, getting dressed, putting my clothes on...

Lady FRASER: And then be handed garments one after the other by a series of court ladies whose rank permits them to do this. Now, the trouble with this is, if, let us say, a countess is busy handing the chemise, just as she's going to do it, a duchess comes in. Just as the duchess is going to do it, a princess comes in, so it goes to the princess. All the time Marie Antoinette is naked and shivering and saying, this is really ridiculous.

Lady FRASER: To make quite sure the royal line was correct. The idea was that if you could watch, then you could be sure there was no little boy smuggled in or baby smuggled in.

There are critics who say that you just let her off too easily, Lady Antonia, that this is a woman whose main accomplishment was looking pretty and decoration.

Lady FRASER: Well, I don't think those are bad things, quite frankly. I don't think people should be executed for that. But I think she tried hard. I think, married to another man, a man of more guts and strength, she might have made a great queen.

STAMBERG: Instead, on October 16, 1793, the French queen was taken from prison and, hands tied behind her back, her hair - once so bejeweled, be-hatted, bewitching - hacked off. She was thrown in a peasant's cart and rolled through the streets of Paris past jeering crowds.

Lady FRASER: And then she went up the steps of the scaffold and by chance she trod on the foot of the man who was going to execute her and she said, sort of, Pardon, monsieur, I didn't do it on purpose.

STAMBERG: Her manners never failed her, nor did her dignity. Nearly 38 years old, Marie Antoinette was unwell. She'd been hemorrhaging. Her husband was dead. She would never see her children again.

Lady FRASER: She knew there was nothing ahead for her, but at least the archduchess of Austria would die with gallantry.

STAMBERG: And so her final words...

The moment at which my troubles are going to finally end is not the moment where my courage is going to fail me.

STAMBERG: In the end, the story of the Austrian princess who became Marie Antoinette, Queen of France, may indeed provoke our sympathies, at least for the pitiless ending of a life launched in such pageantry and promise. 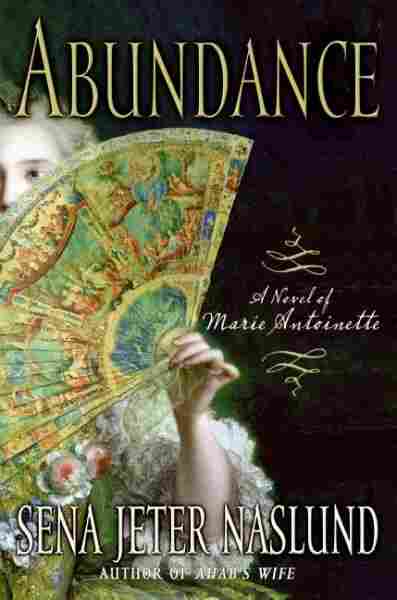 A Novel of Marie Antoinette 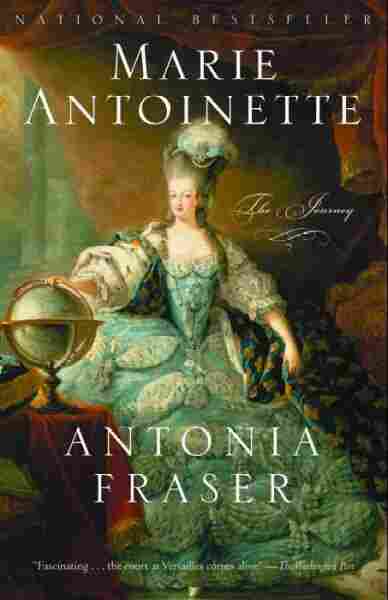