Accessibility links
The Gang That Couldn't Coup Straight A new book tells the story behind a failed plot by mercenaries to overtake the tiny West African nation of Equatorial Guinea. The plot involved oil, guns and the son of a former British prime minister. 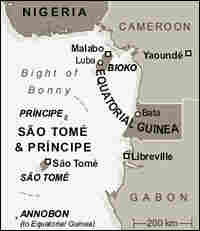 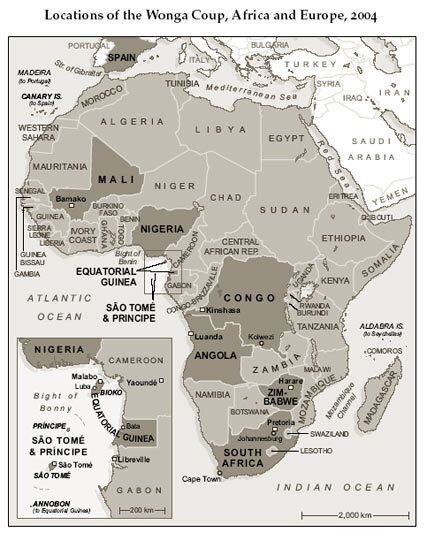 The coup plotters planned to fly a plane from South Africa to Equatorial Guinea, but they were arrested in Zimbabwe when they tried to buy guns. 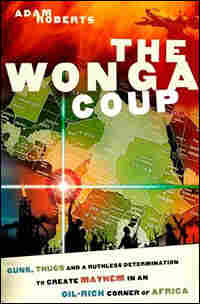 A new book tells the story behind a failed plot by mercenaries to overtake the tiny West African nation of Equatorial Guinea. The plot involved oil, guns and the son of former British Prime Minister Margaret Thatcher.

The goal of the plot -- masterminded by Simon Mann, an adventuresome former officer of the British special forces -- was to topple the government Equatorial Guinea and get rich from the country's oil-export revenues, says Adam Roberts, author of The Wonga Coup, (Wonga is an old British slang word that means money.)

In early 2004, the plotters brought together about 100 soldiers, many of the veterans of wars in Angola and Iraq. They planned to fly up from South Africa, get most of their weapons from Zimbabwe, fight their way to the presidential palace and taken over Equatorial Guinea.

But the plan soon fell apart. The careless plotters were infiltrated, and South African intelligence officials learned of the plan. "People were loose tongued, they were talking about it, they were boasting about it in bars even before they set off," Roberts says.

The plotters were arrested in Zimbabwe "and dragged off to hellish conditions in prison," Roberts says.

Read about some of the characters in this story: 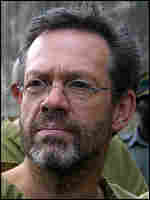 The reputed director of the coup, Mann was a former officer of the Special Air Service, or SAS, the British special forces. He went on to work for Executive Outcomes, a notorious South African mercenary firm in the 1990s. A graduate of an elite British school, Mann's wealth and connections made the coup planning possible. According to the author Adam Roberts, Mann assembled a small mercenary force and a Boeing 727 to carry it to Equatorial Guinea. But his plan to stop off for weapons in Zimbabwe led to a fatal unraveling of the coup. 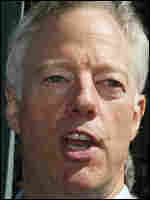 The son of former British Prime Minister Margaret Thatcher, he is a businessman who publicly denied knowledge of the plot, though he confessed to a role as part of plea bargain with South African authorities. His role was to help provide a helicopter to the coup plotters. 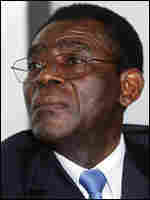 The longstanding president of Equatorial Guinea, he has tremendous influence over his nation's growing oil wealth. Obiang assumed power after his uncle was deposed from the presidency in a coup in 1979. In 2004, the coup plotters assumed that Obiang himself could be toppled even after word of their plans had leaked, and there was no chance to take the president by surprise. He later had the satisfaction of seeing some of the suspects put on trial in his nation's courts. 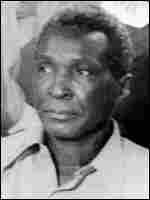 The first president of Equatorial Guinea, Macias is described by author Adam Roberts as a "genocidal dictator" who destroyed his nation's economy, obliterated all opposition, and was even accused of cannibalism. Like his successor, Macias survived one botched coup attempt, but in 1979 he was finally overthrown, tracked down, put on trial in a cage, and executed. 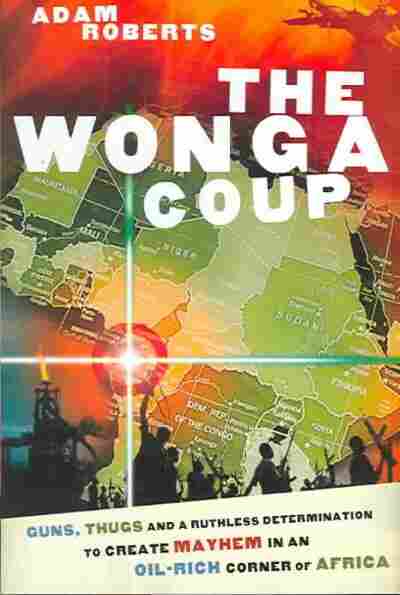 A Tale of Guns, Germs And the Steely Determination to Create Mayhem in an Oil-rich Corner of Africa

Title
Wonga Coup
Subtitle
A Tale of Guns, Germs And the Steely Determination to Create Mayhem in an Oil-rich Corner of Africa
Author
Adam Roberts