Accessibility links
'On the Couch': Cartoonists Aim Ink at Shrinks Passive-aggressive, dysfunctional, in denial -- these phrases were once uttered only in the sanctuary of a psychotherapist's office. Now they're often the punch line of a good joke, and a new book showcases some of the best psychiatry-related cartoons.

Listen
'On the Couch': Cartoonists Aim Ink at Shrinks 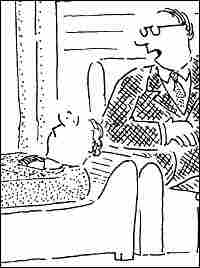 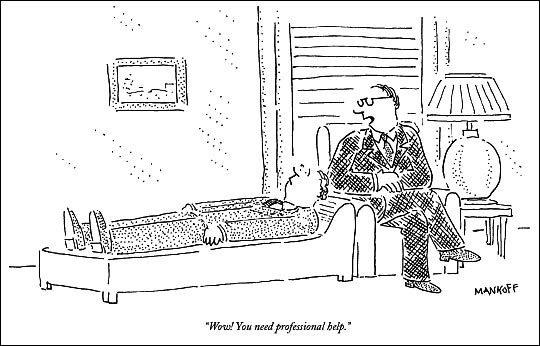 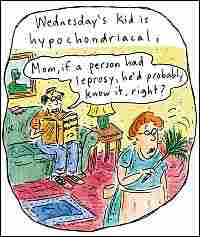 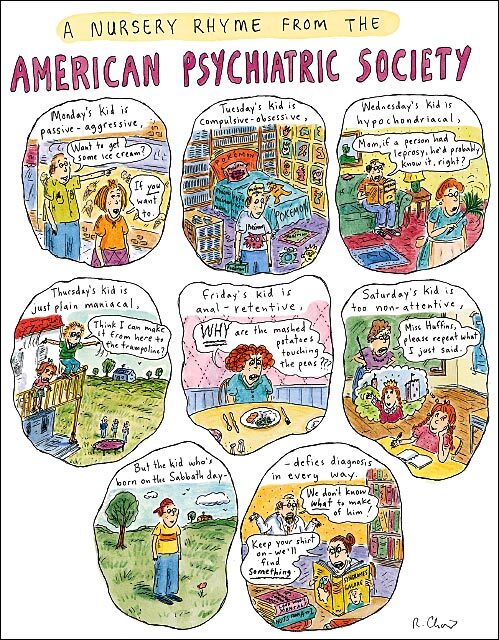 A Nursery Rhyme from the American Psychiatric Society 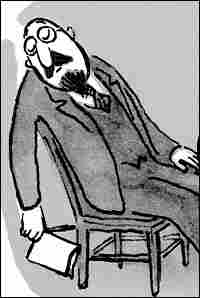 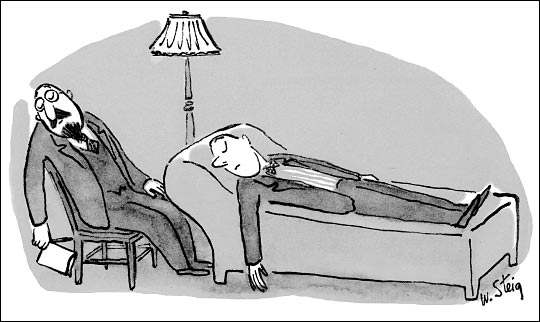 Enlarge to see the entire cartoon.

Passive-aggressive, dysfunctional, in denial -- these phrases were once uttered only in the sanctuary of a psychotherapist's office. Now they've become part of our daily conversation, and often the punch line of a good joke.

Perhaps no other publication has had as much fun lampooning the "talking cure" than New Yorker magazine. The stock character of the nervous, irritable urbanite in analysis is featured in decades of cartoons, where the ubiquity and often the absurdity of confessions from the couch is a rich source of humor.

On The Couch is a new collection of cartoons previously published in the magazine. Many of the cartoons in the book are also part of an exhibition in Los Angeles, just in time for the 150th anniversary of Sigmund Freud's birth.

New Yorker cartoon editor Bob Mankoff has one of his own cartoons in the new book, and he's also a former experimental psychologist, making him uniquely qualified to curate the exhibition.

"Psychoanalysis deals with people's unhappiness -- and unhappiness is the root... of all the things we find funny," Mankoff says. "It's a way of allowing us to cope with what I think Freud called 'the pathology of ordinary life.'"

The exhibit attracted many mental health professionals, and also what Mankoff cheekily refers to as the "practiced-upon."

Sergio Stubrin laughed out loud at a drawing that shows a patient asking her analyst, "When you die, can I have your couch?"

Stubrin, himself a former analysis patient, says the exhibit struck a chord. He invested a lot of time and money on his own psychologist's couch: "Probably about six years -- it was worth every penny!"

The On the Couch exhibit is on display at the Skirball Cultural Center in Los Angeles until Dec. 31, 2006.