Accessibility links
Mullen's View from 'The Last Town on Earth' Host Liane Hansen interviews Tom Mullen, author of The Last Town on Earth, a historical novel set in the town of Commonwealth in Washington. The story takes place in 1918 at the height of the flu epidemic and a community gripped by fear tries to prevent an outbreak of the disease by keeping anyone from entering or leaving the town.

Listen
Mullen's View from 'The Last Town on Earth'

Host Liane Hansen interviews Tom Mullen, author of The Last Town on Earth, a historical novel set in the town of Commonwealth in Washington. The story takes place in 1918 at the height of the flu epidemic and a community gripped by fear tries to prevent an outbreak of the disease by keeping anyone from entering or leaving the town. 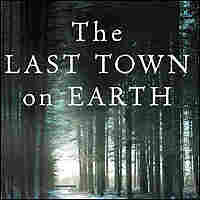 In 1918, an influenza epidemic killed as many as 100 million people worldwide in one year. It would ultimately kill five times as many Americans than World War I, which ended in November, 1918, while the flu was still raging. During the epidemic some uninfected towns in the western United States isolated themselves. No one could enter, and no one could leave. Roads were blocked and armed guards were posted. Although some of those towns managed to avoid contamination, others did not.

In his debut novel, The Last Town on Earth, Thomas Mullen creates the town of Commonwealth in Washington state and imagines what happened there during 1918. In addition to the flu epidemic, he also weaves in details about the anti-war movement and attempts to organize the logging industry. Mullen joins us from Palatine Studios in Portland, Oregon.

Welcome to the program, Tom.

Mr. THOMAS MULLEN (Author, The Last Town on Earth): Thanks very much for having me.

Mr. MULLEN: Well, Commonwealth is sort of a socialist-capitalist hybrid. It's a bit of a workers' community. In 1916, in the non-fictional town of Everett, Washington, there was a general strike which turned very violent, and culminating in what was called the Everett massacre when a boat filled with strikers was forbidden the right to dock in Everett and a sheriff and many armed vigilantes met them at the dock and shots were fired.

So the idea in this fictional town or Commonwealth is that it is founded by Charles Worthy, who was one of the timber barons in Everett, and he was very disillusioned by the way his colleagues in the timber industry cracked down on the strikers, and he and his wife, who is a leftist - she's a suffragist, and she's active in the anti-war movement - they decide to move inland a few miles and form a new town called Commonwealth that is going to treat their workers better and hopefully create a more idealized community.

HANSEN: So it is kind of a utopian vision, this town.

Mr. MULLEN: Yeah, and Washington State, in this decade, the 1910s, had many such towns. So I think it was fitting that this worked out.

HANSEN: So then you weave in the coming influenza. They called it the Spanish flu. No one was sure where it was coming, but it was devastating towns around Commonwealth. What was behind the decision of Charles Worthy, kind of the patriarch of Commonwealth, to think that he could keep the flu out by posting armed guards at the parameters of the town and not letting anyone in or anyone out.

Mr. MULLEN: Yeah, it is amazing that towns actually did do this. Not many of them, but a few isolated communities did try this. And sometimes it was successful. So the people didn't know as much about how the influenza worked. Germ theory was relatively new. It had only been founded about a generation ago, and there were still many doctors who weren't really sure they bought they bought germ theory. And on top of that, because of the war, the government was very distracted. They were busy fighting the war, and they didn't really have time to deal with what they thought was just a little public health nuisance. And then on top of that, the newspapers weren't really reporting negative news. The thought was we needed to remain upbeat and keep people excited about the war.

So if you're a town, you're hearing rumors of this devastating illness that's wiping out entire communities, but you're not seeing anything in the paper, your civic leaders aren't giving you any information. There's a lot of overall cognitive dissonance, and I think that made it all the more terrifying for people.

HANSEN: In the beginning of the book you quote Albert Camus's book, The Plague: Perhaps the easiest way of making a town's acquaintance is to ascertain how the people in it work, how they love, and how they die. Was this a touchstone for you in examining how people behave when under this kind of crisis?

Mr. MULLEN: Absolutely. The real reason I wanted to write this book is when I found out that some towns had done this, I immediately imagined a situation where two men are standing guard and they're confronted by a lost stranger. And the man says that he's cold and he's hungry and he needs food and shelter, and he's begging them for aid. So what do they do? And this moral dilemma that they're confronted with I thought was something that I wanted to explore in fiction, because it calls into question a lot of our moral guidelines, and it points to the way in which we sometimes compromise our moral guidelines in order to protect our self-interest.

I mean, do the guards let this man in and help him? Do they do the charitable thing? Or do they say, I'm sorry, we're worried about the flu; we don't want to risk infection; you're just going to have to stay out in the woods and die?

And that brings up a lot of questions about how societies work and the compromises that we make and what types of societies we're left with as a result.

HANSEN: It's almost as if the - whatever was holding the town together begins to crumble after that incident of the soldier. People become suspicious of one another. People begin to isolate themselves. People don't look at one another in the eye. The behavior just changes everybody. How does fear change people?

Mr. MULLEN: Fear changes us in so many ways. We like to think that we're moral creatures, but when we're worried about ourselves, when we're worried about our families, we make these compromises. We start doing things that we wouldn't like to think we'd do. We don't act in the idealized way that we would like to. And exactly, when people start to fear that the flu has been unleashed in their town, then they're hesitant to talk to anyone longer than they have to, they're hesitant to get too close, and they're just very distrustful of everyone.

And in the country at the time there was this level of distrust overall due to the war. There were so many German immigrants in America. One quarter of Americans were of German ancestry, so there was a fear that there were spies in our midst and that you needed to watch who you spoke to and what you said. So I thought that was an interesting parallel with the flu itself.

HANSEN: Is the town in some ways a metaphor for, for example, the debate between isolationism and patriotism that was going on in the country at that time?

Mr. MULLEN: It hadn't been what I thought I was going to explore at first, but the more I learned about the era - the World War I era in America - I thought that really was an interesting parallel. You know, on the one hand you have this town that is isolating itself to hopefully keep the flu out, but this time the separation doesn't feel quite such a good thing to some of the townspeople.

HANSEN: Do you think there are parallels to be drawn to contemporary times? An unpopular war, civil liberties versus safety, and talk of a new bird flu?

Mr. MULLEN: I hadn't intended it necessarily to be an overt political allegory to our time, but I know a lot of readers have thought that it resonated with the war in Iraq, or with terrorism or with AIDS or with the flu. I've heard it brought up as a reference to the current immigration debate, which was not on my radar screen at all when I was writing this a couple of years go. And so I think with fiction, you're really trying to figure out why people act the way they do and what's going on inside of our heads and our hearts. And if you look at that, and hopefully if you do a good job of it, it can resonate in many ways you might not have expected.

HANSEN: This is your first novel. This is an awfully big bite to take for your very first book.

HANSEN: Did you ever consider doing it as non-fiction?

Mr. MULLEN: No, I'm definitely a fiction writer. At the time, I admit, I was a little intimidated at the prospect of writing a historical novel because of the research involved and because there's so many other things you have to get right. I think fiction allows us to explore things about the human character that in my opinion it would be a little bit harder to get at via non-fiction.

HANSEN: Thomas Mullen's debut novel is called The Last Town on Earth, published by Random House. He joined us from Palatine Studios in Portland, Oregon. Thanks a lot for your time.

Mr. MULLEN: Thank you very much for having me. 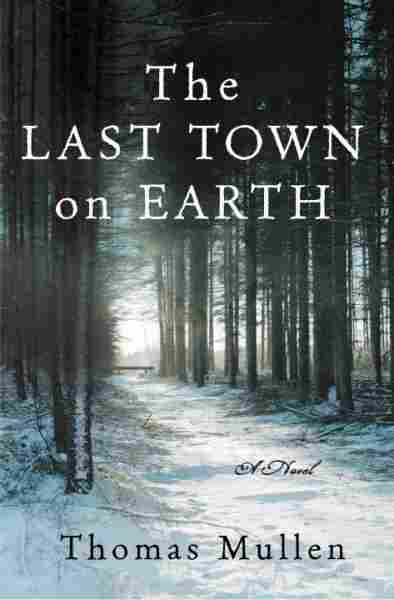 The Last Town on Earth