Accessibility links
Japan (Sans Geishas) in 'Literary Companion' There are no familiar stereotypes in a new collection of Japanese literature compiled by J. Thomas Rimer and Jeffrey Angles. No geishas. No hard-working, hard-drinking businessmen. The memoirs and short fiction in Japan: A Traveler's Literary Companion focus on the power of place. 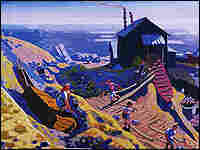 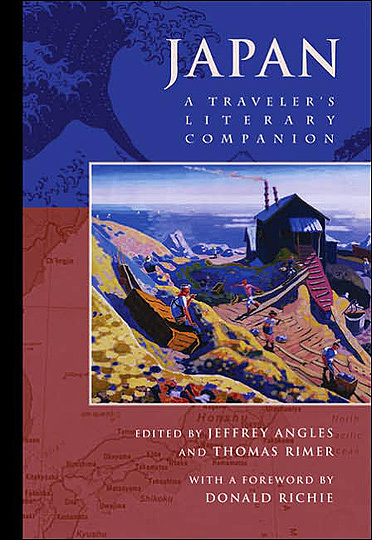 The 1935 oil-on-canvas work 'Kaiyakiba' by Ushijima Noriyuki (translated as 'hut where shellfish are grilled') graces the cover of the book.

There are no familiar stereotypes in a new collection of Japanese literature compiled by J. Thomas Rimer and Jeffrey Angles. No geishas. No hard-working, hard-drinking businessmen.

The memoirs and short fiction in Japan: A Traveler's Literary Companion focus on the power of place: Osaka's working-class marketplace, for instance, or the lasting impression made by a rare snowfall in the rural islands.

Angles, a professor of Japanese literature at Western Michigan University in Kalamazoo, tells Debbie Elliott about the book.

Yoshitake Kenji, president of the Dream Street Shopping Arcade Merchants' Association, abruptly slid open the little glass window, pointed to the eaves, and said, "We want to get rid of this swallows' nest." Tomi opened her sunken eyes in surprise. How long did a swallow live? The question had preoccupied her recently, and just then she'd been absorbed in thoughts about swallows.

"Get rid of it?" Like Yoshitake, she spoke the language of southern Osaka.

"That's right. There was a meeting of the Association last night. A majority vote. People said the swallows' nest under the eaves of this tobacco stand impedes the future development of the Dream Street Shopping Arcade."

Yoshitake cleared his throat, leaned forward, and glanced around the interior of Tomi's shop as he groped for words. "Well, you see, well..." In fact, it was not the swallows' nest he wanted to dislodge, but Tomi, who held the rights to a one-mat space in the Furukawa Stationery Shop. Trying to look both stern and gentle at the same time, he knitted his brows and smiled. The demands that this attempt made on his facial muscles gave rise to faint twitches all over. Rattled, he rubbed his face with both hands.

"We've got to make plans to attract customers from farther away. We've got to make the shops look more modern. People have been saying so for a long time, and that's why Mr. Tai repainted his walls and enlarged his show-window. The Muratas remodeled their clock shop last summer, too. And it seems the Furukawas want to strip off this dirty old siding and replace it with a mortar wall. That swallows' nest will be in the way."

Tomi gave this some thought. "And the people of the shopping arcade decided by majority vote to get rid of the swallows' nest, so the Furukawas can renovate their shop?" She couldn't believe that the Dream Street crowd would exchange opinions about a swallows' nest for the benefit of someone else's shop. She knew everything about the people of Dream Street -- their family customs, their financial problems, their secret thoughts. For thirty-four years, Iseki Tomi had been sitting in her three-by-six shop in a corner of the shopping arcade, watching the residents through her little glass window. She simply watched; she was no busybody, peering into people's houses. But she'd come to know the residents of the arcade as well as if she'd placed them, one by one, on the palm of her hand and studied them. For thirty-four years, since the age of forty-three, she'd looked out silently and guilelessly from her sunless shop; and, though she didn't realize it, she'd gained from this the power to see people.

Yoshitake was angry with himself for letting this oval-faced old woman, her white hair pulled back in a bun, give him a hard time; but he mustn't let her suspect that the Furukawas had asked him to get her out.

"As it is, you've got to feel sorry for the swallows," he said, changing strategy. "When they come back and find their nests gone, they'll probably be confused at first. But if they fly just a little way into the country, they'll find lots of places where the air is cleaner and there's more to eat than her in the dirty old city. They'll size up the situation, move to the country, and build new nests. I think they'd be happier there; don't you? 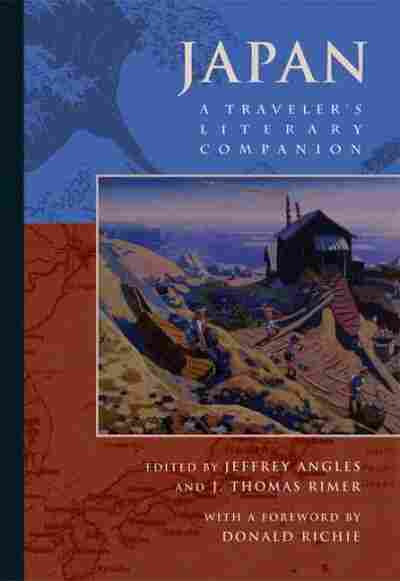