Accessibility links
Mothers, Nannies and Difficult Choices Once upon a time, nannies belonged only to the world of the rich. But that has changed in recent years as more and more women have begun to work outside the home. Increasingly, the person providing child care is the nanny. As many women find out, it can be one of the most complicated emotional relationships there is.

Scroll down for an excerpt from Searching for Mary Poppins

Once upon a time, nannies belonged only to the world of the rich. But that has changed in recent years as more and more women have begun to work outside the home. Increasingly, the person providing child care is the nanny. As many women find out, it can be one of the most complicated emotional relationships there is.

Susan Davis, co-editor of the book Searching for Mary Poppins: Women Write About the Intense Relationship Between Mothers and Nannies; senior producer of The State of Things

Anne Burt, senior public affairs officer for arts and culture at Columbia University; editor of My Father Married Your Mother: Writers Talk about Stepparents, Stepchildren, and Everyone in Between; contributor to the book, Searching for Mary Poppins

Kymberly Pinder, contributor to Searching for Mary Poppins; associate professor of art history at the School of the Art Institute of Chicago; editor of Race-ing Art History: Critical Essays in Race and Art History 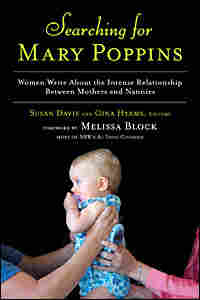 In this collection of essays, writers explore the "nanny conundrum," delving into the issues and emotions mothers experience when they turn the care of their children over to other people. Questions of money, race, class, immigration, and legality all coincide in the decision to hire a nanny.

From "Mammy Poppins", an essay by Kymberly N. Pinder

Here's something you should know: my husband is white. The circles we move in are largely white. And our Chicago neighborhood is predominantly white. The way I saw it, most of my infant son Cyrus's life was going to be inflected with whiteness. But at least I could find him a nanny of color — a mammy, if you will. Since I was only teaching two days a week, I wanted to share a full-time nanny with another mother, and I had the perfect candidate. Helena was a wealthy stay-at-home mom who I met in birthing class. Like me, she was a nonwhite woman (she's Chinese) with a white husband. She was well educated and an artist. Surely we'd be able to find someone to our mutual liking.

Then the applicants arrived. When we interviewed nannies at Helena's condo some would be visibly taken aback when they met us. One Russian college student with flaming orange hair was so surprised when I answered the door that she had to take some time to collect herself. She was hesitant to even come in. Why did they expect only white employers? Do only white people live in luxury condos? Aren't black women working mothers or do they only take care of other people's children?

I was heartened by a Filipino nurse who arrived during the second day of interviews with Helena. She made it to our final two candidates. I really wanted her, not so much because she was a nurse but because she was brown. Then we called her references and her former employers were clearly lukewarm about her confirming the trace of coldness both of us had sensed. Where were all the black nannies I had seen in Manhattan? I was counting on this stereotype as if my life depended on it. I had felt better about having a domestic when I thought I would be bringing another caring black face into my son's life. This other brown-skinned mother was a surrogate for me that I could justify; she would make me feel less guilty about leaving Cyrus and being so far from my own family, whom I worried he would never really know. How strange it was for me to be disappointed to discover that, in Chicago, a large, white underclass of Eastern European immigrants had taken over roles traditionally held by blacks.

During that week of interviews, I asked myself how I envisioned life with my nouveaux mammy. Would it be so idyllic? I thought of scenarios involving an African American woman who would have nothing but thinly-veiled disdain for my interracial marriage. I imagined the damaging things she might say to my son: quips about his color, hair and half-breed status. And what did I know about Afro-Caribbeans, Africans or Latin Americans anyway? I had many assumptions, some based on experience but many more on nothing.

Helena and I ended up choosing a petite, soft-spoken woman with large gray eyes, ivory skin, and jet black hair. Teo was from Georgia — the former Soviet republic, not the former Confederate state. As soon as Teo entered the room, she was all over the babies. She even struggled to balance both infants simultaneously on her slender frame; she looked as if she barely outweighed the bundles she was holding. Helena and I instantly loved her. Our only hesitation was that we knew she had a lot of emotional baggage. Teo played with the children as if she were starved for their company because she had left her own baby in Georgia three months earlier. Our children became substitutes for her son, who was only fifteen months old and still nursing on the day she left him for the United States.

So she was not the dusky mammy of my dreams and, when all was said and done, I am glad for that. Despite the fact that even after a year, I could not spell her long last name correctly without looking it up, we became very close friends. For Teo, race seemed to be a moot point. I had worried about the cultural and language gulf between us but I had more enlightening and real conversations about racism and intolerance with her than with most people I know. Her own experiences growing up in a region torn by ethnic strife and corruption made her an extremely wise woman at age twenty-three.

Excerpted from Searching for Mary Poppins:Women Write About the Intense Relationship Between Mothers and Nannies by arrangement with Hudson Street Press. 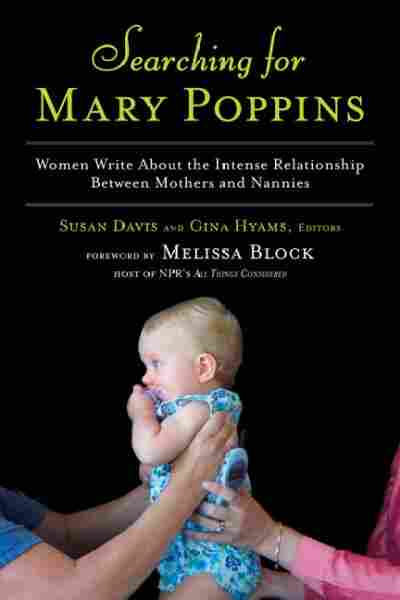 Women Write About the Intense Relationship Between Mothers And Nannies