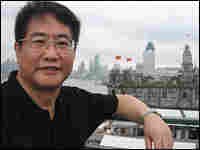 Thriller writer Qiu Xiaolong in Shanghai, his birthplace and the settings for his detective books. He now lives in St. Louis, but makes regular trips back to Shanghai. Scroll down to read an excerpt from A Loyal Character Dancer. Louisa Lim, NPR hide caption 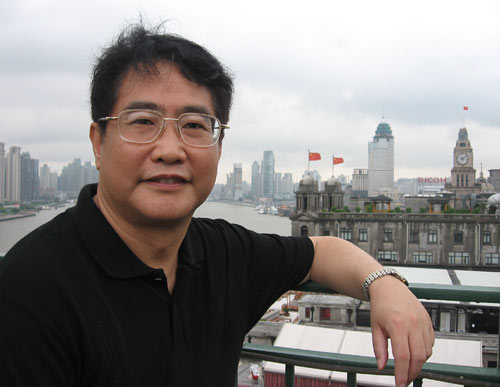 Thriller writer Qiu Xiaolong in Shanghai, his birthplace and the settings for his detective books. He now lives in St. Louis, but makes regular trips back to Shanghai. Scroll down to read an excerpt from A Loyal Character Dancer.

Qiu Xiaolong's English-language gritty detective novels, set on the streets of Shanghai, are gaining a faithful following, as much for their whodunit storylines as for their portrait of China in transition.

Qiu is an accidental writer of thrillers. He originally made a name for himself translating T.S. Eliot's poetry and William Faulkner's novels. When he started writing his first Inspector Chen book, he didn't even realize he was writing a mystery until he'd finished.

"I meant to write about a book about modern or contemporary China, in which people are having hard time adjusting themselves to the change," he says.

Qiu still views China through the tumultuous prism of the decadelong Cultural Revolution. His talent for writing first emerged then, when he penned his father's self-criticism, a form of penance demanded by the radicals at the time. His father had owned a business and was punished as a capitalist or in the parlance of the day, a "black" counter-revolutionary occupation. The contrast with today's money-hungry China, where successful businesspeople are revered, inspired his third book, When Red Is Black.

"Now business owners are no longer something black, no longer something worth being condemned," Qiu says. "So the ideological system, at least in that aspect, has been turned upside down. I cannot help thinking if my father were alive, what he would have thought, 'I have suffered all this for nothing,' or 'History is just like a joke, right?'"

The human cost of China's changing political winds is a theme that runs through his books. Qiu writes about China from St. Louis, where he has lived for 18 years, although he makes regular trips back to Shanghai. The distance, he says, gives him perspective on the country's changes. It also gives him more freedom to write about the downsides of reform; his books highlight the widening gap between rich and poor, the rampant materialism unaccompanied by ethical standards, and corruption inside the Communist Party.

Qiu Xiaolong Reads from the Book 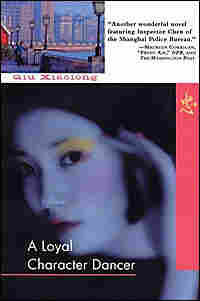 Read an excerpt from Qiu Xiaolong's second book, A Loyal Character Dancer, in which Chief Inspector Chen's loyal sidekick, Detective Yu, is disillusioned with his career in the police force.

In his childhood, he had nurtured dreams about a career in the police force, listening to his father's stories about solving cases. A few years after he became a cop, however, he had few illusions left about his career... Nevertheless, Detective Yu took his job seriously, believing he could make a difference in other people's lives. He had developed a theory about being a good cop in China now. It depended on one's ability to tell what could and what could not be done effectively. It was because there were many cases not worthy of hard work as the conclusion was predetermined by the party authorities. For instance, the outcome of those anti-government-corruption cases, in spite of all the propaganda fanfare, would be only to swat a mosquito, but not to slap a tiger. They were symbolic, only for show. So, too, this investigation, though not part of a political investigation, seemed to be merely a matter of form. And that was perhaps true of the Bund park case, too. The only effective action would be to uproot the triads, but the authorities were not ready to do so. 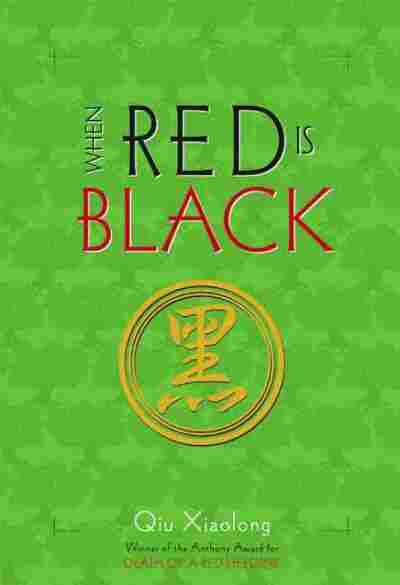 When Red Is Black 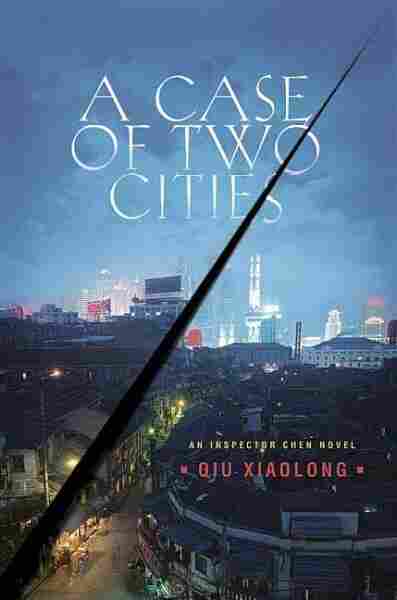 A Case of Two Cities

by Qiu Xiaolong and Xiaolong Qiu 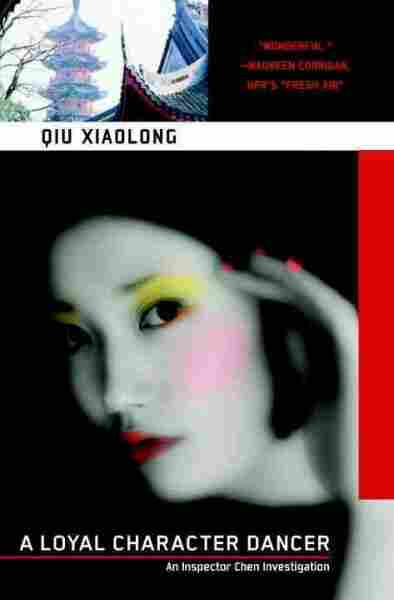