Accessibility links
A Soul-Singing Dynamo Gets Her Day Every month seems to bring another rediscovered talent from the golden age of soul music — someone who was little more than a footnote during the outbreak of amazingness that distinguishes that fertile era. What makes Lorraine Ellison's case puzzling is the remarkable consistency of her work. 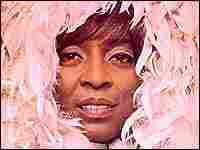 Lorraine Ellison deserves to be more than a footnote from the golden age of soul. hide caption

What explains why so few people heard Lorraine Ellison during her recording career? Was it, as the liner notes suggest, a case of ineptitude on the part of the record label?

Stay with Me [Mono Single Version] 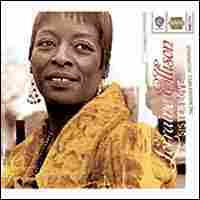 Between 1966 and 1973, Philadelphia singer-songwriter Lorraine Ellison recorded three albums and a bunch of scattered tracks for Loma Records, the nascent "soul" division of Warner Bros. Of that output, only three songs ever hit the chart, including her torrid first single "Stay With Me" (audio). The rest of the material, including a stack of thrilling demos such as "You Can't Slow Me Down" (audio), has, until recently, been gathering dust in the vaults. The just-issued three-disc limited-edition Sister Love rectifies that, re-introducing a dynamo who never got the recognition she deserved.

Every month seems to bring another rediscovered talent from the golden age of soul music — someone who was little more than a footnote during the outbreak of amazingness that distinguishes that fertile era. What makes Ellison's case puzzling is the consistency of her work: Just about everything on these discs is strong, and much of it resides on the level of "Stay With Me"; in other words, definitive hear-me-roar singing rivaled only by the Patti LaBelle pantheon. From her first session through her more rhythmically assertive later records, Ellison put herself on the line every time. Even her adlibbed asides establish that she's deep inside the feeling of a song, a knack that makes her covers (of Jimmy Cliff's "Many Rivers to Cross" or the Hollies' "He Ain't Heavy, He's My Brother") particularly stirring.

Ellison, who died of ovarian cancer in 1983, came up in gospel, having led a family group out of her home in North Philadelphia and frequently written and recorded songs that exhibit a strong sense of faith. The biggest surprise of this set arrives on the previously unreleased demos, recorded in 1972 during a time when Ellison was having trouble with her label. Accompanying herself on the piano, Ellison sings the tunes simply, with an emphasis on her sweet, plaintive melodies. She's clearly imagining elaborate orchestration and a full rhythm section. Those touches would have been nice, but they're hardly necessary, as Ellison, still in command of that mighty voice, gets to the essence of the music all by herself.