Accessibility links
Coffee: A Little Really Does Go a Long Way For people who love coffee, it's more than just a drink. The morning cup is part ritual, part pick-me-up. But what most people don't know is that a small amount of caffeine can give many people the lift they want, without producing jitters.

Listen
Coffee: A Little Really Does Go a Long Way 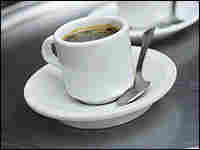 Experts say a small amount of caffeine can give many people the lift they want without producing the jitters. Simon Marcus/Corbis hide caption

How Much Pick-Me-Up Is in Your Cup?

Researchers Laura Juliano and Roland Griffiths conducted an extensive survey of caffeine content. Here, a chart describing how much caffeine to expect in a selection of popular products.

Caffeine content varies from brew to brew, so it's hard to know how much you're getting. It depends on everything from the roast and grind to your barista's technique – and the rain in Kenya.

Here, tips on how to make sure your java jumps, from Joseph DeRupo of the National Coffee Association:

Serving Size: The industry standard for a cup is six ounces, but most people super-size their coffee to at least 16 ounces (that's a "grande" at Starbucks). That amount of coffee could deliver as much as 400 milligrams of caffeine. Studies suggest just 100 milligrams of caffeine (the amount in a six-ounce cup) are needed for the average person to get a lift — so watch out for buzz overload.

Type of Bean: Of the two commonly used coffee plant varieties, arabica beans have half the caffeine of robusto beans. How do you know which you're drinking? Some companies, like Starbucks, advertise that they use only the more expensive and flavorful arabica. It's not a point of pride if your coffee is made with robusto, but it will give you a bigger buzz, ounce for ounce. Plant growing conditions, such as soil moisture, also affect caffeine content, but that's out of your hands.

Roast: Darker roasts actually have less caffeine than light roasts, even though the flavor is stronger. Roasting burns off some of the caffeine, so opt for a dark French or Italian roast for a less jolting cup.

Grind: Rougher grinds create more tiny surfaces on each grain of coffee. This allows more caffeine to seep out of the bean and into your brew. If you're buying your own grinder, a "burr" grinder yields more caffeine, while a "blade" grinder leads to a more laid-back cup.

Brewing: In general, the longer you brew, the more caffeine you get out of the beans. So a long steep in a French press yields more juice than a drip maker.

Espresso vs. Coffee: Despite its eye-opening reputation, espresso actually contains less caffeine than brewed coffee, due to its deep roast and quick brewing. You can actually drink three shots of Starbucks espresso and get about the same 195-milligram dose as a 12-ounce coffee. — Erika Engelhaupt

"It sort of gives me a lift," says long-long-longtime coffee drinker Rich Warwinsky. "And if I manage it well and drink it two or three times a day, half and half, I'm not too crazed."

With this description, it sounds as if Warwinsky is referring to a drug habit. And in fact, he is.

"Caffeine is a drug that can affect our central nervous system and affect some pretty important areas of our lives," says American University caffeine researcher Laura Juliano.

And it's a drug with pros and cons. Caffeine can help put us in a good mood in the morning or help us focus on a task at hand. But it can also make us anxious and interfere with sleep. Juliano is trying to figure out exactly how much she can tolerate. She drinks a little bit of caffeine from coffee first thing in the morning. During a late-morning break at a campus cafe, she ordered decaf.

"Even having it now may have an effect on my being able to fall asleep tonight," she says. "There's research to show that people who have caffeine in the morning can take longer to fall asleep that evening."

Sensitivity to caffeine varies widely from one person to the next. Researchers believe part of the equation is genetic makeup, part is body weight. Also, eating a meal just before consuming caffeine can slow down the stimulant's effect. Smokers can often tolerate more caffeine because nicotine is thought to stimulate the enzymes that break caffeine down.

Juliano says age is another factor.

"People become more sensitve to caffeine as they get older. We require liver enzymes to break down caffeine. And as one ages, there are just changes in our metabolism."

As a general rule of thumb, most caffeine users need a surprisingly small amount of the stimulant to enjoy its pleasant effects. Studies show that 100 milligrams -- just a 6-ounce cup of a typical automatic-drip coffee -- produces a lift.

But a higher dose can cause problems.

Keeping your daily dose of caffeine under 400 milligrams can be tricky because it's hard to know how much caffeine is in any given cup of coffee or tea.

One study published in the Journal of Analytical Toxicology by researcher Bruce A. Goldberger of the University of Florida College of Medicine shed light on the variability of caffeine content. His research found that 16 ounces of caffeinated coffee from Starbucks had 100 milligrams more of caffeine than the same serving size from Dunkin' Donuts. The study also found that Starbucks' caffeinated breakfast blend, purchased at a Florida store, varied greatly in its caffeine content from day to day. One day, a 16-ounce cup had 259 milligrams of caffeine. Another day, the same size coffee contained 564 milligrams.

Tea offers a much gentler lift. A cup generally contains from 30 to 90 milligrams of caffeine, depending on the variety and how long the bag is steeped. Sodas typically have the least caffeine. A 12-ounce Diet Pepsi, for example, has 36 milligrams.

When people ask Juliano about how to manage their caffeine intake from coffee, she sometimes turns them on to espresso drinks.

Let's say you order a cappuccino, which is made with espresso. "You're actually getting far less caffeine than if you were to get a drip coffee," Juliano says.

"People often think, 'Oh, I had espresso and I really had a jolt.' But in actuality, it could be a better amount [of caffeine] to consume because you're keeping it under 100 milligrams a day, and that's what we recommend, in terms of getting a little boost."

The challenge of our caffeinated society, where eight in 10 adults report consuming caffeine, is that many people fall into dependency without realizing it. What starts as one cappuccino a day can escalate. When this happens, Juliano says, it's not terribly alarming. Compared to classic drugs of dependence, caffeine is considered safe. But there is a downside, which becomes apparent when you skip a day and go into withdrawal.

"The No. 1 symptom you hear people say... is 'Oh, I get this pounding headache,'" Juliano says.

If a caffeine-dependent coffee lover doesn't want a morning pick-me-up on the weekend, cutting back to half a cup is one solution. That little bit of caffeine "may prevent withdrawal," she says.

University of Florida Study on Caffeine Content in Specialty Coffees 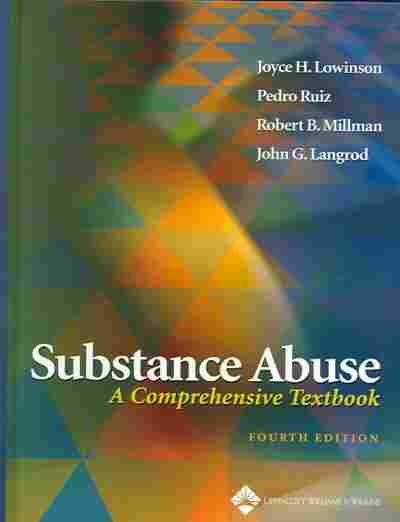