Accessibility links
Tracey Ullman Takes on Knitting Tracey Ullman is a singer, impressionist, dancer, comedienne and actress. And now she can add another title to her extensive repertoire: knitting guru. Ullman has just co-authored a book about everything yarn-related. 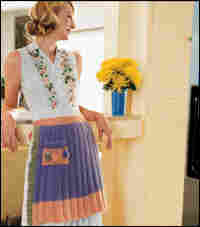 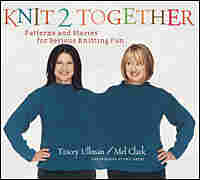 Tracey Ullman learned to knit as a child growing up in England. She became an avid knitter while filming the movie A Dirty Shame in Baltimore. STC Craft hide caption

Tracey Ullman has worn many hats during her career. She is a comedienne, impressionist, singer, and dancer and has won seven Emmy Awards for her HBO series Tracey Takes On.

Now she's wearing another hat -- a knitted one.

In Knit 2 Together, Mel Clark provides the unexpectedly enticing designs, from a flirty apron to a chic doctor's bag while Ullman provides the contagious zeal of a recent knitting convert.

Ullman learned the basics of knitting from her mother, but it wasn't until decades later that she picked up the needles again. She was filming the John Waters movie A Dirty Shame when she saw an unusual knitting store in Baltimore.

"It was the window of this yarn store," she says. "It was like, edible -- the colors and the textures of this wool -- and it was bamboo baskets and needles and it was so different from when I was a child -- all this awful acrylic post-war wool."

Ullman signed up for knitting lessons in Baltimore and quickly became addicted. When she returned to Los Angeles, she visited her local craft shop, where bags of yarn line the walls. One such tempting ball of yarn even led to a hand covered in band-aids.

"I knitted with some very tough wool," she says. "I was obsessed and I was making a bag and I couldn't stop. In the morning, I literally had blisters on my fingers."

It was that very compulsion that inspired 16th century inventor William Lee to invent the first knitting machine. He was courting a woman so obsessed with knitting that she had no time for romance.

On the other side, there's the "sweater curse" -- the superstition that if a young woman knits something for a man before they’re married, they’ll break up. Clark insists that superstition is false, though she admits that there is still a subtle stigma attached to knitting. She says one customer told her that her boyfriend said it made her look old.

But knitters are actually getting younger.

Take Clark's daughter, who is an active knitter.

"My daughter works [at the knitting store] during the summer, when she's home from college," Clark says. "She and I will work all day, helping people with their projects. And then we race home, she kicks off her shoes and says, 'Okay! Let's knit!"

Ullman chimes in, "And you said she says, 'Oh Mom, let's watch something like Sense and Sensibility, make tea, let's hope it rains, and we'll knit together.' That's what me and Mabel [Ullman's daughter] do together. It's like a woman's birthright to knit. It's primal. It's timeless. You don't need electricity to knit. You can do it with a candle, girls!"

Ullman also says that knitting keeps her calm during stressful flights, though she envisions losing her needles to airport security.

"My nightmare is that I'll have done this wonderful piece and they'll say to me, 'You gotta take it off the needles ma'am!'" she says. "No! Please don't make me. 'You gotta pull it off the needles! You can't take that on board.' Can you imagine what a horrible thought? Please not my needles!" 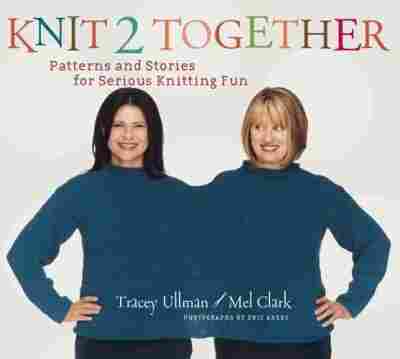