Accessibility links
Joe Lovano, Returning to 'The Birth of the Cool' On a new CD, Streams of Expression, tenor sax player Joe Lovano performs three songs arranged by Gil Evans for the Miles Davis Nonet. The selections form the origins of the "cool sound" in jazz. They're part of a suite sewn together by Gunther Schuller, who played with Davis.

Listen
Joe Lovano, Returning to 'The Birth of the Cool' 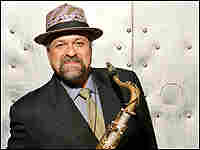 Joe Lovano's idea: Offer his own interpretation of music he heard and loved early in his jazz appreciation days. Jimmy Katz hide caption 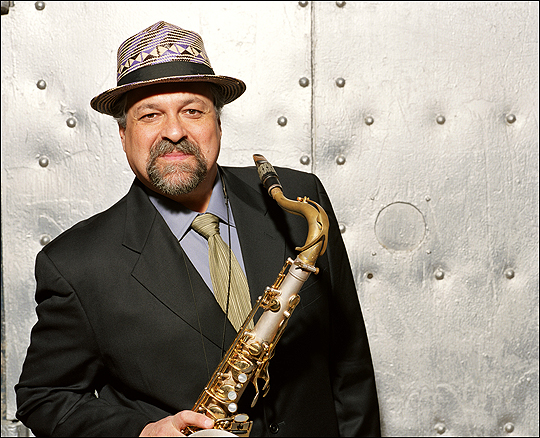 Joe Lovano's idea: Offer his own interpretation of music he heard and loved early in his jazz appreciation days.

The Birth of the Cool Suite: Boplicity/Postlude

The Birth of the Cool Suite: Prelude/Moon Dreams

Tenor sax player Joe Lovano has revisited some of the most beautiful jazz orchestrations ever recorded, the Miles Davis records known as "The Birth of the Cool."

On his new CD Streams of Expression, Lovano performs three songs arranged by Gil Evans for the Miles Davis Nonet. They're nested in a suite written and arranged by Gunther Schuller.

Lovano says his goal in playing "Move," "Boplicity" and "Moondreams" was to say something new with music he grew up hearing and loving. But he did not want to copy Davis and Evans.

"If I tried to play what Miles played... and it sounded like I was sounding like Miles on a bad day... then I wouldn't do it," Lovano says. "The beauty in the history of jazz," he says, "is that each player has an opportunity to be himself, stand on his own two feet and say something in the music."

The Miles Davis Nonet's subtle harmonic shadings marked the beginnings of what came to be known as the "cool sound" in jazz. Among the musicians was Schuller himself, a young French Horn player. He can be heard on four of the band's 12 78-RPM records.

For Lovano's new recording, Schuller didn't mess with the jewel-like perfection of the Gil Evans arrangements. He made slight adjustments to accommodate Lovano's 12-piece orchestra, adding flute and tenor sax parts. And he added new connecting material to turn three songs into a suite.

Lovano says he will perform the suite in Europe and New York this fall.

Present at 'The Birth of the Cool' 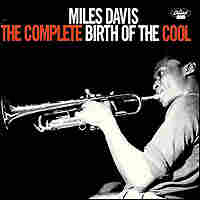 In 1998, a remastered version of the original Miles Davis Nonet works was reissued on the Blue Note label. hide caption

The music eventually collected on The Birth of the Cool grew out of informal jam sessions at Gil Evans' apartment on 52nd Street in the late 1940s. Some of the best young beboppers in town showed up, including piano player John Lewis, drummer Max Roach, alto player Lee Konitz, and the late baritone saxophonist Gerry Mulligan.

In a 1980 interview at his home in Darien, Conn., Mulligan said the musicians used to have long theoretical conversations about how to incorporate the new small-combo bebop sound -- pioneered by Charlie Parker, Dizzy Gillespie and Thelonious Monk -- into an orchestral setting.

"Through these conversations, and the number of people, musicians that wandered in and out of Gil's place, it was really a great period for exchange of ideas, and the creative atmosphere was highly charged," Mulligan remembered.

The instrumentation that emerged came to be known as "The Birth of the Cool."

Mulligan conceded that the remote sound of "cool" jazz also grew from the musicians' use of heroin.

"A lot of the things wouldn't have been accomplished if it hadn't been for the addiction," he said. "In the end it was a very destructive force. But I think one of the things that it helped the musicians accomplish was... making our own microcosm of social connection."