Accessibility links
'Abadazad' Heroine Casts Spell on Girls and Boys Author J. M. DeMatteis and illustrator Mike Ploog are the creators of a series of graphic novels called Abadazad. The books concern a modern-day girl who discovers a 19th century novel and the elderly woman who had been the inspiration for those stories. It's a dark tale, something the authors thought was important to do — the heroine is cool and tough enough to make her palatable even to little boys. Michele Norris talks to DeMatteis and Ploog.

Author J. M. DeMatteis and illustrator Mike Ploog are the creators of a series of graphic novels called Abadazad. The books concern a modern-day girl who discovers a 19th century novel and the elderly woman who had been the inspiration for those stories. It's a dark tale, something the authors thought was important to do — the heroine is cool and tough enough to make her palatable even to little boys. Michele Norris talks to DeMatteis and Ploog.

And now an introduction to the world of Abadazad. If you've never heard of Abadazad, that may change soon. It began as a fantasy comic book series about a petulant teenage girl and developed a cult following.

After the original publisher went bankrupt, Disney's publishing company stepped in to translate the comic into a series of graphic novels aimed at kids. And thanks to an enthusiastic reception by young readers, the kind of playground buzz that children's book publishers dream of, Abadazad is developing a legion of devoted readers.

NORRIS: The Abadazad series is writing by J.M. DeMatteus. He's a veteran comics writer. And it's illustrated by Mike Ploog, an accomplished animation artist. The first two books in this series are The Road to Inconceivable and The Dream Thief. J.M. joins us from our New York studio and Mike Ploog is in Peyton, England. That's in the county of Devin.

And, J.M., give us a quick synopsis in this story. What is Abadazad all about?

Mr. J.M. DEMATTEUS (Author, Abadazad): Well, one of the wonderful conceits of the story is that within the story itself there have been a series of books called the Abadazad series, written in the late 1800s and early 1900s. And there's a girl named Kate and her little brother Matt. They bond together over these books.

And one day when Kate is nine and Matt is six, they go to a street fair in Brooklyn, and Matt gets on a ride and the ride goes around and around and then it comes around and he's not there. And he disappears. And five years later and Kate's a cynical, obnoxious, sarcastic 14-year-old. And she meets this old woman who claims that she is the main character from the Abadazad books.

She leaves Kate this magical blue globe, which is the doorway to Abadazad itself.

NORRIS: Now, Mike, you worked with the great Will Eisner. And, J.M., you wrote some of the Captain America and Amazing Spiderman stories. How did that prepare you for this, putting together a graphic novel for children?

Mr. MIKE PLOOG (Illustrator, Abadazad Series): Actually there's really no preparation for it. I mean either you really want to do it or you don't. It's not probably as high profile as Spiderman, but it's a lot more fun. It's something that I seem to have been waiting for for a long time.

NORRIS: How did you come up with the concept and how did you settle on that name, Abadazad?

Mr. DEMATTEUS: Well, the original idea goes back at least 20 years. And in the original story, the old woman turned out to be Dorothy Gale from the Oz books. I thought, what a cool idea. And then I, you know, couldn't sell it and I put it away and I forgot about it until summer in the mid to late '90s.

And I'm very cleverly avoiding answering your question, because Abadazad, if you read the books, was dreamed into being and named by a being called the Floating Warlock, and he's the only one that knows where the name came from or what it means. So I can't help you.

Mr. PLOOG: Ah, see. He was avoiding the answer. I've asked him a million times.

NORRIS: It's a wonderfully delightful book but it's also really dark. Right from the beginning, the first line in the book - "Guess that's what divorce wars do to kids. You either sink alone or you swim together."

Dad's gone, mom's a depressed alcoholic who shows up at school in the middle of the day to drag the kids out of class for no reason. And the main character, Kate, is this lonely teenager who pines for her missing little brother.

Mr. DEMATTEUS: But that's what I wanted to do. You know, I grew up in Brooklyn. My feeling is where are the fairytales for the kids from Brooklyn? Where are the stories about people - and I think that's a lot of us, if not most of us -that grew up in situations that were not always tremendous fun, that had struggles and had pain? So I wanted Kate to be real.

NORRIS: Who was the inspiration for Kate?

Mr. DEMATTEUS: Well, the name came from my daughter, because I've been telling her Abadazad stories since she was probably three and she's 12 now. But the character herself is Kate. Although I have to say, despite the fact that she's female, she probably has a lot in common with who I was when I was a teenager.

NORRIS: She's a teenager, but she still has this sort of round, cherub-like features of a child. And Mike, that's where you come in, in sort of leavening this very dark story with a bit of fantasy through the art.

Mr. PLOOG: When I first started doing Kate, one of the things that stuck out in my mind was the fact that she really had to be really a cool gal. Kate has kind of a punk hairdo that's spiky and unkempt. Cut short in the back with kind long tassels along the very front. She's got a face that I can manipulate as an artist.

Mr. DEMATTEUS: Mike really animates on the page. Even though it's just a static page in a book. And you look at it and it's like you're looking at a movie.

NORRIS: Do the two of you test this out on your own kids?

Mr. DEMATTEUS: Yeah. I've been telling my daughter Abadazad stories since way before there was an Abadazad book. And she's at the point now where she's more of an expert than I am. So I get the proofs of the book and I hand them over to her and she proofreads them. And comes into my office and says, you made a mistake over here and there's a contradiction over there and you can't do that.

Mr. PLOOG: Yeah. She does editing on my part too. I mean I get these e-mails. J.M. has said now, Kate said this. And I'm thinking, I not only have to deal with him, I got to deal with the kid too.

NORRIS: J.M., Mike, it's been a pleasure to talk to both of you. Thanks so much.

Mr. PLOOG: Thanks a lot, Michele.

NORRIS: J.M. DeMatteus is the author and Mike Ploog is the illustrator for the Abadazad Series. The first books in this series are The Road to Inconceivable and The Dream Thief. 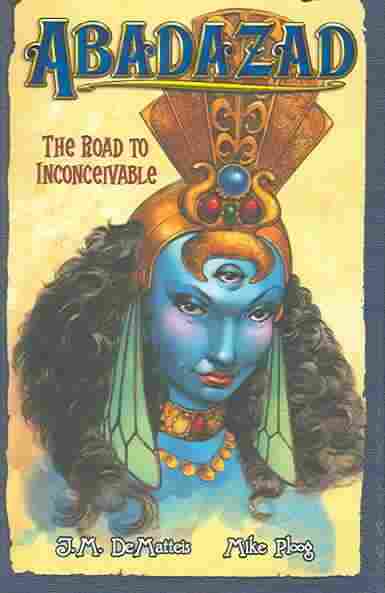 The Road to Inconceivable 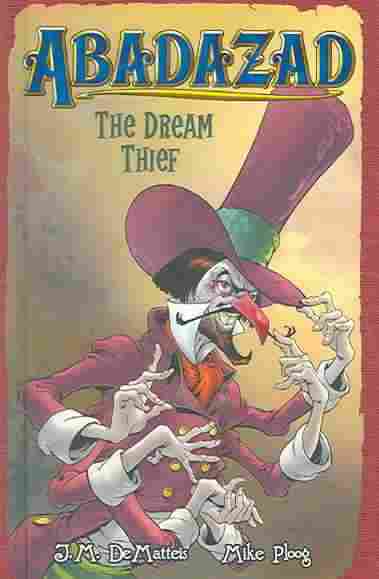 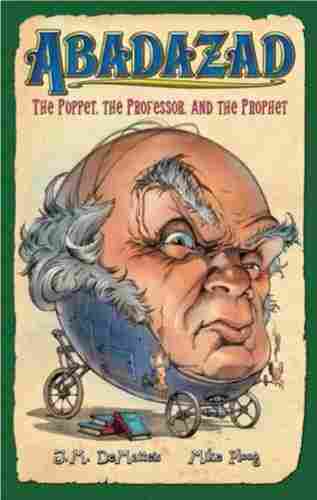 The Puppet, the Professor And the Prophet

Title
The Puppet, the Professor And the Prophet
Author
J. M. Dematteis and Mike Ploog