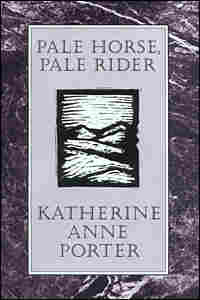 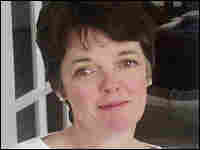 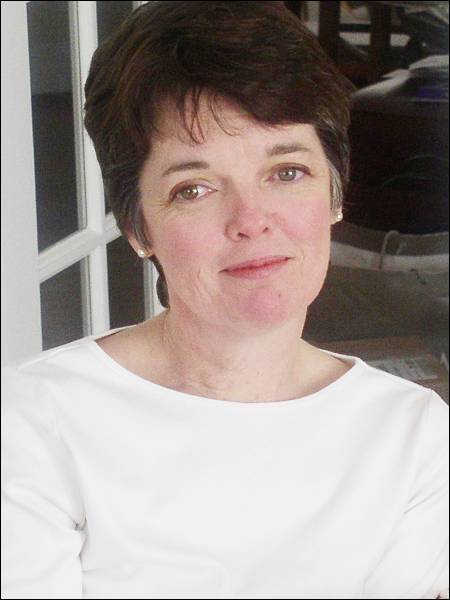 Alice McDermott's most recent novel, After This, was published last month. Her other novels include A Bigamist's Daughter, That Night and 1997's Charming Billy, which won the National Book Award for fiction. The recipient of a Giles Whiting Writers' Award, McDermott now teaches writing at Johns Hopkins University in Baltimore. She lives in Bethesda, Md., with her husband and their three children.

Call them buttonhole books, the ones you urge passionately on friends, colleagues and passersby. All readers have them -- and so do writers. All Things Considered talks with writers about their favorite buttonhole books.

Last spring, when I assigned Katherine Anne Porter's Pale Horse, Pale Rider to my graduate students at Johns Hopkins University, one young woman brought to class a beautiful hardbound edition of the 1939 work. The rest of us with our paperbacks -- mine a yellowing, $1.25 version from my own undergrad days -- were duly impressed.

The student had found it online, she explained: a library discard. She opened the book to show us the single word -- Discard -- stamped, upside down and in fading ink, on the first page. Beneath it, in darker ink, another stamp said, "Withdrawn because," followed by three categories: "Bad Condition, Out of Date, Low Demand."

There was a hasty X marked in blue ink beside "Low Demand."

I haven't been punched in the stomach since the roughhousing-with-brothers days of my childhood, but I recognized the pain.

The three short novels that make up Pale Horse, Pale Rider -- Old Mortality, Noon Wine, and the title story itself -- ask in turn the three questions that, as the critic Mark Schorer put it, humankind has always asked: What were we? What are we? What will we be?

Old Morality addresses the first of these: It is a coming-of-age story about the self-deceptions that can turn a family's history into both romance and burden.

Noon Wine shows how the easygoing past can be transformed in an instant into a terrible present -- not arbitrarily, not accidentally, but as the result of the accumulation of the trivial flaws, misjudgments, skewed intentions that make us human. It is a Greek tragedy set on a South Texas farm at the turn of the last century.

But it is where we find ourselves in this century that makes the title story of Porter's collection one that must be read.

Porter's heroine in Pale Horse, Pale Rider is Miranda, a child in Old Morality and now a young woman working for a newspaper in Denver. It is 1918, in the midst of both World War I and the influenza epidemic, a concurrence that one character gives a decidedly contemporary spin: "They say that it is really caused by germs brought by a German ship to Boston," she tells Miranda. "Somebody reported seeing a strange, thick, greasy-looking cloud float up out of Boston Harbor."

Funeral processions pass regularly through the streets, but Miranda is falling in love with a young soldier and determined not to disturb "the radiance which played and darted about the simple and lovely miracle of being two persons named Adam and Miranda, twenty four years old each, alive and on earth at the same moment."

But, as persistent as the pale rider of her dreams, there is always "the war, the war, the War to end War, war for Democracy, for humanity, a safe world forever and ever."

"The worst of the war is the fear and suspicion," Miranda tells Adam. The people who look as if they had "pulled down the shutters over their minds and their hearts ... ready to leap if you make one gesture or say one word they do not understand instantly ... It's the skulking about, and the lying. It's what war does to the mind and the heart..."

Porter writes: "So that's all settled. With her fingers flattened on his arm, Miranda was silent, thinking about Adam. No, there was no resentment or revolt in him. Pure, she thought, all the way through, flawless, complete, as the sacrificial lamb must be."

There is enough intelligence, wit, heartache, profundity and marvelous prose in the 50 pages of this short novel to have kept demand for it high, even across the seven decades since it was first published, but apparently those enduring qualities have proved insufficient. Let me add then "Relevance to Our Time" as yet another recommendation for Pale Horse, Pale Rider.

Porter herself wrote that the arts "are what we find again when the ruins are cleared away." We discard voices such as hers at our peril. 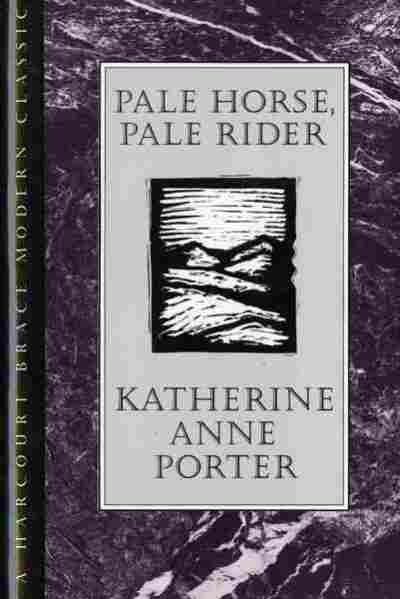